For NEUTRO Sophie Westerlind tells through drawing the memories that bind her to her two grandmothers and the moments she shared with them during her last stays in Sweden. A look into their intimate space, in which the things that surround them are telltale of their presence: Siv’s Nivea cream is still on her nightstand, Ingrid’s old dancing shoes.

When I imagine Ingrid and Siv inside their homes, surrounded by their personal belongings, I feel close to them. While drawing, I seem to recall and understand their gestures better

These six compositions become six attempts to tell their presence within their personal space. The space-time dimension is all their own, the resemblance was not important. The drawings had to tell something about the presence of Ingrid and Siv in their intimate space, but they are also a way for the artist to remember and understand these two figures, once maternal, whose gestures now seem almost childish. For Westerlind drawing has always been a personal and intimate activity that can also help you to interact with the people around you while you’re at it.

Drawing is a virtually soundless and relatively clean activity which hardly anyone finds annoying. It is inexpensive and doesn’t always have to be sold or traded.

And the final result does not even have to be shared. You can close your sketchbook and tuck it away if what’s on the inside is too personal to disclose. With these works, the artist instead decides to show part of her closest emotional bonds by trying to trace their life-size bodies and their familiar gestures, interpreting the body language that originates from her memories. Approaching this technique on large dimensions for the first time, the artist worked creating a light texture with the various colours, trying to find a chromatic balance by combining many small intertwined signs. Moving closer to observe the details you can see how drawing with oil pastels does not allow you to erase any ‘mistakes’ as every sign remains visible. Paper reveals everything. The same close-up view is shown in the publication, in 100 copies, that comes with the exhibition and contains the details from Sophie Westerlind’s works and a text by the English photographer Isabelle Young who narrates in a personal and autobiographical style, made of text and photos, her return to Venice, the encounter with the drawings in Westerlind’s studio and some of the thoughts that have arisen.

Sophie Westerlind (1985) draws and paints mostly from life, stimulated by the experience and the impact that people, spaces and things have on her. She holds a BA from Central Saint Martins and an MA from Royal College of Art. Her interest in interpreting body language and interpersonal relationships brought her to the Accademia di Belle Arti di Venezia, to specialize in anatomy and the expressive potential of the human body. She exhibited at Museo Diocesano di Belluno-Feltre, and at the Museum of Antiquitites in Stockholm; has been artist in residence at Ex-Eni Village in Belluno, at Fincantieri’s construction site in Venice, and in Fano at Lido Contemporaneo. Sophie lives and works between Sweden and Italy.

Isabelle Young (1989) is a London-based photographer currently studying for an MA in Photography at the Royal College of Art, London. Sight and the novel are central to Young’s work. Her perspective is informed by literary narratives which actively play with time and point of view, and in turn shape the photographs she takes. Her practice also includes self-published photobooks and film installations which combine analogue photography with cinematic narratives.

NEUTRO is an uncommon exhibition project that invites contemporary artists and photographers to freely experiment in its peculiar location, where the usual relationship between the artwork, the site and the public are missing and the art pieces are installed in a new context. Six commercial windows become a display through which the artist can interact with the public under its constant and unpredictable gaze. A simple action like exploiting some empty showcases in the city centre manages to casually multiply the occasions to establish a meeting, filling the void between the artwork and the public. The commercial windows are situated in the main street of Reggio Emilia, but they do not have a precise address: sometimes they go unnoticed by passers- by in a rush, while other times they force them to stop and have a look. An improvement in their purpose, an disruption in the urban structure that aims at changing fixed habits letting the public react in different moments and ways. Every exhibition is accompanied by an essay which describes the artist’s intervention from the point of view of a third person, who is external to the project itself.

Past Interview with NEUTRO 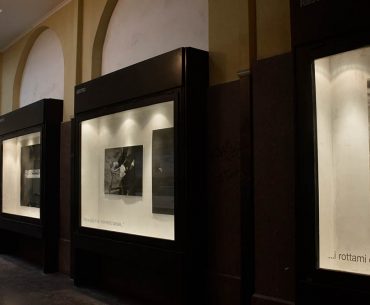 NEUTRO 6X 240×160 /180X160 – I was walking in a sort of back-alley* under Vienna’s relatively warm weather when I received Silvia’s, one of the three-team members of NEUTRO, interview reply.