Exhibition. Age of the Solastalgia

The unpredictability of familiar natural processes, the rapid and dramatic transformation of a familiar landscape or neighborhood, is an experience that can have psychic consequences for the individual. It can cause a sense of loss, uncertainty, grief, sorrow and fear.
PRESSE: ERKA SHALARI - Text: Erzsébet Pilinger - PHOTOS: COURTESY OF HANS KNOLL GALLERY
11. Oktober 2021
Share
Share on Facebook Share on Twitter Pinterest Email

As a consequence of persistent anxiety, a psychosomatic, diagnosable illness can develop, as the environmental philosopher Glenn Albrecht observed and analyzed after the turn of the millennium. He labelled the symptom complex, a special form of melancholia associated with intense destruction and lack of shelter, first among Australian farmers and indigenous peoples and later in mining areas, opencast mining and around power stations, solastalgia.

By combining elements of the Latin words solari (linked to the sun, earth), solacium (relief, solace, shelter) and the ancient Greek algia (pain), the term, inspired by the word nostalgia, refers both to the situation that gave rise to the syndrome, its melancholy-like nature and the need for a cure. Whether it is the result of a storm, flood, drought, industrial activity, pollution, deforestation or property development, the rapid and excessive transformation of a familiar landscape is associated with a sense of powerlessness, loss of control, social isolation and loss of home, even though the person is not physically distanced from their original environment.

In many ways, this is similar to the insatiable homesickness, often fatal, of soldiers forced abroad for long periods in the 17th century. For those who suffer from solstalgia, the alien and fearful environment makes it impossible for them to carry out their activities and to remember, and can lead to an identity crisis and memory loss. This can be exacerbated by the need to leave home and change lifestyle, and the uncertainty of the future.

The speed and magnitude of climate change, the rampant exploitation of resources and the loss of biodiversity, will lead to more and more people experiencing solastalgia, Albrecht believes. And so the psychosomatic consequences of ecological transformation are dramatically changing the livelihoods of entire communities. The now ubiquitous disease can be cured by implementing a vision of ecological psychology. This can be achieved by overcoming the rupture within the ecosystem in its broadest sense, in practice by reining in unsustainable processes and through cultural responses to environmental erosion, including art. Solastalgia thus also represents a form of thinking that is one of the critical narratives of the ecological crisis that has emerged as a result of the capitalocene. Our exhibition presents works that represent the changing landscapes of the solastalgia era, which, sometimes with a touch of humour, also refer to the changes in memory and identity, the processes of psychic and reflection.

In addition to interpreting the ideas traditionally associated with the landscape (sublime, transcendent, idyllic, mythical), they can also be an opportunity to understand how the destruction or survival of the present landscape affects us all personally and deeply, especially now.

We are living in a time of solastalgia, in which the natural phenomenon of contagion, which has intensified as a consequence of environmental destruction, is also causing fear and suffering. And if new concepts such as the Gothic or darkened view of nature, ecogothics and dark ecology, or the idea of the third landscape are included in the process of interpreting representations of landscape, this also leads to the experience that the human and the environmental are not independent of each other: thus the protection of nature – of living beings, of rocks, even of the ’spirit of place‘ known from myths – that is, the protection of the whole planet, is also the protection of all human beings. This raises the question of whether the possibility of collective action with individuals of a living world that has lost its autonomy can be established.

Can a society that does not see all this as cheap nature, organized on a different basis, offer a chance to escape, in James Lovelock’s phrase, Gaia’s revenge? 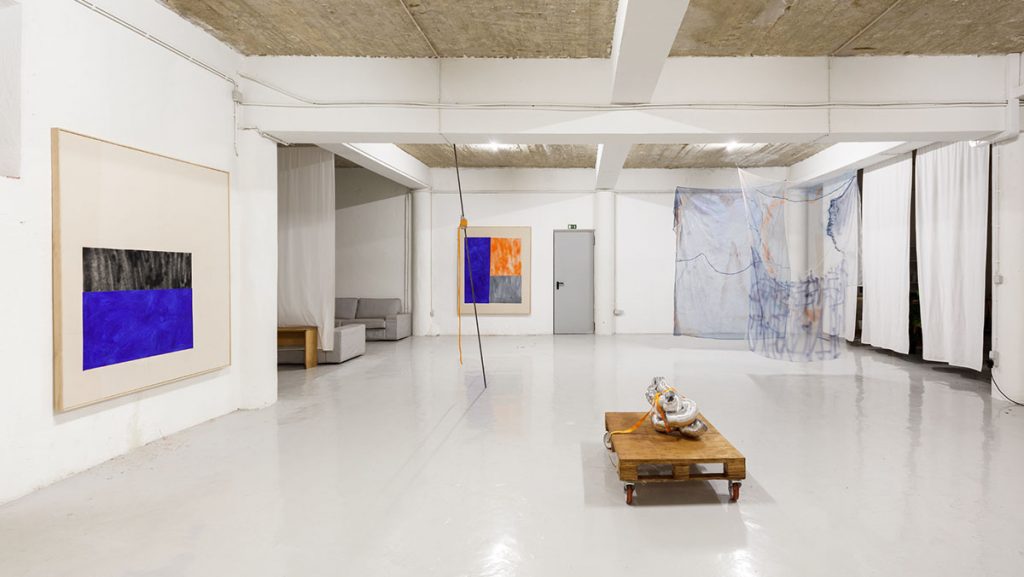 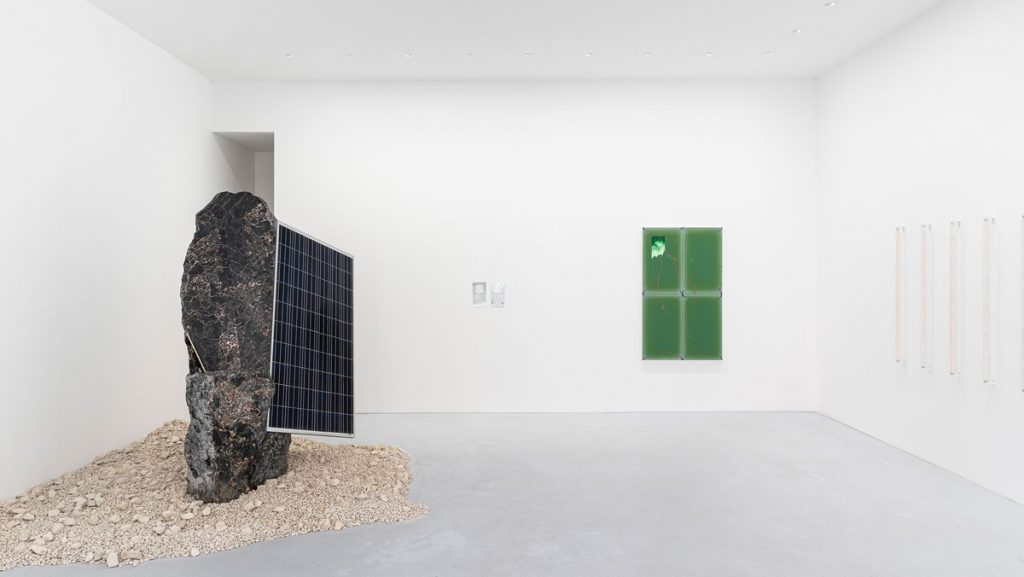 Ausstellung. inventing the past