Monsters Ate My Artworks paraphrases the title of an episode from the American animated series, doubled and aired a while ago in Romania, called Tales From The Cryptkeeper. In the spirit of such an infantile evocation, I present you with an ironic analogy of the narrative built around the third apparition from the series named by Răzvan Năstase in 2021, “Collecting Darkness. Scattering light.“

One at a time, I’ll tell you: I thought of all sorts of pertinent approaches, which are more or less appropriate for ordering the ideas that have slimmed around the artist during the last weeks. To be fair, we did not entrust ourselves to a single piece on which to project the natural structure and the lucid evolution of the working process. Therefore, I am going back to the early stage of his project, last year in March, when he entered the sphere of lights and scenography through experiential trials. Facilitated by glass objects that, hand-in-hand with cutting beams, completed the immersive experience in which you, viewer, get into and stay for various reasons, Razvan remains interested in the directorial reproduction of some aesthetic experiences. Regarding this exhibition (in the space I interpreted ironically as „crypt”), besides laser (the acronym for what Theodore Malmain called in the 60s Light Amplification by Stimulated Emission of Radiation), it would have been about objects as well, but the objects from The National Museum of the Romanian Peasant’s heritage, in a dialogue with lights and sound art, resulting in a call to tradition and new media.

Hypothetically. The reason why the above-mentioned elements intersect, allows the public of the museum to approach the contemporary art space, which matches MNTRplusC’s objective to create a relationship between the local art scene and the specific ancestral aspects of Romanian history. In other words, through the characteristic ornamentation of the provenance’s region and despite the apparent, formal homogeneity, the furniture objects would have communicated small confessional narrativesthat, surrounded by the geometry of the lasers, would have visually reproduced an axis of time and space.

Nevertheless, that was not the case. Dear fellows, because in reality, the big picture has kept only a fraction of the above accounts and has spread, for reasons independent of us, into numerous particles of “let’s see” and “we’re doing well.” Beyond demanding concepts and expectations, the constant remains on the one hand the human energy of an enthusiastic young man and on the other, the stories that formed the core of the exhibition. Hoping not to fall into an abyss of subtleties urges me to suggest you that, for a better understanding of the subtext, you can consider replacing the word ‚Monsters‘ with another one you find more convenient, say maybe ‚cultural institutions‘, ‚bureaucracy‘, maybe ‚this job‘ or ‚my inner demons‘, the list as cliché, so open.

As for the artworks itself, Well, they are a whole. As there was no way to turn around or stop for a moment on the plastic creations, Razvan sat on a director’s chair, leaning his head in the palm of his hand, recalling textures and materials from childhood (hence the green plastic foil) and endowed them with doses of the present; he also remembered how he leaned against the wall at times and had an idea, how recent discoveries about his own identity are decanted among his thoughts et voilà! à la prochaine.

About MNTRplusC: The Romanian Peasant Museum has been and will always be a lively space, therefore the proposal of turning the basement situated under the cinema’s museum (where MNTRplusC program has been running since April 2021) into a field of an artistic experiment is an initiative that aims to coagulate a new community, made up of artists active on the art scene and its followers. Some of the exhibitions opened in the MNȚRplusC space will bear references to the material and intangible heritage of the museum. 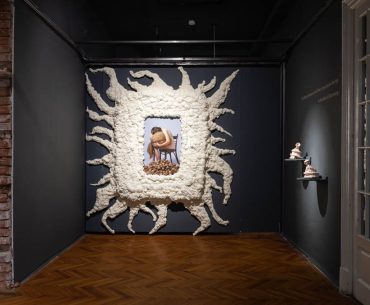 I thought trees stood up straight… I only found out just now. They actually stand with both arms in the earth, all of them. (…) Do you know how I found out? Well, I was in a dream, and I was standing on my head… leaves were growing from my body, and roots were sprouting from my hands. 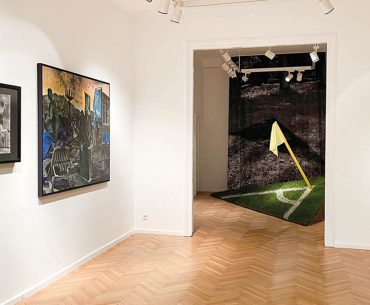 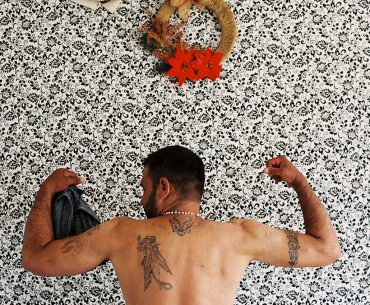 Denise Lobont is currently living in Bucharest, Romania after a period of time studying and working in France in the fine arts and fashion industry. She graduated Bachelor’s in Fine Arts in Bucharest. 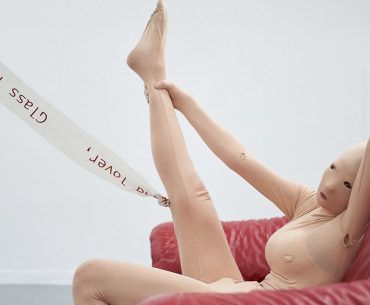 Ioana Sisea transforms the familiar into the uncanny, convention into immanence, static systems of meaning into dynamic ones and vice-versa. Focusing on the socio-symbolic relations. 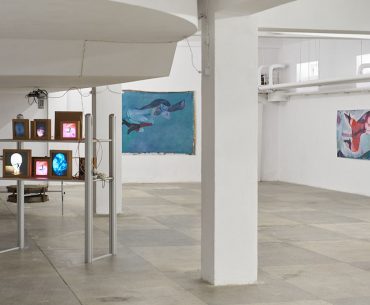 The National Museum of the Romanian Peasant launches a new space for contemporary art production, in the hall located in the basement of building B, under the Horia Bernea Studio, starting with April 6. 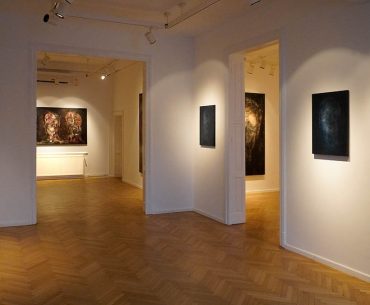 Each canvas painted by Claudiu Lazăr deposits new chimerical states that are difficult to halt. The characters / subjects come to us from the dream world, at the border of narcotic-enlightened states. 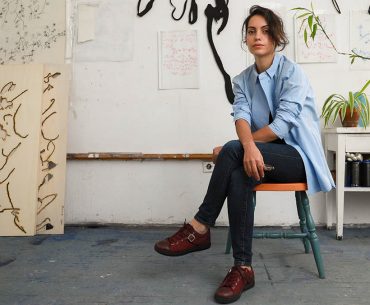 Andreea Albani is a visual artist based in Bucharest, who worked for the last 3 years in Paris and completed her studies (BFA and MFA in Painting) at the National University of Arts in Bucharest in 2011. 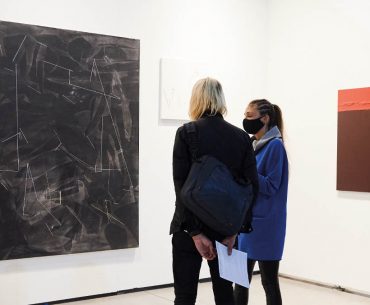 The selection is based on the creation of two artists from generations: the postwar context represented by Vladimir Setran and Andreea Albani which represents the ultra-contemporary segment of the gallery.