BIG IDEAS. Political Ideologies and their aftermath summons political ideologies in a powerful show, composed with plenteous of humor. Captivating artists from different countries of the world have been invited to react toward the exhibition theme.
Text: Erka Shalari - Photos: Barbara Palomino, philomena+
24. Dezember 2020
Share
Share on Facebook Share on Twitter Pinterest Email

They are Sarri Elfaitouri, Soukaina Joual, Yoshinori Niwa, and Kosta Tonev. All of them have been in a way or another testimonies of failed political utopias; today, they question them and analyze the after-effects. The exhibition is curated by Christine Bruckbauer and Elisabeth Piskernik. One can feel the profound knowledge that both of the curators hold concerning the Arab World.

The selected artworks fully encounter each other by building a complete narrative and do invite the audience to discover, or expand geopolitical knowledge. The exhibition opened on the 3rd of December, under this year’s first snow, already at ten o’clock in the morning. Unorthodox daylong openings were made perhaps out of necessity for respecting the COVID-19 rules, but this now has gained flair, seeing a show in the morning is somehow exotic.

When this exhibition was conceived, Vienna was under lockdown, so the show was designed in a way that could be glimpsed or seen from outside. The existing architecture enables it: a large display window, two side vitrines, and a large sidewalk expand the physical gallery space toward the road, the world. philomena+ is known for its concerns regarding public spaces and its participative attitude. The exhibition is built in Acts. I have the feeling that depending on how each Act is organized, the visitor will walk in the space differently. Sometimes maybe, they will stop at the sidewalk and see the exhibition from there. At other times, perhaps they will go around the gallery and watch the displayed artworks. The artworks themselves have an un-hierarchical attitude, they complete and continue each other narratives.

ACT I
During Act number one, large format digital collages from the Libyan digital artist & architect Sarri Elfaitouri were displayed in the wide window of philomena+. The series is called Radical Libyanism. In their togetherness, the collages create an installation. The rest of the gallery is empty. The work of Kosta Tonev and Soukaina Joual is not yet there. Sarri Elfaitouri analyses and interprets the society where he lives. Both city’s past and present are of importance for him. He revives through digital collages the history, its by-gone conquistadors, the architectural influences, the recent war, and the future.

The artist is born in Benghazi, which has been the city with the highest number of Italians during the Italian occupation. Therefore in his assemblages, a lot of Italian connoted architectures have remained, such as a column with the Venice Lion, and passageways between arches. Command words in Italian are written in some parts of the city.

The artworks are mystic, and the usage of these digital layers has the power to bring the viewers to engage with the country’s distant and recent history. Two collage elements gripped my mind: a henna tattooed hand that throws a massive stone (also compared to the collage’s size) to the city and two huge installed eyes. Which purpose do they fulfill? Even though Libya is still under turmoils, we can see the domination of golden layers in Sarri’s work. Is this maybe a symbol of hope?

*Sarri Elfaitouri lives in Libya and is the founder of TAJARROD, a platform for architecture and art, which brings together architects, students, and theoreticians. At TAJARROD, they discuss potentials within cities that had to endure tragedies and tensions, in hopes of reinvention and transformation. 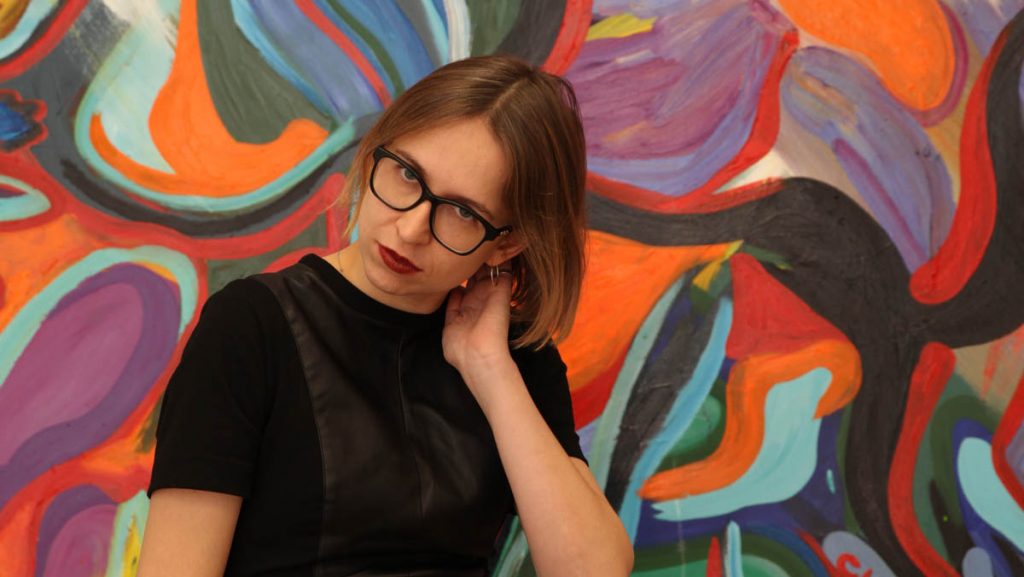