The story of Ios Art Residency #1:  A group of people with common passion for Ios island and the unique beauty of the Cyclades started - with a few members in the beginning - with a vision to help protect the beauty of Ios from the uncontrolled development that results in the destruction of this unique and special landscape.
Curation: Dimitris Foutris   – Coordination: Georgia Voudouri
19. August 2022
Share
Share on Facebook Share on Twitter Pinterest Email

The group grew year by year and became the „Save Ios“ Association. There was a desire from all to help stop the widespread environmental destruction by different self-interested companies promoting a development completely incompatible with the island’s Aegean physiognomy. And for this purpose, it was decided to implement some actions by the association with the aim of strengthening the cultural profile of the island of Ios, and strengthening the presence of contemporary art, in connection with the cultivation of the environmental and social sensitivity of its residents and visitors. The idea of an artist hosting program was born as a possible action of the union. With the support of the Municipality of Ios and the funding of the Ministry of Culture, Ios Art Residency #1 became a reality with the subtitle „Micro-stories of a Changing Landscape“, and in the first phase invited three visual artists, for two weeks in April 2022, to get to know Ios up close. During this time Dimitra Kondylatou, Orestis Mavroudis and Foteini Palpana met and exchanged views with the inhabitants of the island and through field research they produced new works. The exhibition Micro-stories of a Mutable Landscape places the concept of nature at the epicentre, aiming to explore its interaction with everyday culture.

That is, to map elements of the fragility of the Cycladic landscape in the light of the different levels of history (or stories) of the island, whether these relate to the field of human relations – memories, events and emotions or the direct identification of the relationship of the inhabitant with the landscape. It seeks ultimately to raise awareness towards the protection of the environment from the effects of indiscriminate human intervention in it.

Dimitra Kondylatou’s HD video entitled Metaphor, Transporter, tracks exchanges of objects between the inhabitants of Ios island with landscapes in the background, many of which have been touristified. She tried to contact and discuss with as many people as possible as a visitor / outsider who initiates this process to have some sort of access to the local social networks, and as a transporter who carries the objects from one person to another.

Their documentation is presented as a triptych (an artwork made of three pieces), in which the scale shifts as the camera focuses on gestures, interactions, objects, landscapes, interior and exterior spaces, and on human activity -at times visible despite the human absence.

Orestis Mavroudis faithful to the logic of the least possible intervention and the utilization of the already existing infrastructure of the island, with his work entitled ΘΥΜΗΣΟΥ – REMEMBER, transforms a paradoxical information sign from the island’s road network into a vehicle for strengthening personal and collective memory, in a place that is constantly changes.

Through the displacement and reproduction of an existing element of the island’s semiotics, he aims to highlight the narrative richness and poetic dynamics inherent in the public space of Ios.

Foteini Palpana’s work entitled Islands grow – Islands fluctuate, consists of a series of drawings sewn on fabric and an arrangement of artificial rocks and boulders.

These are landscapes in constant transformation, they draw their attributes from isometric grids, abstract shapes and details of the island of Ios and the effect of human intervention on it. of the constant movement and the shaping of places.

The Installation Islands grow deals with the condition of the constant movement and the shaping of places, human activity, displacement and deformation, creating a relationship with time, and the alterations that the ground undergoes. Within the work there are thoughts in relation to the definition of territories where the possibility of access, viewing the beauty of the environment and contact with this common good, is interrupted and delimited by the human factor. 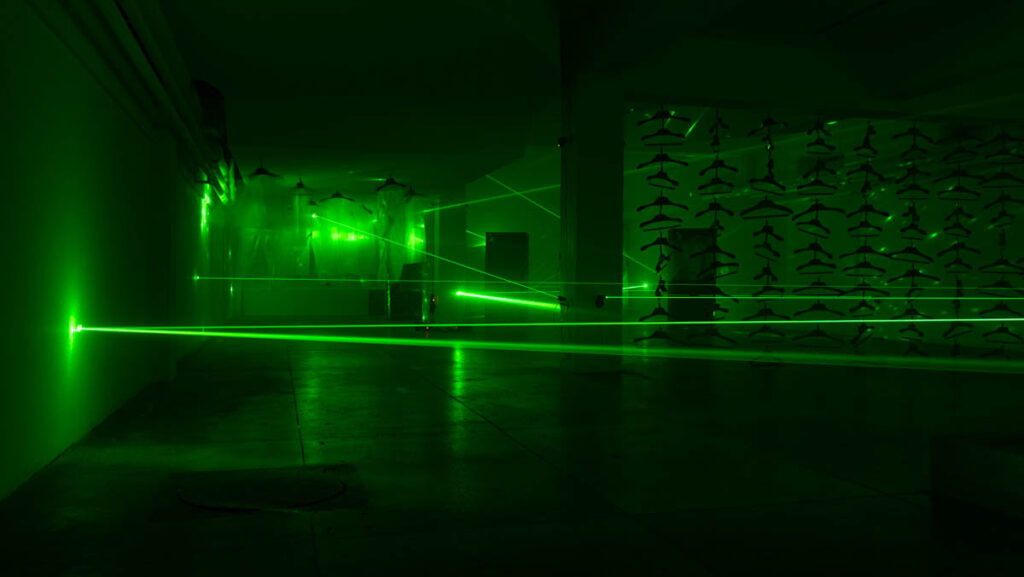 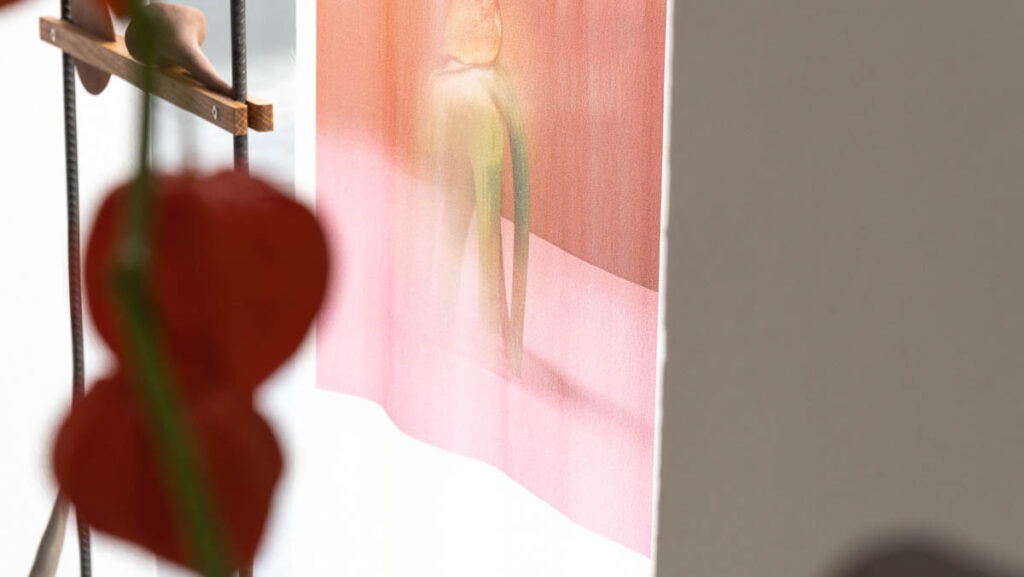