In the unique setting of the Marina Militare, located adjacent to the Arsenale, and which until now has never previously been used during the Biennale Arte, artists Rugilė Barzdžiukaitė, Vaiva Grainytė and Lina Lapelytė present a durational opera performance, Sun & Sea (Marina). While initially appearing light-hearted, this highly innovative take on the operatic form – described as “counter-monumental” and “anti-baroque theatre” – addresses some of the most pressing ecological issues of our time.

Presented by Nida Art Colony of Vilnius Academy of Arts, Sun & Sea (Marina) is curated by Lucia Pietroiusti, Curator of General Ecology and Live Programmes at the Serpentine Galleries, London.

With a bird’s-eye view of the performance from a mezzanine gallery above the stage, audiences look down on the assembled characters who appear as a typical group of holiday-goers, of varying ages, from different walks of life, attired in colourful bathing suits and sunbathing under the full glare of the sun over a mosaic of towels. Surveying this fleshy tableau vivant from their sun-like vantage point, audiences observe the frailty of the human condition.

As the libretto unfolds we are introduced to each individual in turn, through sung performances (performed whilst lying down) that reveal private preoccupations, ranging from trivial concerns about sunburn and plans for future vacations to nagging fears of environmental catastrophe, which surface as though from the depths of the characters’ troubled consciousness. Frivolous micro-stories on this crowded beach give way to broader, more serious topics and grow into a global symphony, a universal human choir addressing planetary scale issues; tired bodies offering a metonym for a tired planet.

Find out more at www.sunandsea.lt 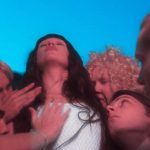 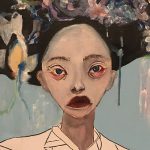