Anka Helfert’s solo show ‘Grey Garlands’ took place in April at the Prám Studio, Prague. Despite having seen it only digital (which is a new norm), I am keen on sharing my thoughts about it and contributing to the discussion around animal studies in contemporary art practice.
Review: Liudmila Kirsanova – Photos: Anna Pleslová and Zdeněk Helfert
18. Juni 2021
Share
Share on Facebook Share on Twitter Pinterest Email

For the exhibition, Helfert creates an environment which is both lavish and eerie. Festive rich garlands are hung in abundance across the rooms, the colour is pale and dusty, very light mauve, as if they’ve been chemically bleached. Cut and sculpted in botanical shapes, they still appear rather like 3D-printed objects, than natural festoons. Among them, there are two big cats, purple and blue. Beautiful uncanny creatures – they possess lithe feline bodies, but their heads bear a frightening resemblance of a countenance, while their forelimbs are literally human hands. Sphinxes of the technological era.

I believe Anka is expanding on the question of the animal within posthuman context and developing its visual imagery. She is fantasying in ceramics a potential change to deliver new hybrid live forms relevant for the new realm. Emphasizing on imagination and creative momentum of nature, the artist makes the spectators feel that the human body is a wonderful product, indeed, however not an ultimate one – fluid, mutable and mysterious matter incorporates great creative power that drives its changeability and adaptability. And why would this imagination flow and fertile inspiration abruptly cease on a human being as if it could be content? Not only does Helfert question the idea of the supreme creation, but visualise astonishing bodies who might soon inhabit the land.

In ‘Tentacular Thinking’ Donna Haraway speaks about the sixth mass extinction triggered by man and speculates that in case of a catastrophe microbes will survive and launch a new evolution cycle (See Haraway, Donna J. Staying with the trouble: Making kin in the Chthulucene. Duke University Press, 2016). On the margins, Haraway lists some old linguistic constructions implying temporality of humankind, showing that this idea had been embedded into the ancient knowledge until it was completely overshadowed during the Enlightenment.

Transient time of anthropos. And yet we are arguing for anthropocene and embarking on the mission for saving the world. While big cats of ‘Grey Garlands’ are already somewhere there, wherever we haven’t happened to make to.

Anka Helfert found a very poetic way to communicate the agency of matter – its autonomous creative force and impulse for evolving. Walking around the festooned rooms of the Prám Studio and gazed by indigo Sphinxes, one might feel the fragility of their presence as technology and nature are keep working, potentially collaborating, potentially merging, producing new entities, and leaving the human aside. Maybe fragments of our anatomy will be useful for some future species and then adopted, like by these five-finger cats. The memory of matter might carry and pass some image of ours, however ‘Grey Garlands’ is a place already for other bodies to thrive. 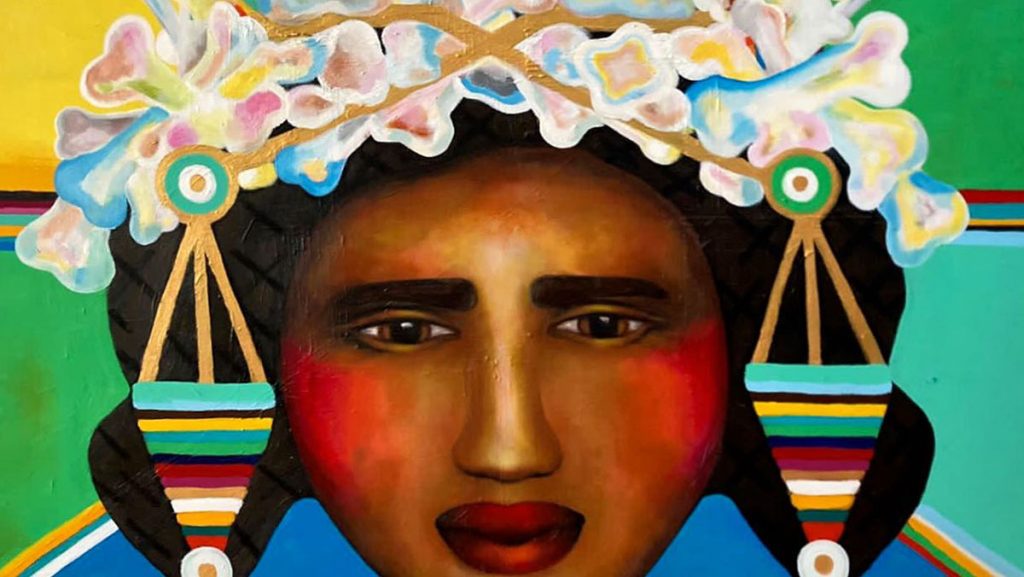 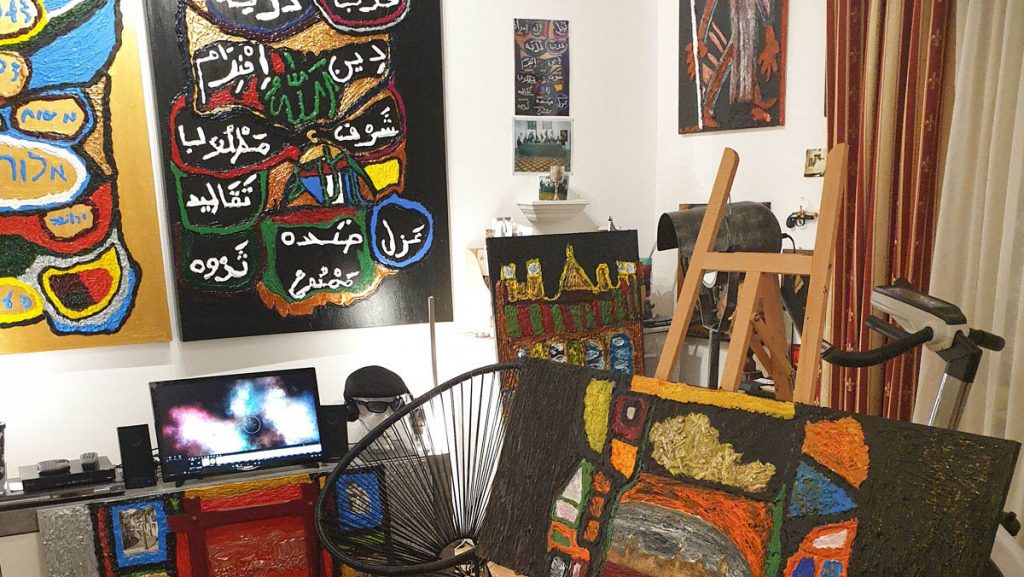