Whilst thinking of this introductory note, passages from Michel Foucault's book* came to mind: Human beings design utopian places from the space they occupy, where they live, work or develop their activities. The Casa Cicca Museum, founded and owned by Giulia Currá, gives a vivid glimpse of this overall Heterotopia. Giulia's past, and her nomad company Traslochi Emotivi, explains to some extent the very elaborate nature of this house museum.
Interview: Erka Shalari - PHOTOS: CASA CICCA MUSEUM & GIULIA CURRÁ
14. April 2021
Share
Share on Facebook Share on Twitter Pinterest Email

Giulia’s motto: „If you move, something happens“. Her house museum shares or (maybe) was infused with the same philosophy. When asking about the allure of changing locations and about features of the upcoming neighbourhood, Giulia says:

For the third location, I found via Arquà, a unique street connected with transvestites, immigration, and old realities that bring you to a raw and multilayer reality. Casa Cicca Museum will be the stage of an amphitheater inside of a court and its essence will transform the architecture in a megaphone of voices and stories. A free zone.

While the former locations can be seen on the museum’s website, the new one can only be imagined. The super itemized sketches of the architecture collective Black Italy and Giulia’s narration offer a diaphanous image of Casa Cicca 03. Get to know this unique house Museum and its eclectic owner Giulia Currá. *Die Heterotopien. Der utopische Körper

Tell us something about you.
Hi! I come from the bridge of Mediterraneo sea: Italia. A precious garden in the middle of water and contradictions. I studied everywhere, in a school, in the street, in clubs, cafes, galleries, friends‘ houses, museums, lakes, and trains. I’m a collector of everything. I grew up in the storage of my father’s company, where every day I could be a protagonist of people’s lives. After many moves, a day I encountered a small whorehouse in the south area of Milan called Porta Cicca, owned by the legendary mistress Deborah the Queen.

I fell in love with this 25 sq.m. red space full of mirrors, and I decided to use it as my house and studio. After a year, I realized that the apartment held exciting possibilities. It could be used not only as a private space, but also as a real house museum where people, travellers, and artists could find the right place to meet each other and enjoy the collection. I have been organizing concerts, talks, and residencies during these years. All the guests are welcome to make a gift to the house, increasing the collection. Casa Cicca Museum questions the word ‘private’ and its fluid identity and shows a new vision of our relation with a house as we could see during this last pandemic year.

Somehow the story about your family really struck me. Can you elaborate on this story a little? For example, what did these boxes contain?
My father was having a moving company. As I said, I used to go often to his office. There was a tiny room behind the main entrance, which always captured my attention. In this space, I used always to look for a new „piece“ to adopt. I was a witness of the moving processes of various people. Every time people move, there are thousands of belongings that they have/need to give away.

It was always a real shock to see the contents of the boxes. Each one came from a different story and had a different reason for being there. So it was like seeing a small part of somebody’s private life, a perfect stage without public.

What are the characteristics of the neighborhoods where Casa Cicca has been so far, and what could you say about the next location?
The first location was in the southern area of Milan (Navigli), where the immigrants lived in the ’60/’70 after their moves from the south to the north of Italy. It’s interesting the memory of some stories from that epoch until the famous riots of the ’80/’90 and the underground experiences that accompanied all the period (see for more Archivio Moroni). Then, I left the first house for a house at the same street, 2 numbers of difference – same story. For the third location, I found via Arquà, still a unique street connected with transvestites, immigration, and old realities that bring you to a raw and multilayer reality. Casa Cicca Museum will be the stage of an amphitheatre inside of a court and its essence will transform the architecture in a megaphone of voices and stories. A free zone. The architecture is rich, full of contrasts, you find past realities like a trattoria, old cafes, bars, the beautiful Parco Trotter with a primary school right in the middle of the park. The street is closely connected with the district of Casoretto, Lambrate, the Politecnico Di Milano. Here several aspects of the history of Milan’s architecture can be discovered and enjoyed.

You have enabled and hosted numerous event at Casa Cicca Museum. Would you like to do a retrospective of some of these happenings?
I will give a few examples of each of them, will try to depict the occurrences. Concerts: All the concerts come from people who want to launch a new experiment or a new album. Some of them: Sascha Brosamer and Lisa Schenkler / Shari deLorian and Alice Bachmann with the project Rubor Sanguinis / Perfect Volume Trio / Michel Biel and Francesco Toninelli / Lavorazioni Carni Rosse / Giacomo Zanus. Then we want to be a stage for experimental thoughts. The second location had for example lots of TALKS. I started with Smagliature Digitali, a collective of women who talks about gender studies and our relationship with technology, passing through a talk about the Preciado book ‘Pornotopia’. Then the launch of the project Quaderni di Periferia with Lorenzo Cianchi, Arianna Minardi, and Livia Bonetti, the presentation of our Library curated with Giuseppe Renda with the event: Piccola Passione, dealing with erotism and passion in the religion. I collaborated with young curators like Punto for 4 different shows and presentations, or artists like Lorenzo D’Anteo, Andreas Zampella, Tony Light, Espinoise. I had countless guests here. Sometimes they also brought friends of theirs and artists like Stefania Pia with Tony Kaye, Pasquale Leccese with Peter Fend, Alicia Frankovich with Alex Martinis Roe, Jacopo Benassi, Jonny Russo with PLSTCT/ Post Disaster, Niccolò Moronato, Reverie… and many people created talks out of the blue during dinners and breakfast at Casa Cicca Museum, and CUCICCA was because of this reason. During a conversation between Eriu Scopel Behan and me, I realized that it was nice to organize dinners with different guests, and for each dinner create the possibility to enjoy the collection and new people.

Then, I organized two dinners with T14 (Milan), and then we had here the Hellenic chef Vasiliki Pierrakea, who prepared for the very last day of Casa Cicca Museum 2 (before moving) a meal for 11 women (a mix of collectors, curators, writers…) what a night! During Cucicca I cooked some recipes from the book ‚Ricettacolo‘ by Traslochi Emotivi (the first identity I created in 2010, a nomadic company). In this book there are 100 recipes from 100 artists and people from all over the world, who love Traslochi Emotivi.

Can you share a recipe from Ricettacolo with us?
I can share with the readers of Les Nouveaux Riches Magazine 2 recipes, one by a close artist Marisca Voskamp Van Noord, and one by the friend, unique photographer and artist Lisetta Carmi.

What happens with these house museums when the museum relocates? What is the allure in moving?
I like the idea of changing, and the idea of moving with the museum was part of my concept since the very beginning. I wanted to question with this house museum the vision and the concept of private property. I do not see the house museum in a permanent location. I have the feeling that it should be like a caravan that changes location every X times. I like the idea of investigating, of transforming the contest of the collection, and leaving traces in different spaces. The first and second house are now owned by people who like to be surrounded with stories and history, that like the idea of having artworks traces in their house. I find it important to give a value to the arts and culture through our daily life. Casa Cicca Museum is the tangible proof of two prospectives in one. Casa Cicca Museum sets your subjectivity in a new perspective. You could accept it or not.

Sometimes some guests felt overly challenged in the middle of so many objects. Then it depends also on what you’re willing to put in question. It could also be a great experience when ones realizes that is rejecting something. This Museum is definitely a challenge, and I’m ready to open it soon with new energy.

It will be a special referent point for people who want to share risks, experiments, art, and vulnerabilities without judgment. 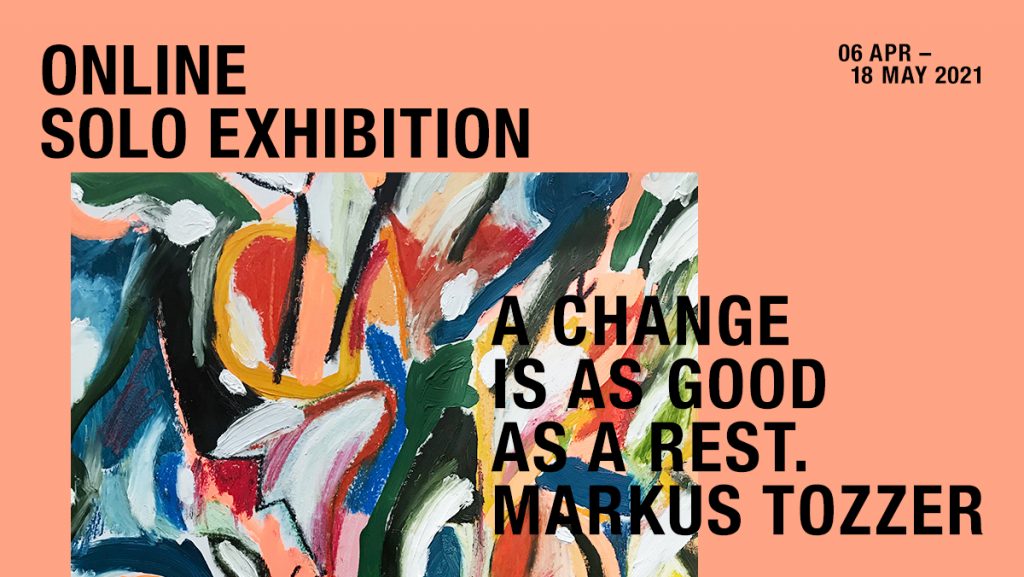 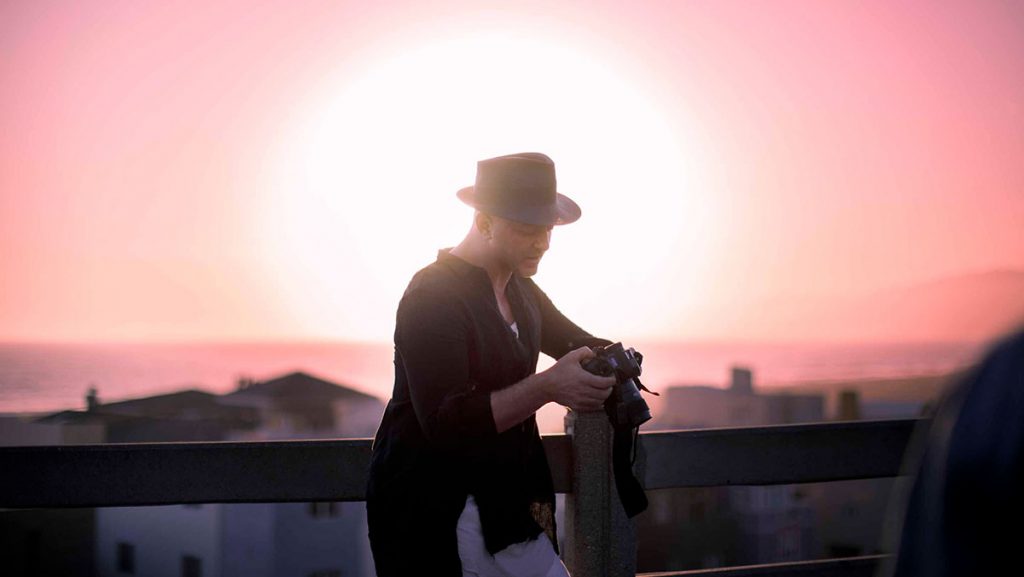