He is currently living and working in Vienna. Fiction and hypothetical scenarios prove to be seducing catalysts for social dreaming. Andreas uses and abuses artistic strategies, critical design and research to reflect on topics such as post-apocalyptic societies, biased algorithms, the deconstruction of democracies or speculative biology. Andreas is studying and studied at the University of Applied Art Vienna and Bauhaus University Weimar, and will start at Pratt Institute, New York City, this autumn. He got honored internationally, among others at the International Design Awards, the Art Directors Club of Europe Awards and the New York Festivals AD Awards.

Interdisciplinary designer with focus on visual arts and virtual architecture. How did it come to this?
This slowly crystallized from a weird mixture of interests, opportunities and coincidences. Early on I felt destined to develop towards the direction of fine arts and architecture, while in fact a mix of educations resulted ultimately in an intersection of approaches, from critical and speculative design, fine arts, architecture and new media. I got introduced to the creative world in a school with design and media focus, followed by receiving a scholarship for the International Summer Academy of Fine Arts Salzburg. Later on, at the University of Applied Arts Vienna, I studied in various classes: Graphic Design by Oliver Kartak, Painting and Animated Film by Judith Eisler (NY), and Design Investigations / Industrial Design 2 by Anab Jain (London), while always joining courses of other departments, including Transmedia Art, Architecture or Stage Design. During my time at Angewandte I was also visiting student at Bauhaus University, studying architecture. Most importantly, I’m surrounded with genius people from various fields of the arts and design – their unstoppable motivation, their influence, guidance, different perspectives, opinions and mentalities really keep me in the flow. Each of them having found their artistic voices, working in nuanced sub-genres, in their own worlds. This starts with getting and giving valuable advices, sharing knowledge, or may lead to fruitful collaborations across disciplines. Consequently, it often happens that I’m working on unexpected combinations of projects. As for example last year, I was simultaneously co-creating a virtual fashion show, exhibiting oil paintings, designing posters for CERN, and contributing futuristic interfaces to a short film by the speculative design studio Superflux.

What topics are you interested in?
There are many interconnected spheres coming together in my practice. The themes of power relations and ideology play an important role in my works. My responses include investigating in populist methods or, most recently, inventing ideologies, divine entities and cults. A resonating concept in my practice is the »Posthuman Convergence«, coined by philosopher and theorist of feminism Rosi Braidotti. This concept circumscribes the extensive vastness of new challenges for humanity resulting from rapid developments in the Fourth Industrial Revolution and the Sixth Mass Extinction. Those thoughts play along with some overarching themes in my work, which are the intersection of technology, biology and the humane. Resulting projects speculate on topics like synthetic biology, biased AI, futurology or bio-politics. At the moment I’m in love with the artistic, theoretical and experimental fraction of the contemporary architecture discipline.

Speaking of speculative architecture or futurism, of parametric geometry, biomorphism, of political and demographic implications, of broad theoretical discourses and how architecture merges so many other fields. One concept that I’m especially obsessed with is the »Sublime« as described by the Étienne-Louis Boullée (1728–99, Paris), representative of the French revolution architecture, and its contemporary counterpart, the »Digital-Sublime«. This theory implies a phenomena that occurs with the rise of parametric architecture. By watching those generated geometries, the viewer is aware of the existence of an immanent logic that generates the form, however, this logic is too complex to fully grasp it. The shapes seem to be formed by a higher power, they radiate something extremely powerful, which for me is intriguing to work with. Speaking of parametricity, a continuing interest throughout my work is approximating the organic, the biomorph via mathematical, procedural and algorithmic methods. Therefore I’m observing, collecting and studying from nature and the intrinsic patterns, behaviors, and systems behind, to ultimately adapt those methods to create uncanny hybrids in the virtual realm.

How do you start your projects?
That’s different all the time. Mostly starting from a rough direction, followed by an intense diving-into-the-topic phase. Honestly, coincidences play a major role in the starting phase. A random conversation, a dirty piece of newspaper on the tram floor, a random quote dropped during a lecture, or getting recommended a text from 1729 because it could fit. Topic and focus often completely change during this stage. Usually my process begins with accumulating information, connecting the dots, and procedurally processing it – digesting research, essays, books, talks via writing, sketching, virtual prototyping. Writing and re-writing means clarifying thoughts. I frequently jump from topic to topic, until ultimately all those separate islands magically connect, coming together to a construct that all in all makes sense. Often the choice of medium develops as a logic consequence during the process and is tailored to the specific project, only seldom this choice is clear from the beginning. At one magic moment during the research phase it suddenly seems clear to go for a certain way. This shows for instance in unexpectedly creating an animated short film at the moment – without intentions to do so in the beginning.

Everyone is talking now again about NFTs. Are you dealing with it?
I’m not really into NFTs at this point. It’s an omnipresent topic, that’s true, but also a double-edged sword. I am still skeptical. What the whole NFT trend definitely proofs for me is how shallow “artworks” can be nowadays, while still selling well. Here applies the usual, that being commercially successful or hyped does not say anything about the artistic quality or the depth of an artwork – which should rather be the measure of things, I’d say. Who knows how things will be developing, which opportunities will pop up, if maybe at one point NFTs will be more relevant for me.

Where in Vienna would you like to show your work?
The question for me not that much where, rather I’d love to show it within a curatorial framework of where I’d be proud to be considered part of this clique. As I’m currently working with speculative biology within a post-apocalyptic anti-utopian context, it would be amazing to exhibit the final works alongside established artists in the field of BioArt or speculative architecture.

What are you working on now?
As mentioned before, I’m currently creating a biofuturistic anti-utopia, combining concepts from philosophy, biotechnology, futurology, political theory and behavioral science. An integral part of this project is establishing hypothetical scenarios. The medium of choice is experimental short film, which fits perfectly to portray different aspects of worldbuilding. The meta-themes of the short film interweave the human despair in the Posthuman Convergence with speculative approaches towards autopoiesis and symbiogenesis. An important theoretical component of the project is challenging the »human urge for innovation«, which goes hand in hand with the question “Will the future define growth as irresponsible, even criminal?”, asked from Isabelle Stengers, Belgian science philosopher. Other sub-narratives explore concepts like the authoritarian aspects of utopias, nuclear-priesthoods, eco-fascism, cultism or novel forms of consciousnesses. Also the concept of the Digital-Sublime gets shifted towards a parametric-organic context, which I’m experimenting with as visual outputs at the moment. Besides that I’m currently preparing 3D-workshops for architects, and am working on creating AR stage projections for the performance »fugue four«, premiering on April 1st in Volkstheater. The themes here revolve around one owns sexual conditioning in relation to how the private sphere of sexuality conditioning in relation to the private sphere of sexuality is adopting capitalistic functionalities, and therefore reproduces sexist and racist structures. 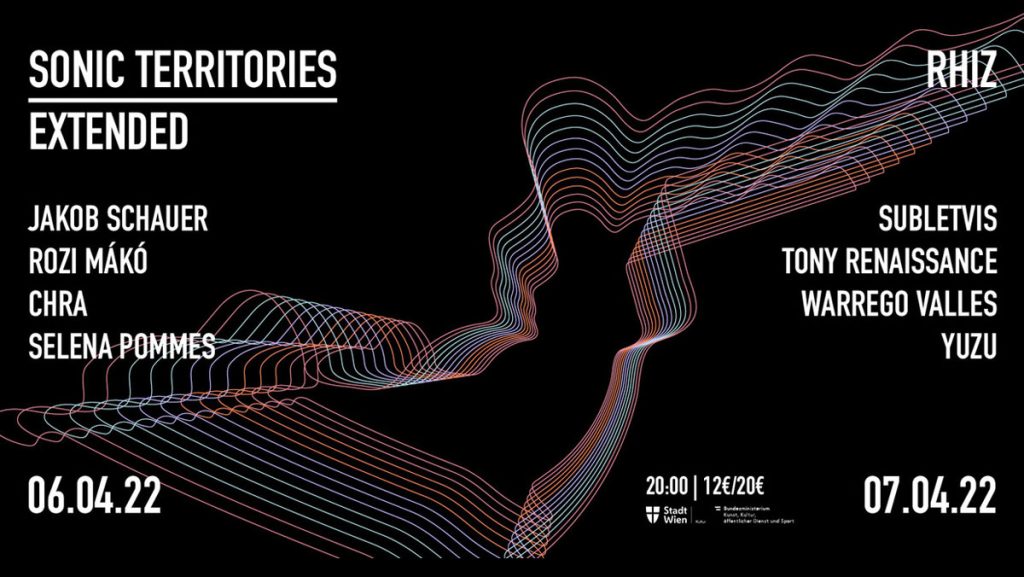 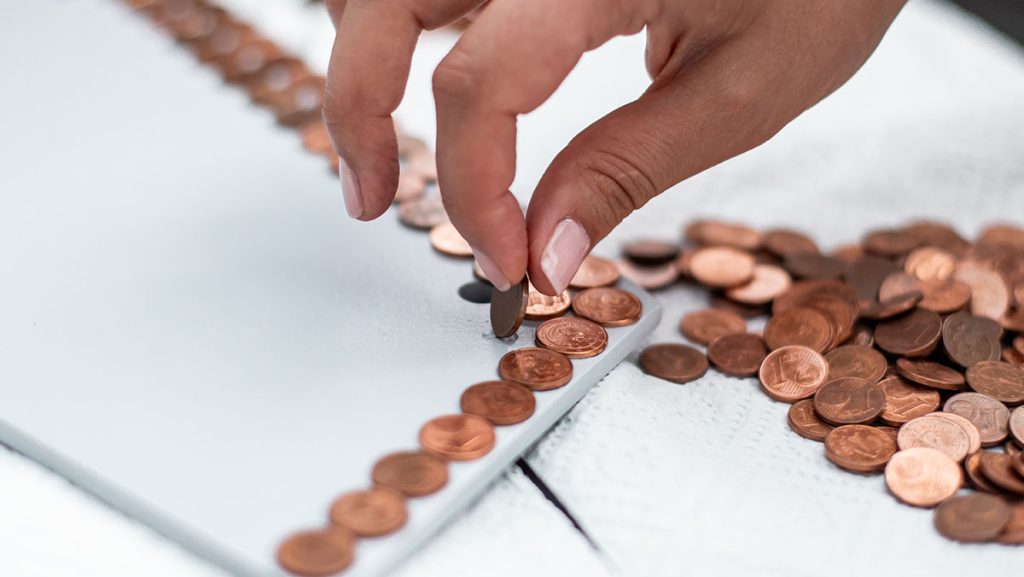 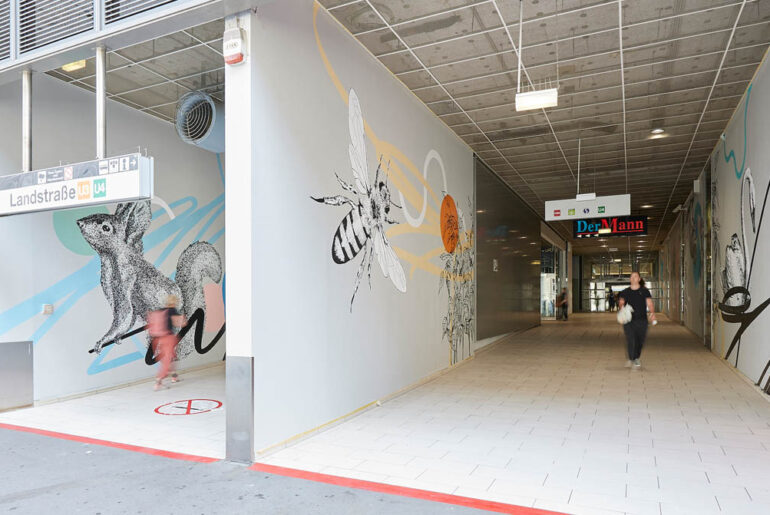