Erin Sankey is an artist from Ohio currently studying at the University of Applied Arts Vienna under Judith Eisler. Influenced by psychoanalysis and her own diary entries, her work meditates upon her own mundane experiences. Themes including self expression, eating habits, spirituality, love stories, and friendships are constantly regenerated and distorted - becoming staged reinterpretations in bright hues. When she isn’t painting on a canvas or her fingernails, she’s probably filming karaoke lip-sync videos in front of her green screen.
Interview: Daniel Lichterwaldt
26. Mai 2021
Share
Share on Facebook Share on Twitter Pinterest Email

How did you get into art?
I’ve been drawing ever since I can remember. I used to draw a lot of hamsters and mermaids when I was a child. My dad had a girlfriend when I was 14 who assumed that since he was a graphic designer he would want a box of oil paints as a present; he didn’t. When they broke up he gave me the paints and they’re still the ones I use now. I didn’t really start painting until I was 20, though, and it wasn’t until a few years later that I even began to think of myself seriously as an artist. Before that I was doing my bachelor’s degree in philosophy and dreamt of becoming a logician.

Where do you get your inspiration from?
My inspiration draws heavily from my daily life, but I’m also highly influenced by psychoanalysis, cinema, spirituality, performance, and pop culture. Sometimes I notice a funny display in a shop window or the perfect song will play when I least expect it or the light will shine just right on the piece of salmon I’m about to eat and those little feelings could be enough to inspire my next painting. Objects can be so narrative – I love looking at an object, thinking about what judgements or connotations it might inspire in the viewer and being playful with that by either exaggerating that connotation or framing it to have a different meaning.

Like with my painting Mighty Debaucher, I took a Stritzel which is decadent and somehow feminine and reminiscent of women’s work and an upperclass lifestyle, and instead painted this really sexually charged macho brioche which terrifies me in a really exciting way. I’m also really inspired by the holistic medicine industry. Sometimes I just go to the pharmacy or the drugstore and read all of the labels and descriptions… there are physical problems I didn’t even know you could have and all sorts of herbal tablets and powders and liquids you can consume to relieve them. Theres a strange kind of agency there… the agency to both self-diagnose and to self-heal when you’re in the drug store.

I’m very interested in the psychological outcomes of the struggle between free will and determinism, and the actions people take to assert control over the direction of their lives… and I think this is exemplified in the drugstore supplement aisle somehow.

How would you describe your style?
I think my style is a kind of messy, confrontational perfectionism. Somewhere on the spectrum between documentary and romantic comedy, or like a carnival-funhouse-mirror version of reality. I try to find a balance in my paintings between distortion, exaggeration, surrealism and on the other side, a synthetic or overly detailed representation of reality. There’s a certain fluctuation of a very controlled way of painting and then elements where the paint maybe takes control of me instead… What’s important for me especially is color… I think the color palettes I use are integral to setting the mood in each painting. My comfort zone is usually brights and pastels, but recently I’ve enjoyed playing around with darker colors for emphasis. I like creating rules for my painting practice and then challenging myself to break them down.

Do you have a central theme?
I’m hesitant to say confidently that all of my work adheres to a specific theme or topic, because I want to avoid closing myself out of other possibilities or somehow limiting my freedom. But in the past year or so most of my work has focused around the idea of routine. I’m fascinated with this repetition in daily life and the cyclical movement it invokes, as well as spiritual, religious, cultural associations with different routines. What turns a routine into a sacred ritual? Why are some objects sacred and others not? My paintings mostly show the objects or actions in my own everyday life, which I think forges a certain intimacy between the viewer and the painting. Sometimes the acts or objects themselves are pre-loaded with specific connotations of a specific subculture – I try to somehow detach them from this and just paint them to be something on their own or reattach them to a new narrative, conveying a certain absurdity in my representation of these weighted objects or rituals by mixing them all up. I like contrasting the silly routines I have like drinking Sauerkraut juice, reading tarot cards, and taking Valerian root supplements with catholic routines I was raised with as a child… I’ve found that this strict rule-following and moral conscience from my upbringing are somehow still in me, but detached from their traditional expressions. I don’t pray the rosary every day but I do make a point to dance to Charli xcx for at least 30 minutes before I go to sleep (and I feel guilty if I don’t). Routines also mark time. Even if the routine stays the same and nothing looks or even feels different in the moment, time still passes. I’ve been paying attention to forward-thinking or even future-telling superstitions in my work recently like reading tarot cards and making new years resolutions. Especially now in the pandemic it is difficult to conceive of the future, so somehow the routines are made both obsolete (because what’s the point?) and more necessary than ever before (because we’d go insane without them).

This also relates to the free will/determinism debate – intention behind routine is an assertion of control, but when these routines are somehow esoteric, religious, or spiritual, it creates a funny paradox.

Schwechater Bier, Sauerkraut and Fish. How do you enjoy life?
I try to enjoy life as often as possible. It’s a cliche, but life is short so I might as well make the most of it. Sometimes drinking cheap beer helps. Sometimes going out and buying a Sylvanian Families toy figurine helps. It depends on the day. I’m always listening to music, a lot of Strawberry Switchblade, Todd Rundgren, and Playboi Carti at the moment. I like to be impulsive and nonjudgemental about what makes me happy. Maybe I have a shopping problem… I bought this lamp made out of a real baguette in December really impulsively. I just saw it and said, “fuck it, bread lamp.” I have this problem with minimalism, this constant streamlining and decluttering and Marie-Kondo-ing. I think its a privileged position to be in where you can get rid of things you don’t need in the moment and then repurchase them later in life if you need them. I’m much more of a maximalist/magpie… I tend to collect anything interesting I might come across if its shiny and affordable or free, and maybe I can make something with it in the future. I’m fascinated by food culture. The trends of avocado toast and air fryers and veganism.

I’ve really tried to detach myself from viral food fads and to just focus on what I like or trying weird stuff I see. I love looking through cookbooks from the 70s and 80s and seeing the most bizarre dishes that used to be popular back then. What I eat daily is usually simple, but I love a bit of fanfare now and then. Its not uncommon for me to eat a jar of olives and call it dinner, and I only really enjoy cooking in a social setting. In September I discovered a carton of Sauerkraut juice for sale at the drugstore and since then I’m obsessed, I drink it every day. I was actually a vegetarian for around 7 years, but now I eat meat every once in a while, and I love fish. I don’t think it’s very healthy for me mentally to restrict myself with what types of food I can and can’t eat. There’s also this weird carnivorous, primal, animalistic thing about eating meat that somehow makes me feel more connected to nature.

When will there be another exhibition? What are you working on at the moment?
Hopefully soon, I am currently part of the curatorial team for A Horse in the Jungle, an exhibition put on in conjunction with the annual Angewandte Festival happening in late June. At the moment I’m trying to paint and write as much as possible and to be more conscious of my body of work as a whole. 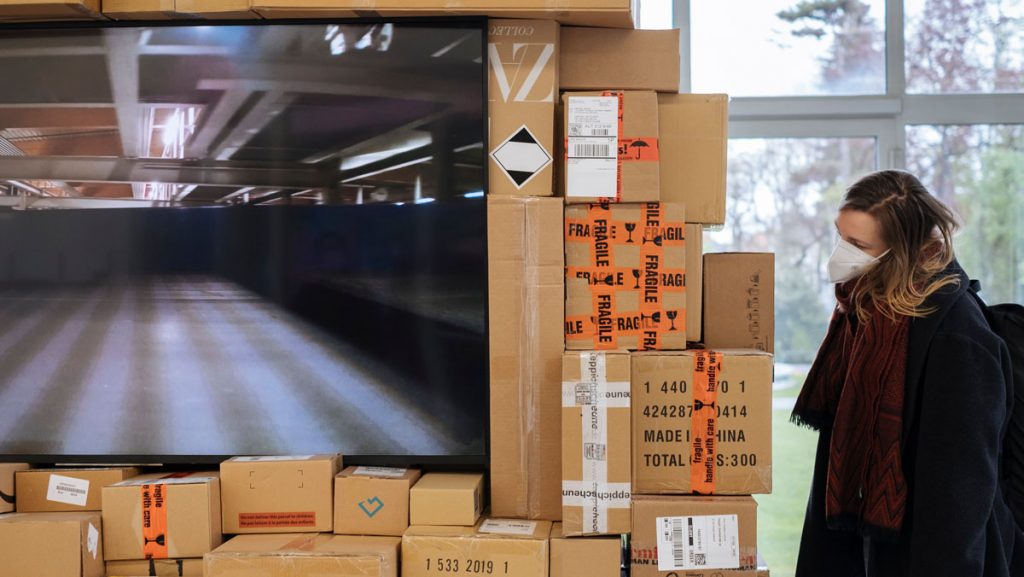 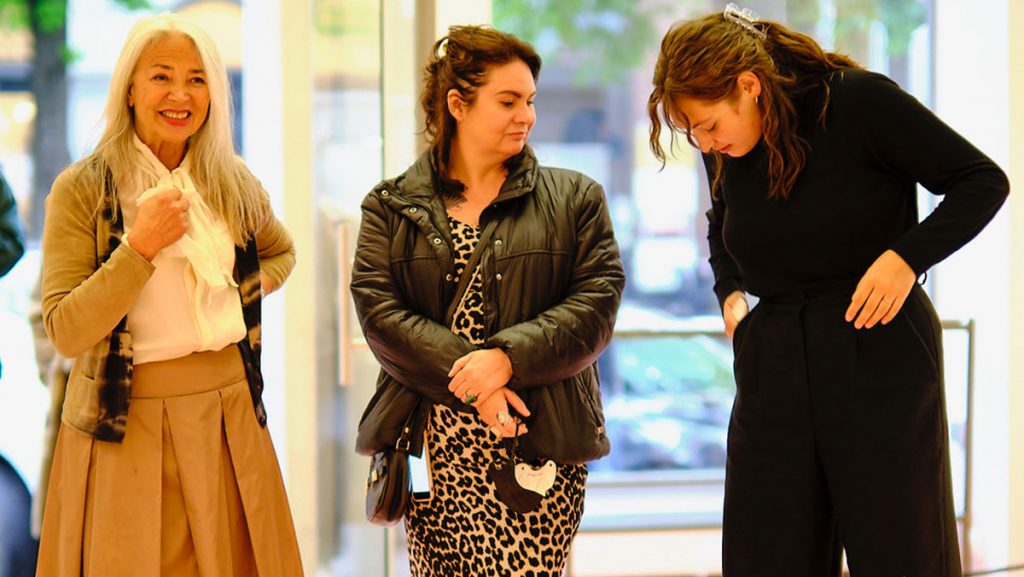