A Conversation between Stephanie Misa and Paula Marschalek on Politics, Misogyny, Facebook and Art. Stephanie Misa (PH/US) is a visual artist, curator and writer. Her work consistently displays an interest in complex and diverse histories, relating to these topics through her installations, sculptures, videos, prints, and writing— bringing forward questions of identity, ‘authenticity’, hybridity, and embodiment. She lives and works in Vienna.
Interview: Paula Marschalek – Photos: Jolly Schwarz
22. März 2021
Share
Share on Facebook Share on Twitter Pinterest Email

What does your artistic practice look like? How do you describe your art practice?
My artistic practice in general doesn’t shy away from the political. In fact, I probably have quite a literal take on (the second-wave feminist slogan) “the personal is political”, but maybe slightly twisting it to “the political is personal”. A lot of my work comments on this system we’re embedded in, be it the social, political or cultural. I’m of the opinion that a lot what goes on (in the everyday) is completely laughable (dangerous and scary too) but almost as if we were living in a parody of ‘real life’—it makes you think, no way can this be happening! I guess the times we are living through now also contributes to this “Alice Through the Looking Glass” effect of the everyday or makes the silly things a lot more noticeable.

I look at the work of David Shrigley, or Dan Perjovschi and think wow, they are hilarious and spot on. Imagine how much more ridiculous the world looks to a non-white immigrant woman? We have so much more to comment on, and so much more at stake.

What are you inspired by, and how do use that for art- making?
I usually use upcoming exhibitions as a way to channel current obsessions, something that’s been on my mind for a while and needs to an outlet. It’s been helping me work through some (strange) habits I’ve picked up during these unpredictable, intermittent lockdown periods— like my constant checking of news and current events, a hyper-awareness of happenings beyond my little covid19 bubble. So, it’s been really cathartic to produce work on the US Capitol riot, it’s helped me grapple with my own feelings about US politics. It was the same impulse as in The Diamond (Princess) is Forever video (with James Clar and Multiple Spirits), it was a way to let out some of my anger on the mishandling of the pandemic.

How would you describe your process, especially when it comes to making new work?
My work tends to be in multiple mediums at once (sculpture, prints, video, etc.), and installed for a specific space—not that my work describes as ‘site-specific’, but the architectural features of a room do influence what I decide to make and how I “place” objects, especially if it’s a new piece, then it’s quite bespoke. Maybe “site-influenced”, or “site-curious” would be better descriptor?

You cannot tell the gender of the person in the photo, nor what they look like. They’ve very cleverly hidden all recognizable facial features perhaps in rare foresight that they’d be photographed storming the Capitol building. What the give-away is in this photograph though is the broom-shield they’re holding. Filipino netizens were quick to point out the very recognizable walis tambo, the ubiquitous straw broom found in almost every Filipino household. Like the infamous giant wooden spoon and fork hanging in Filipino dining rooms worldwide—the walis tambo is a heavy cultural signifier. This Captain Ameri-Coup figure, with their military/construction helmet, ski goggles, upside-down American flag mask, flag cape, and pseudo-military wear was undoubtedly Filipino.

Why would a Filipino, living in the USA, be pro-Trump? How could the leader of the neo- fascist and exclusively male, Proud Boys, be Afro-Cuban? How could the organizer of the #stopthesteal campaign identify as Black and Arab? This baffling question led me to read (a lot). It was a surprising opinion column in the Washington Post, in the aftermath of Capitol riots that led me to the term “Multiracial Whiteness”. The author, Cristina Beltran, would later talk about the backlash she experienced (from white nationalists no less) on her opinion piece. Her column led me to think about how the mechanism behind every revolution (inequality) and this rallying cry for freedom against tyranny and oppression is not new—look at the French Revolution and the storming of the Bastille—but what is different in this fight is how the same colonial system has produced different affects of the “disenfranchised”. The “revolutionaries” in this case were fighting to reinstate their “King” and to retain power that gave their right-wing movements legitimacy.

MAGA Meets Marie is a séance of two historical events. It is a work made to contrast revolutions, not only in terms of aesthetics, but also their “premise”, with hopefully a huge dose of cheek and humor (as we need a lot of that nowadays).

What do you enjoy most about being in the art field, and what is an artist’s role in society?
Oh, the controversy! Seems like a lot has gone down since this show opened the first week of March. I got a DM from a friend of mine, after seeing a picture of “The Q Shaman-Buccaneer” on my Instagram feed saying how worrisome it was to see “objects” like this passing so quickly into popular culture. I thought about the comment a lot, and though I agree that seeing this image without context could generate unease, I felt he first had to come and see the show before he worried about the fate of popular culture and my reckless hand in its corruption.

Which leads me to the Facebook incident—at least my friend had the decency to ask me about the work and share his worry. Facebook had no such qualms—I mean you (referring to Paula) tried to create a Facebook event for the exhibition, as we both were leading small tours through the show every Wednesday through its duration, right?

The minute you typed in “MAGA Meets Marie” and made it an event, your Facebook profile was immediately disabled. It was astonishing, this fast and abrupt censorship! Not only was the context not looked into, but it was certainly an algorithm created to stop all MAGA events from being broadcast through social media. It made me so angry thinking about how this was Facebook’s half-assed answer to curtailing right-wing action on its platform, quite after the fact, when it could have done so much more while Trump was spreading news on how the election was “stolen” from him! We needed prevention—not a “cure”. Context really is everything.

And you would think this was the end of our brush with the dark underbelly of Facebook. Shortly after, gallerist Gundula Gruber received offensive, racist, and sexist remarks through her local Facebook group, ironically in a response to her re-posting my commentary on the Facebook ban of Paula Marschalek. These trolls were unabashedly spewing vitriolic venom in public space—and the response was nothing, not even a hand slap from the group moderator (and quite a few likes as of today). Where is the ‘logic’ in all of this? And isn’t it just so stereotypical for all of these “comments” to come from men with huge Austrian flags on their profiles? They make the QAnon Shaman look like a new-age feminist.

So, this might be a round-about way of answering the initial question “What role is an artist’s role in society?”. Maybe the artist’s role is to dismantle and dissect things, events, people, and even places so we can see things a bit more clearly—so when things are sexist, misogynist, racist, colonial, xenophobic, unjust and undignified, we have the ability to call foul and ask for culpability, or at least see it for what it really is and respond accordingly.

What projects are you working on right now?
Too many things– I’m trying to finish my doctorate, but a lot seems to get in the way. Maybe one project that I’m quite excited about is working on my piece for the 9th Bucharest Biennale (curated by Henk Slager). It’s been postponed so many times, but it looks like it might finally come through this May (2021). Another project in the works is an exhibition with the curatorial duo C/20 (Paula Marschalek and Alexandra Steinacker) for the Foto Wien Festival. It was supposed to be on this month but has been moved to March 2022. I’ll be showing a video called “Pimp my Papaya” for the exhibit The Female Landscape: Rethinking the Body through the Photographic Image and Beyond. It’s an all-girl group of really cool artists! If the pandemic has taught me anything, it’s to slow down and take things as they come, a day at a time. 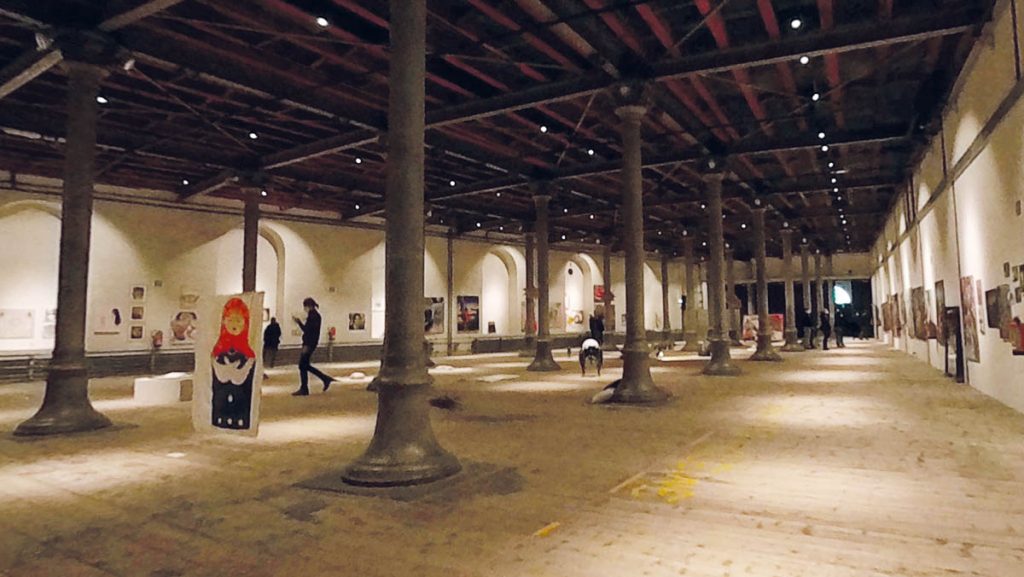 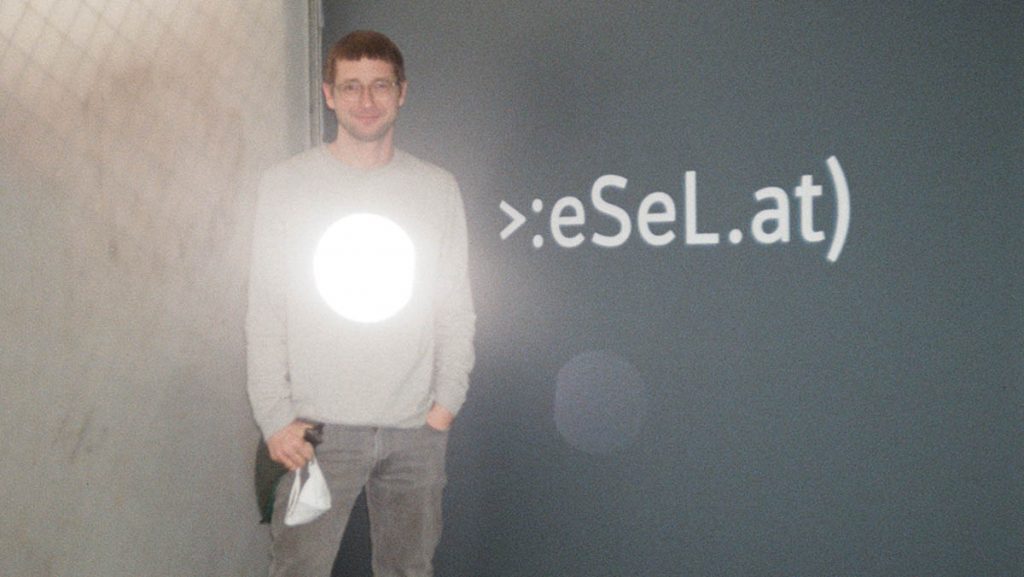 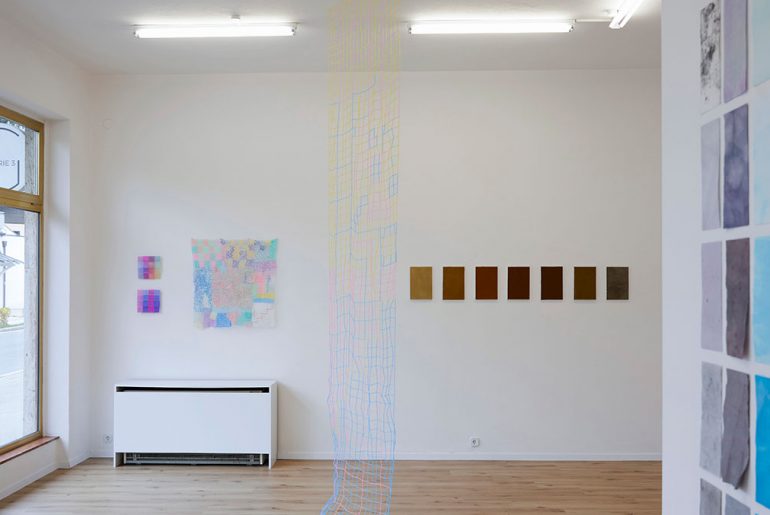 Now or never by Jelena Micić 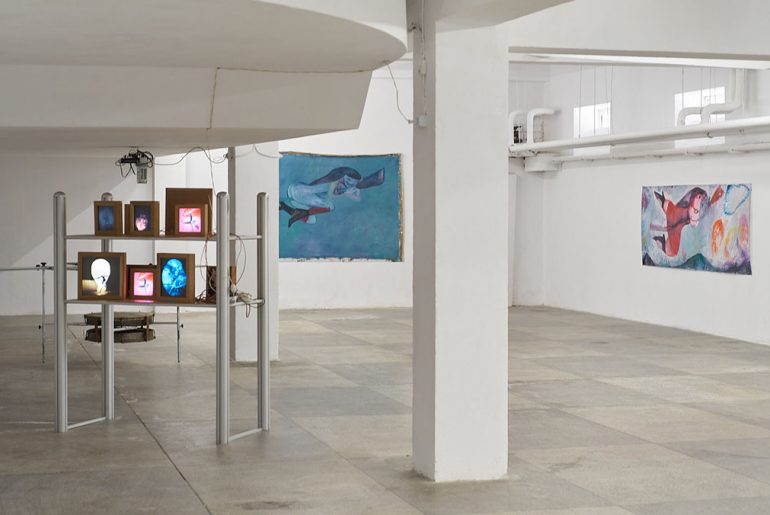 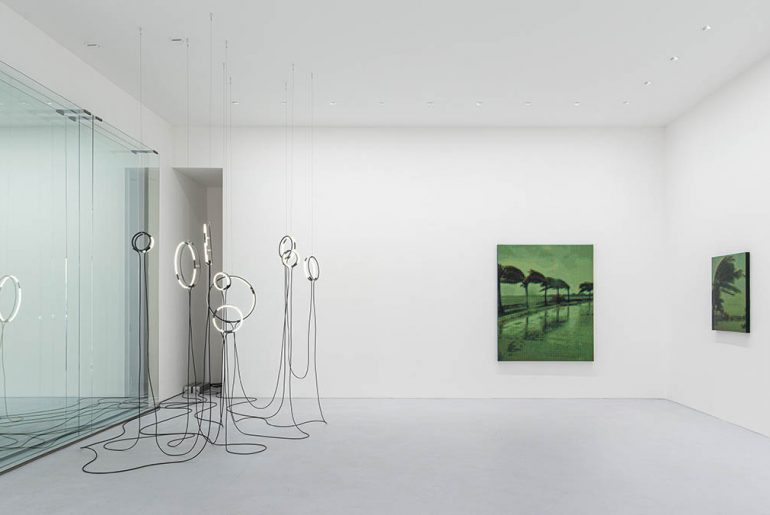