Just around the cosmos

Each social formation, according to architect Georg Krutikov, gives rise to its own type of city. What if that city was a room, a model, within which relationships are established between objects?
Text: Heiko Lietz – CURATED BY: BIANCA PEDRINA – Photos: Valerie Habsburg
5. September 2022
Share
Share on Facebook Share on Twitter Pinterest Email

What If those were Artworks? What role does the architecture play than? What about its institutional connotations, its materiality, size or lighting fixtures?

There are vast possibilities to question the transition, reflection, application or critique of the ideas and projects of Russian cosmism in the work of Anna Bochkova, into the objects and arrangements she produces and shows. I just outlined a few of them along the starting point for this project. City of the future – Krutikov’s 1928 graduation project inspired by cosmist Konstantin Tsiolkovski – proposes the transfer of everyday life to the airspace and into uniform communal cities. Each city was supposed to consist of two parts: a horizontal production site, located on the ground and a vertical residential one, hovering in the air. What kind of society is it, that forms this city? What kind of society is formed by a city like this?

To approach these questions a deep dive into Russian cosmism would be necessary, that would extend the possibilities of this text. I therefore want to share a structure I noticed in my research – the tension between unity and specificity, between ideas and concepts. These range from the tension of technical and natural aspects of life, progression and repetition to the unification of the sciences and the unification of the arts – a structuralist approach to utopian ideas. According to philosopher, media theorist and art critic Boris Groys the realization of the cosmist project is logically possible, though empirically improbable. In analogy to Platos Politea he stresses, that the realization is dependent on the willingness of the individuals to form this society (1) – to build a city in the sky. In other words: To build a totalitarian system that is dependent on the individuals that it is formed by and therefore informed through a tension between individuality, collectivity and collectiveness. With this I come back to the work of Anna Bochkova. Drawing upon the motives, the thoughts and projects of Russian cosmism and her own experiences her arrangements are set in a state between tensions by bringing them together in different ways and with different sensibilities. The arrangements allow for different ways of infrastructural, aesthetic as well as referencial, social and political connection, they allow for different ways to navigate the space between the set framework.

Over individual pieces of glazed clay hover metal structures, that are suspended from the ceiling. In contrast to the divide proposed in City of the future, they don’t float, they are hung, held together by an architecture, that also forms the basis for the clay pieces. They share the space and they form their own space(s).

One stands before a group of objects connected through their materiality, form and color. They form landscapes and architectures, while simultaneously being fragments, cutouts, parts. Where does one position oneself to see them all at once? Where and when does one focus on a single object, what happens while the eye moves along the individual objects? What kind of position is assigned to the visitor and his body in these arrangements? Which position does the visitor take? One can move through them, look at them, be guided by the pathways on the ground and stand, building a bridge between the pieces on the ground and the pieces in the air. Connect the stirdy metal with the fragile clay, connect the artifice of the form with its organic materiality, question living in the clay landscape or on the metal spaceship. Look to the other people in the room, move around them, talk to them. One navigates open infrastructures. 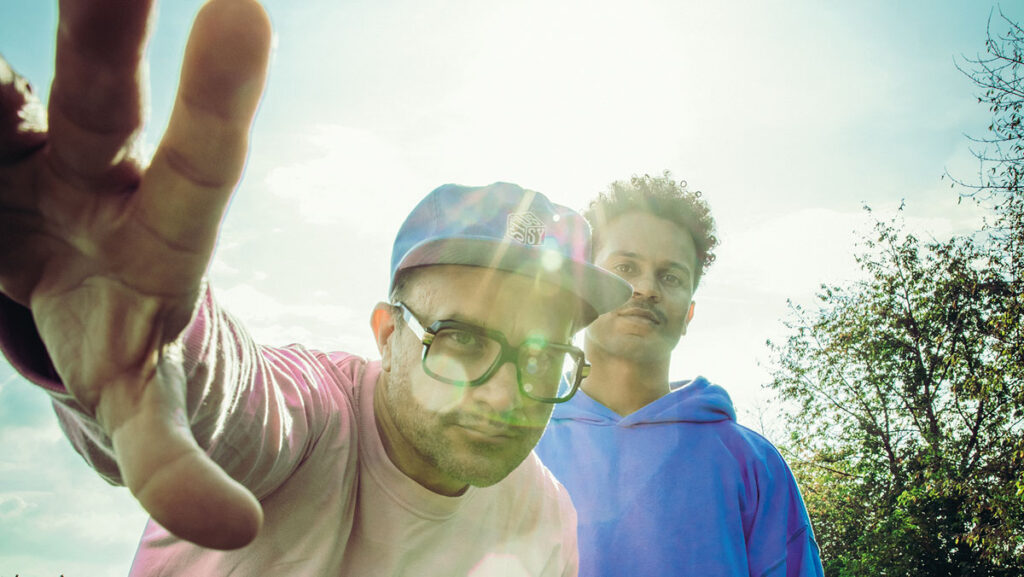 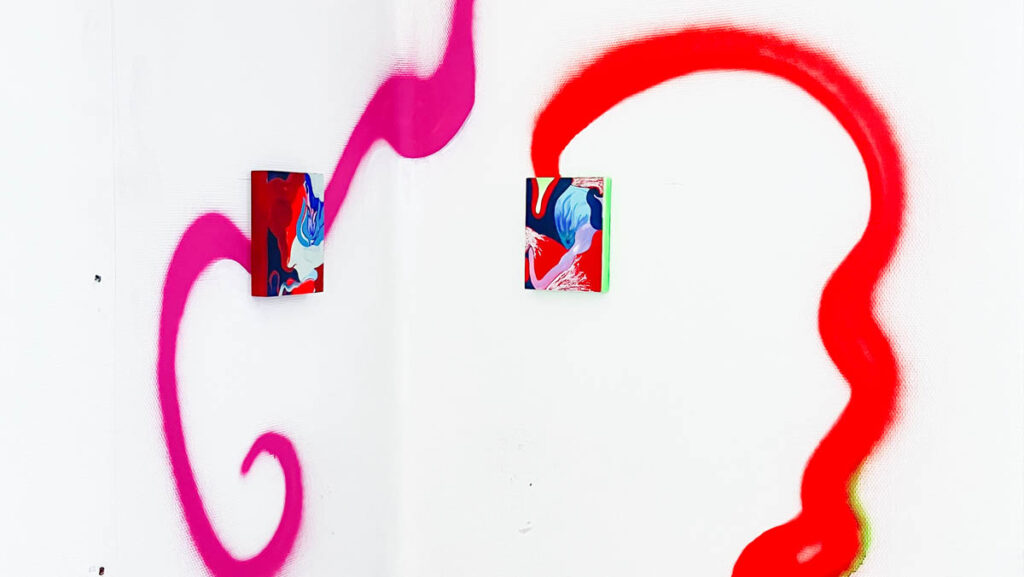