The role of the fairs has changed a lot over the last few years. The fair as a pure exhibition space, as a place of buying and selling no longer makes sense in a world in search of contents and where it is so easy to find alternative ways to exchange. A fair today must know how to reinvent itself and must have a strong character that can be represented as an added value, and as something that differentiates it from other similar events in the world (Excerpt from the Interview, 2021).
INTERVIEW: ERKA SHALARI – PHOTOS: COURTESY OF MIART
4. Oktober 2021
Share
Share on Facebook Share on Twitter Pinterest Email

*The interview has been conducted the week before the official start of the fair.

Erka Shalari: What was it like for you to arrive in the art fair industry at such a sensitive time?
Nicola Ricciardi: The upcoming edition of the fair follows a complex year for the world in general and for the art system in particular. A world characterized by its silence, uncertainty, the continuous search for answers, and new ways to communicate. When I accepted the position as the Director of miart offered by Fiera Milano back in October 2020, it was clear to me from the start that what I ought to do first was to rebuild relationships, regain the trust of all the subjects who have enlivened the fair, “break the silence” (it is by no coincidence that Dismantling the Silence – which borrows its title from the collection of poems by Charles Simic – is the title I have chosen for this edition of the fair). My first move was thus to give my phone number to all the galleries that had participated in the previous editions in order to gather their needs, their moods and their desires. The fair had to be built together.

Why did you feel it was important to return to a physical edition this year and what are your thoughts toward digital art fairs?
Through the connection I have built with the gallery owners, it was evident that there was a desire to return to a physical, in-person fair; that the digital alternative had been an effective way to respond to an emergency but it could not stand on its own. The online platform has surely the advantage of reaching those who cannot afford to travel, and of enriching the experience of the visitors and collectors with additional information and contents. miart, like many other fairs across the world, was in fact already working on expanding the experience of the fair itself to the digital world even before the pandemic. During the pandemic, it then became an indispensable need, but now the need is to combine the digital with a new physical use.

Some interviews with gallerists and art experts show that galleries at this moment (especially in the last two years) are somehow trying to emancipate themselves from art fairs. They are aware of the importance of such international events. Still, at the same time for being part of this system gallerists feel they have been neglecting many other essential things during the last decades. Now that seems to be changing. What do these narratives mean for art fair producers?
The role of the fairs has changed a lot over the last few years. The fair as a pure exhibition space, as a place of buying and selling no longer makes sense in a world in search of contents and where it is so easy to find alternative ways to exchange. A fair today must know how to reinvent itself and must have a strong character that can be represented as an added value, and as something that differentiates it from other similar events in the world. miart is fortunate to have a very solid DNA that has been strengthened over the years. Thanks to the contributions of Vincenzo de Bellis and Alessandro Rabottini who preceded me, the fair is characterized by a great chronological breadth of the works on display such as the dialogue between modern, contemporary, design and applied arts, the contamination of languages, the scouting among emerging galleries, and the research open to experimentation. The sections of the fair take on more and more a curatorial touch, as well as the stands of the galleries, which are no longer just showcases for exhibiting their wares, but an actual miniature exhibition.

Health security has been one of the biggest challenges of this past year and a half. What was it like designing a safety plan for the fair?
Fiera Milano is a large company that has a department dedicated to safety which receives all the indications coming from the government as they are constantly evolving. This year we will also have the opportunity to work in a recently renovated pavilion and therefore more modern, functional, and that brings certain significant advantages such as, for instance, the presence of numerous windows, a constant ventilation system, the possibility of using an outdoor balcony, a new and very spacious reception, and also an enlarged and completely renovated VIP lounge. We did not redesign the fair on the basis of old schemes, but we had the opportunity to build from scratch a floorplan that would take into account the new needs, but also one that would aim at making the experience of exhibitors and visitors as comfortable and protected as possible.

We are bringing our conversation back to the curatorial part of the miart 2021. It would be interesting to know how the idea of linking Charles Simić’s poetics to the title of the 25th edition of miart came about.
I love to define myself as a fan of poetry, as I am very passionate about it, and the poetic language has always played a central role in my upbringing. I thought that poetry was a good starting point to reconstruct a dialogue and to look for new ways of communicating in an art system that was going through a great phase of transformation. Dismantling the Silence, the homonymous collection of poems by Charles Simić – American poet, translator and academic of Serbian origin, winner of the Pulitzer Prize in 1990 – published in 1971, and which turns 50 this year seemed almost prophetic to me. It was what we needed: to break the silence through the flowering of new words and new relationships.

What was crucial for you in this edition?
The main issue for this year to me was to regain the trust of the galleries that had participated in miart in previous editions, many of which had already joined the 2020 edition before the pandemic and have reconfirmed their presence.

Can you reveal something about curated sections such as Decades by Alberto Salvadori or Emergent by Attilia Fattori Franchini?
Decades is a section conceived as a journey through the decades of the twentieth century and the first decade of the 2000s. For this year, it will be entirely focused on Italy, giving centrality to the artistic production of our country, and enhancing little-known experiences, as well as stories of international breadth. The section includes the participation of 10 galleries, each with a project that represents a particular decade through personal presentations or thematic focuses, from Boccioni, to Art Decò, to Gabriele Basilico and Lara Favaretto. Emergent, on the other hand, is dedicated to experimentation. It is a research and enhancement laboratory for emerging artists, galleries who are at the beginning of their journey, and have innovative practices in languages and experiences.

Among the numerous artistic styles explored by the 24 galleries – including sculpture, installation and video –, there is a strong presence of figurative painting that stands out from the others. It is an innovative painting, never predictable, which surprises itself and addresses highly topical issues such as those related to gender, the new feminism, racial issues and ecology.

I always find it very interesting to check out those galleries participating in a particular fair for the first time. There are also some new galleries at miart. What countries or cities do they come from, and what do newcomers mean for a fair?
We are very happy with the joining of several galleries that, for the first time, chose miart as their stage in Italy: Piero Atchugarry Gallery (Miami, Garzón), Charim Galerie (Vienna), Edouard Simoens Gallery (Knokke) and QG Gallery (Knokke ), among others. In such a difficult and uncertain moment, this is undoubtedly a very positive sign for the fair and for the attractiveness it has acquired in foreign countries.

I was particularly intrigued by the editorial project „And Flowers / Words“. Over the course of 6 months, you carried out a series of interviews with various personalities including Chiara Costa, Luca Lo Pinto, Lorenzo Giusti, Moira Egan, Sergio Ricciardone, Emanuele Trevi, Cristiana Perrella, Massimiliano Gioni, Mariangela Gualtieri, Luca Cerizza. What were you attempting to explore?
After Dismantling the Silence, And Flowers / Words – which takes its title from the Pastoral poem of the same collection – took a step further in giving additional value to the word as a response to an art world that, after a period of silence, was in desperate need for finding new ways to communicate. We chose to start from the image of a field of grass / silence that comes alive and colors with the blossoming of flowers / words to develop an editorial project that involved numerous personalities from the Italian artistic and cultural world, all united by a particular interest in the subject of the written or spoken word.

It was a highly enriching experience, in which each person that was involved brought their experience to a platform for dialogue and sharing.

How would you describe Milan?
Milan is a dynamic city that in recent years has undergone a profound transformation from an urban, economic, cultural and social point of view, and within which you can sense a climate of integration and international exchange. In addition, the teamwork between the Municipality, the institutions and the presence of events such as ArtWeek, Fashion Week and Design Week have made the city, over the recent years and on a international level, an attractive destination. Obviously, this is not the easiest time, but Milan will be able to recover quickly and further enhance its central role as a touristic and cultural hub.

Nicola Ricciardi (born 1985 in Milan, Italy) is the Artistic Director of miart – Milan’s international modern and contemporary art fair since October 2020. He holds a B.A. Honors in Liberal Arts from Università Cattolica del Sacro Cuore, Milan, and a Master’s degree in Curatorial Studies from CCS Bard at Bard College, New York. From 2016 to 2020 Nicola has been Artistic Director of OGR – Officine Grandi Riparazioni, in Turin, where he organized over 20 exhibitions – including solo shows by Tino Sehgal, Susan Hiller, Mike Nelson, Monica Bonvicini, and Trevor Paglen – and more than 70 concerts by artists and performers such as Kraftwerk, New Order + Liam Gillick, Holly Herdnon, and Jason Moran. From 2017 to 2018 he has been a Member of the Board of Directors of Centro per l’Arte Contemporanea Luigi Pecci, Prato, Italy. Over the period of 2010 to 2015, Nicola worked as independent curator organizing exhibitions in Europe and the US by international and Italian artists including Alessandro Pessoli, Patrick Tuttofuoco, and Diego Perrone. His writings have been featured in several art publications and magazines such as Frieze, Mousse Magazine, and The Brooklyn Rail, and he’s the editor of “Museums at the Post-Digital Turn” (Mousse Publishing, 2019) and of “Portraits, Portraits, Portraits” (Mousse Publishing, 2015). Nicola currently teaches History of Contemporary Art in the post-graduate program in Visual Arts and Curatorial Studies at NABA – Nuova Accademia di Belle Arti, in Milan. 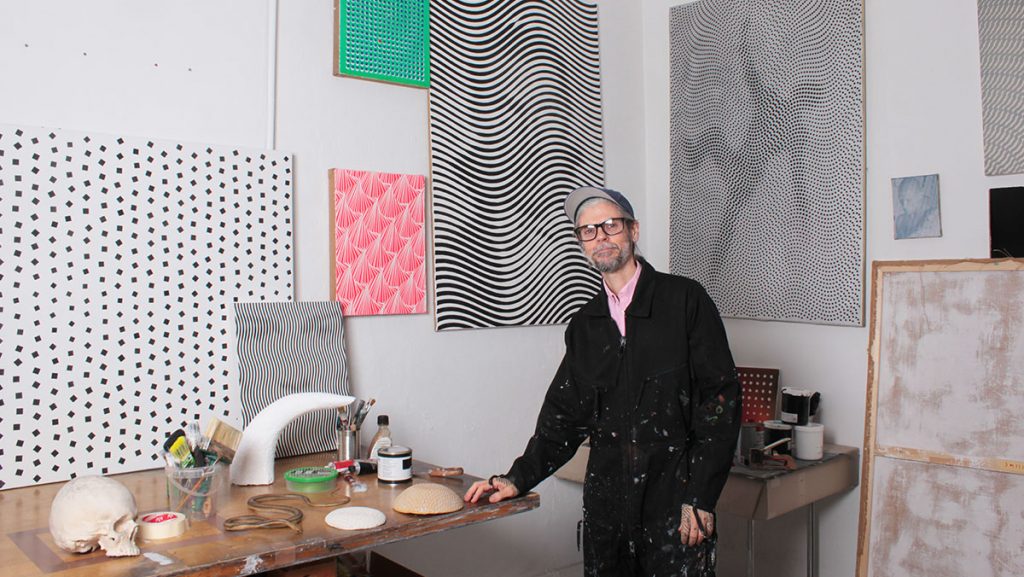 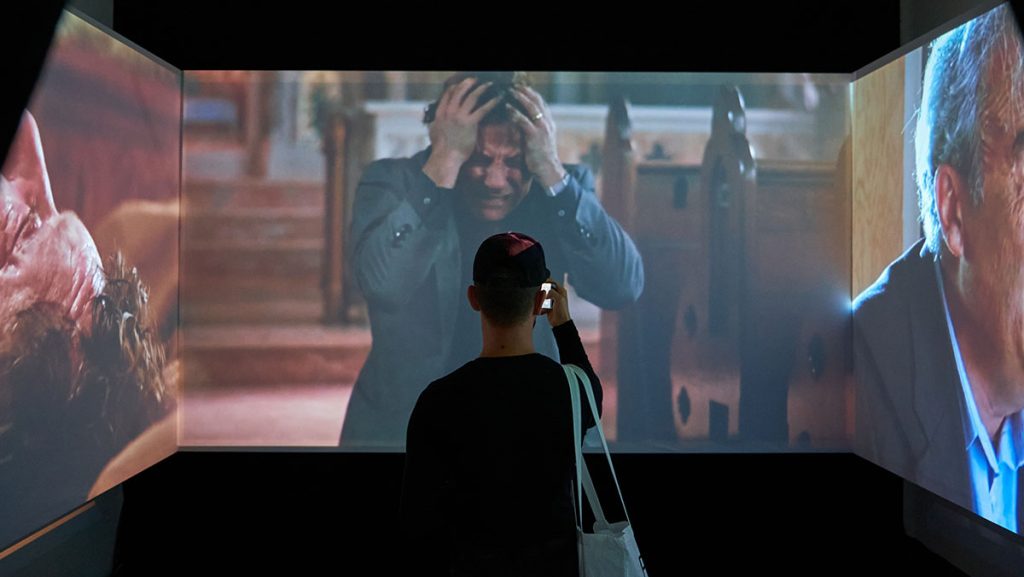