At the Beginning and at the End

Deep Touch Pressure. The group „Deep Touch Pressure“ originally consists of 4 participatory objects and emer- ged from a personal crisis, an experienced human loss, and it describes my inner state and processes at that specific time. During this phase, I became increasingly involved with neurological processes, specifi- cally with the connection between sensory impressions and the psyche. The technique of deep touch pressure, describes a specific type of stimulation of the nerves in the skin (You know this from a hug for example: – a hug relaxes, both physically and mentally.

Or the pleasant feeling of a heavy blanket or waistcoat.) Deep touch pressure has a direct influence on the central and endocrine nervous system of the body, which has the effect of calming, relieving anxiety, balancing and reducing stress. Since the overriding themes in my work are connection, touch and communication, and they do also have a physicality, the object that can be touched, and the inclusion of the sense of touch in general, was a logical conclusion for me in the development of the work. „There is nobody other then me“, seeks the confrontation with the self. Reflecting oneself, out of an inner necessity, giving oneself a counterpart when there is no one else. „How it feels“ concludes this cycle. What remains is the body‘s own experience. It is an end, but also describes a new beginning, as it can also be linked and combined with the other works. It is a wearable object made of lead, foam and leather and has a weight of about 8kg, which is evenly transferred to the body.

Sisters. The first concept of the „Sisters“ emerged from a phase of longing for physicality and sensuality, as well as working on different projects all around the topic of pleasure. On the one hand, it is a reaction on the previous group of works „Deep touch pressure“, as well as on the invitation to do an artist statement at the Semmelweisklink (Parallel Vienna 2021. I decided to produce this three part work specifically for the space, concentrating on the process of creation of life. The first, were creation starts: „Drippin‘ all over you“ The second, where things are in the the process: „Troubles(?) in the making“ And the third piece: Here the creation is ready to be delivered „As from the beginning“ The shapes are intuitively drawn lines in space, they are inspired by organs and utopian organisms. The grapefruit pink stands for the body, the flesh; yellow is an energy pole, the driving force. The juxtaposition of the two groups of works is a response to the history of the house and its naming. Birth represents an interface with life, just as death does – the two are often close together, especially in medicine: Ignaz Semmelweis recognised the cause of transmission of childbed fever. He found, that Doctors who had possibly just dissected a corpse were shortly afterwards standing in a delivery room with the same unwashed hands, and transmitting life-threatening germs and bacteria. And as a result of his studies he advised the use of chlorine as a disinfectant for hands and medical equipment. However, Ignaz Semmelweis was not listened to during his lifetime. First, because people didn‘t believe in what they couldn‘t see But also, Doctors couldnt accept, that they should be the cause of so many deaths – Doctors were seen as gentleman, and gentleman al- ways have clean hands. I think, specifically the last comment is quite a horific one. Although Semmelweis was able to show in practical experiments that within a very short period of time the death rate in births fell first to 2% and then to 0% (the average death rate among women in childbirth and newborns at that time was 18%, in some areas even 30%), almost no one was pre- pared to support or apply his methods. One might get the impression, that womens lives simple weren‘t that valuable enough to try and apply something that was perhaps not yet understood, but which had shown clearly visible success in studies, and could have been applied easily without much financial effort or human sacrifice. It was only long after the death of Semmelweis that the importance of his studies and findings was gradually recognised. Now they represent an essential part of the develop- ment and research in the field of asepsis (sterility). This also opened up for me the issue of two-tier medicine, where women or individuals read as female still don‘t get the same quality care as individuals read as male. This is why it was important for me, to point out this history again in this Artist Statement and to respond to it – because we still haven‘t achieved this equality yet.

The room. The traces of usage in the former nurses room are still visible; instead of covering up these traces, I decided to appropriate and remodel the space through targeted interventions – a stage is created, a microcosm between pleasure and decay. Both groups have their own level: Deep touch pressure is grounded, and the sisters are floating, hovering above them, like the future fortune that is yet to come.

Parallel Vienna 2021 – Room A010. Artist Statement: Viktoria Morgenstern – There is nobody other then me powered by HM Communication 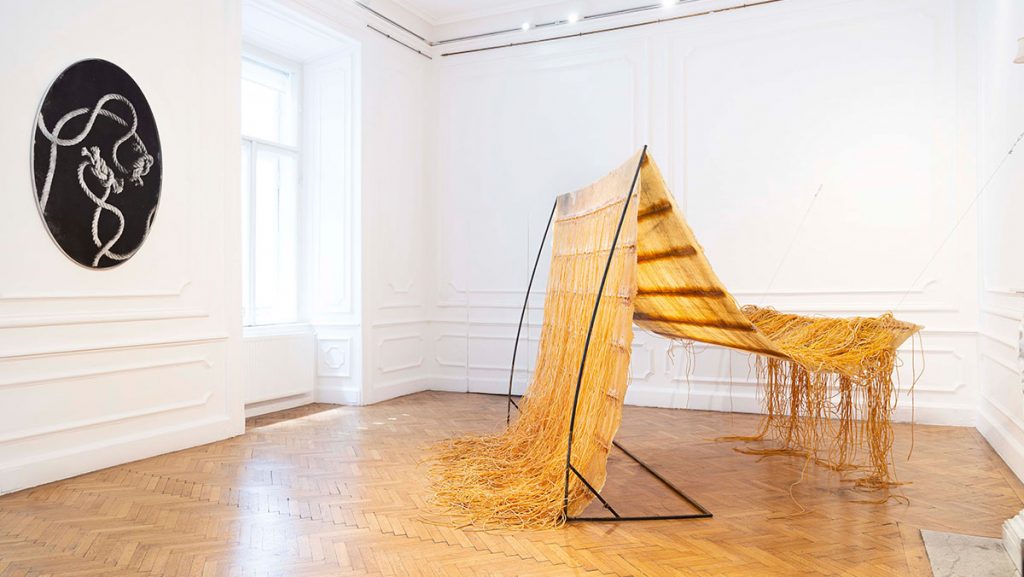 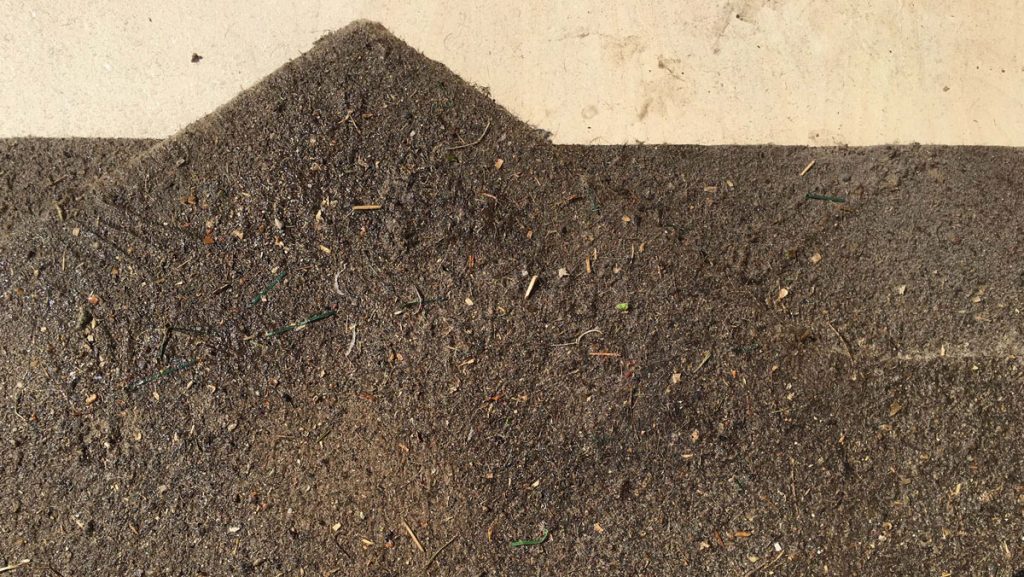