Cătălin Petrișor is a visual artist based in Romania. Petrișor is a multidisciplinary artist who favours the field of painting. He has exhibited globally in countries including France, the USA, Austria, Russia and China among others. His work has been collected by De Nederlandsche Bank’s Art Collection.
Interview: Mariia Kashchenko
28. Januar 2022
Share
Share on Facebook Share on Twitter Pinterest Email

You work with a number of different techniques. Would you say each of them symbolizes a different state? If so, could you expand and tell us about what symbolism each technique carries?
Yes! I have used and like to express myself with different techniques and mediums of expression. I mainly use painting, which I studied in high school and college, but I also experiment with video, photography and other artistic means. I always go back to methods I studied the most — drawing and painting.

I believe techniques in themselves do not give the artwork a certain symbolism. Some works are better developed with the painting technique; others are better in the form of photography or drawing. Knowledge of the technique is useful insofar as it helps me to express a certain idea.

The different stages (themes) I went through also illustrate my state at that moment (the moment of creation). Over time, as my perception has changed, the mood and the issues addressed have changed too.

What is your process when creating artworks?
In the past, during the “black and white” period, I did painting after photography, after digital collage. First I took photographs and then I processed the photos, after which I transposed the digitally obtained image on the canvas. This transposition was more related to the observance of the technique. It was a photographic study.

In short: the photography and digital processing were the creative process; then the technical part was the reproduction of the digital image in painting.

Now I’m more interested in spontaneity. I am looking to draw or paint freely, without helpful images. The works sent for the current exhibition (The Cholmondeley Ladies) are made in this spirit. I decided to do some works without using photos. These paintings are made with the aid of memory and imagination. I remembered the clear sky and imagined my birds flying.

Your works often feature a black and white palette. Could you explain why?
I had a period in which I painted only in black and white using titanium white and all  existing types of black. I mixed these with white to reveal different warm or cold shades. It was like a study of chromatic subtleties in black and white. I’ve been using these vaguely coloured greys for a few years and then I felt the need to make a change. This change has been somewhat radical. Not only did I add colour, but I cut the canvas into strips that I rewove by inserting photos or small objects between them. It was like an exercise in how painting works and how it is made. These works look like enlarged paintings; paintings on canvas in which the fabric incorporates fragments of reality.

Do you believe your national identity translates into your works?
I think there is an influence of the school, of tradition, of the society in which we are born and live. I like the place where I was born, the people, and the tradition here, but I don’t think this identity is reflected in my works at least now. I let myself be influenced by other cultures. In the past, music and western movies were the main source of inspiration, also the study of art history and different artists influenced my work. Now, I look for inspiration to come mainly from observing nature and inner states.

Do you remember when you channelled your creativity for the first time?
I think channelling creativity is an art in itself. We are creative (creators, co-creators) all the time and I don’t know how aware we are of this creativity of ours. I allowed myself or sought to be as creative as possible; I cultivated creativity sometimes without discernment, just for the sake of the game… over time I began to realize the effects of unchanged creativity. I realized that it must be channelled, that if we are aware of it we can create the reality we want.

Could you talk about the current show at Elizabeth Xi Bauer and the works you are featuring in it?
I sent a series of small sky paintings for the current Elizabeth Xi Bauer exhibition. Paintings with birds against the background of the sky. These are about space and freedom, about free space. About the freedom to move freely physically and mentally. I imagined that these birds become signs and the signs and letters are arranged in words, words that give the titles of the works, titles that I am looking for are words with good meaning. I think that these painted images can remind the viewer that he is free and that just as birds fly and see the peace of life, so can we. 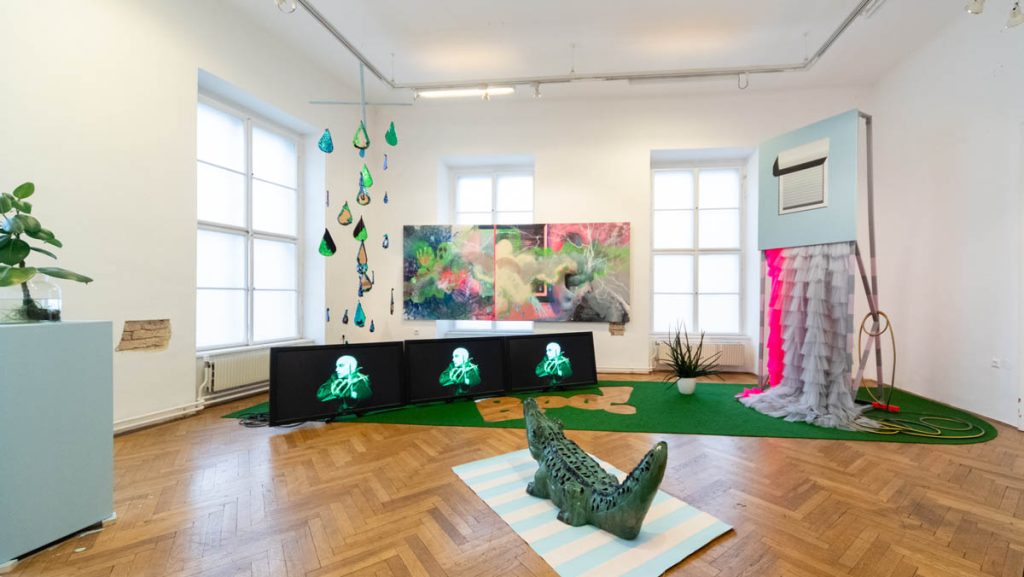 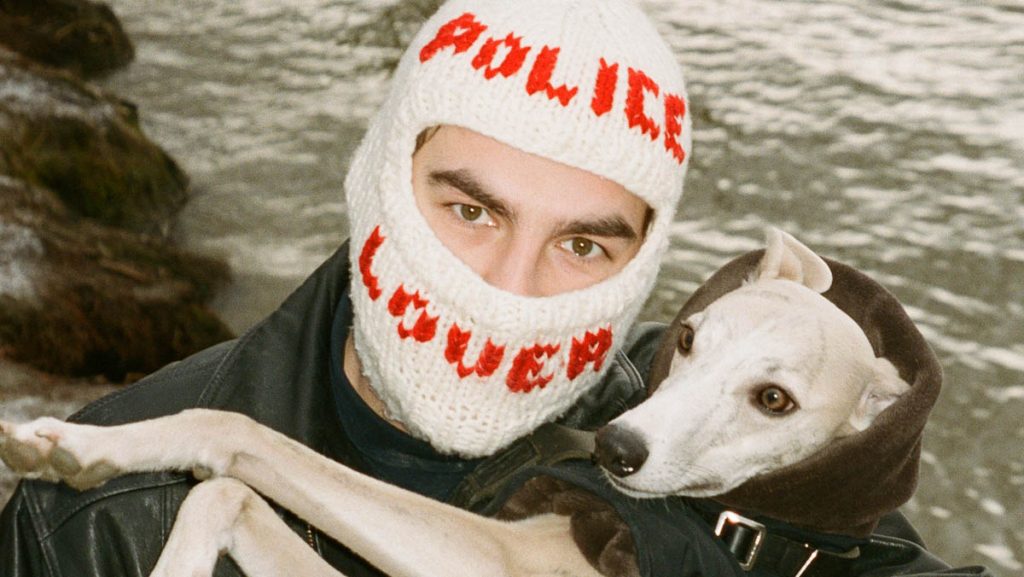