It is within this play’s tradition, reproducibility, and Lenora de Barros spirit that develops her work. The physiognomy of her work is a set of particular games. The artist plays and, without winning or losing, it is the game that wins.
TEXT: Eduardo Jorge de Oliveira – Photos: Courtesy of Artist & GEORG KARGL FINE ARTS
12. Juli 2022
Share
Share on Facebook Share on Twitter Pinterest Email

Walter Benjamin’s words have foreseen a radical transformation in the field of images in the 20thcentury. He establishes a historical framework for a series of transformations in museum and gallery spaces. Fortunately, Benjamin was not alone. In the 1930’s, other attentive writers such as the Brazilian Mário de Andrade and the Spanish Federico García Lorca paid attention to the power of play and advantages of reproducing images. Also, they provided other forms of existence of aura and the spirit or el duende, in Lorca’s words. It is within this play’s tradition, reproducibility, and Lenora de Barros spirit that develops her work. The physiognomy of her work is a set of particular games. The artist plays and, without winning or losing, it is the game that wins. Unlike what was announced by Benjamin, Lenora de Barros plays with the aura, her game aurifies the viewers’ gaze. First, because the artist sets up the game to play with the game. While the game is being played, the viewer deals with new rules around using the ball, cushions, ping-pong table, checkers, and images.

The whole exhibition takes place in this time of a game being played. Without the artifice of direct participation in the work of art, we are also viewer of rules that were previously secret. What are these rules? The first of these is an ontology of redundancy: “coisa em si.” De Barros says this is the “thing itself”. In Lenora de Barros’ game, the “itself” has value itself. Repetition is a meaningful act. There is no wear and tear. Secondly, in the spirit of redundancy, the similarities meet. In the foreground, a ping-pong ball plays with the viewers’gaze. This game provokes synesthesia.

Please, remember that: Lenora de Barros is a poet.

Infused with the most diverse practices that the term poetry possesses, she is capable of mobilizing the viewers’ gaze to create a unique listening act: the bouncing ball also exists through words. Here is a game of “ping-poem.” The eye listens, and the ear sees. Once again, Lenora de Barros takes another step beyond Benjamin’s note that serves us as a starting line. By playing, she expands the reproduction capacity of sound, voice, hand maneuvers, and of unique writing to newspapers in her “umas” (“some”) columns. De Barros plays when she writes: “to double images is to multiply or divideideas?” With this, it reproduces series that attempt the infinite and the tiny. However, she doesn’t need to go to such extremes. She plays in-between. Her play is the field of images which also includes sound, that is, the acoustic images. The third and last rule is that of the signifier itself. This is where the “coisa em si” (“thing-in-itself”) exposes the “si da coisa” (“in-itself of the thing”). Redundancy does not always repeat but creates minimal differences. Lenora de Barros is situated in the art of parody. She parodies the idea of reproduction, play, work, time, and space. The idea itself. The idea of itself.

In Lenora de Barros’ work, redundancy is a theatrical art. Another idea of play that the English language allows is that of theatrical play. Combined with the rule of synesthesia, the hands gain masks. Playing with the hands, tragedy and comedy enter into infinite parody. Parody is to be understood here in the sense of the Brazilian poet Haroldo de Campos, who reads the word by its Greek etymology: parallel chant (“Para Ode”). Everything sings simultaneously in Lenora de Barros’ work. This chorus we call exhibition is one of the cleverest uses of dissimulation in poetry, which, in order to continue its long existence on Earth, becomes the most skillful object of play. Few sensibilities can achieve the tactile performance of a play space. What a pleasure it is to experience Lenora de Barros play!

Exhibition Title:  Lenora de Barros „To Double Images is to Multiply or to Divide Ideas?
Exhibition Duration: May 14 – (Extended July 17, 2022)

About the artist: Born in São Paulo in 1953, Lenora de Barros began her work in the 1970s, under the influence of visual poetry (especially of Noigandres, the concrete poetry group in Brazil) and the experimental art movements of the time. One of her first artworks, Poema(1979), a photographic performance in which the artist sensually interacts with a typewriter, was selected by curator Cecilia Alemani for the exhibition Milk of the Dreams in the Main Pavilion of the Giardini at the 59th International Art Exhibition La Biennale di Venezia. Poema has also been part of the iconic exhibition Radical Women: Latin America Art, 1960 –1985 held at the Hammer Museum of Art, Los Angeles, 2017, the Brooklyn Museum, New York, 2018 and at the Pinacoteca do Estado de São Paulo, São Paulo 2018. The exhibition at Georg Kargl Fine Arts brings together a strand of the artist’s work that began at an exhibition held in Milan at the culture center Mercato del Sale in 1990. On that occasion, Lenora de Barros incorporated elements of the ping-pong game as a support for poetic and visual experiences, which explored playful and interactive aspects, but also issues related to fecundation and reproduction, both of women and of poetry and art. In the black and white photographs from 1990 present in the exhibition now, the artist enters a conversation with the ping-pong balls (reminiscent of ovules) printed with the phrases; coisa em si (thing in itself) and coisa de nada(thing of nothing)in a playful relationship with her own body. Subsequently, this group of works that de Barros calls Ping Poems gained new developments, such as sculptures made out of ping-pong rackets and nets, photo and video-performances and poetic texts printed on ping-pong balls. In this exhibition, the artist presents two new groups of works: Jogo de Luvas (Glove Games), 2022 a series of photo-performance in which de Barros takes her gloved hands to manipulate a ping pong ball with the word „poem“ printed on it and A Revolta da Delicadeza (The Revolt of Delicacy), 2021/22 composed of cushions made with fabrics, gauze and other materials, which also fall within the context of “Ping Poems”. De Barros also shows a new version of a “Ping Poem”-table (the first version is from 2000) and sprinkles across the floor single words printed on ping-pong balls that questions: “to double images is to multiply or to divide ideas?” Lastly, also part of the exhibition is the video performance Jogo de Damas (Checkers), 2013 in which the artist establishes poetic dialogues with other artists, such as Cindy Sherman, Anette Messager, Méret Oppenheimer and Lygia Clark. The texts for the video were written by Barros between 1993 and 1996, when she signed an experimental column on art in the newspaper “Jornal da Tarde”, in São Paulo.

Eduardo Jorge de Oliveira is professor of Literature, Culture, Media, and Brazilian Studies at the Institute of Romanistics at the University of Zurich, Switzerland. He writes about literature and visual arts. 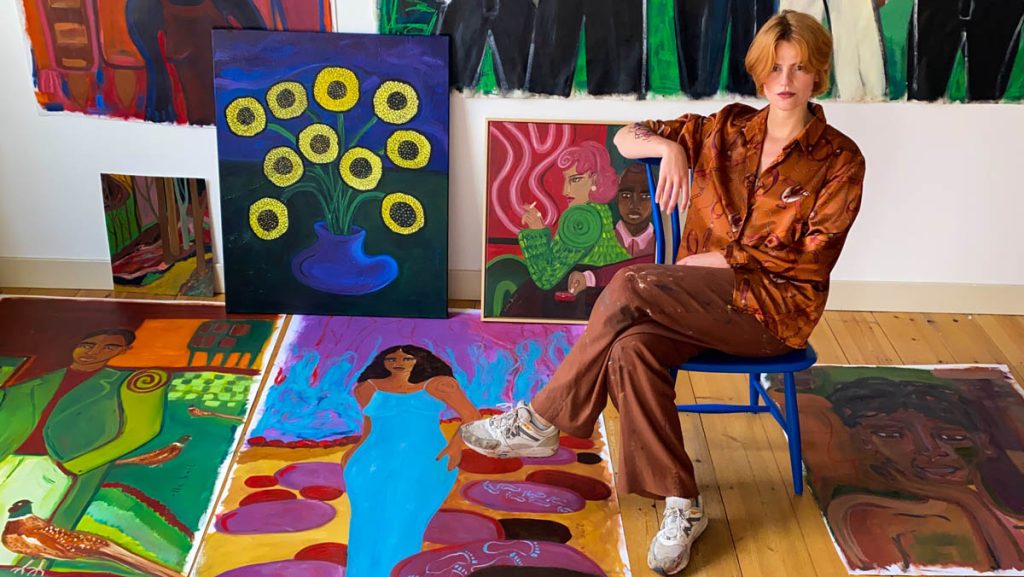 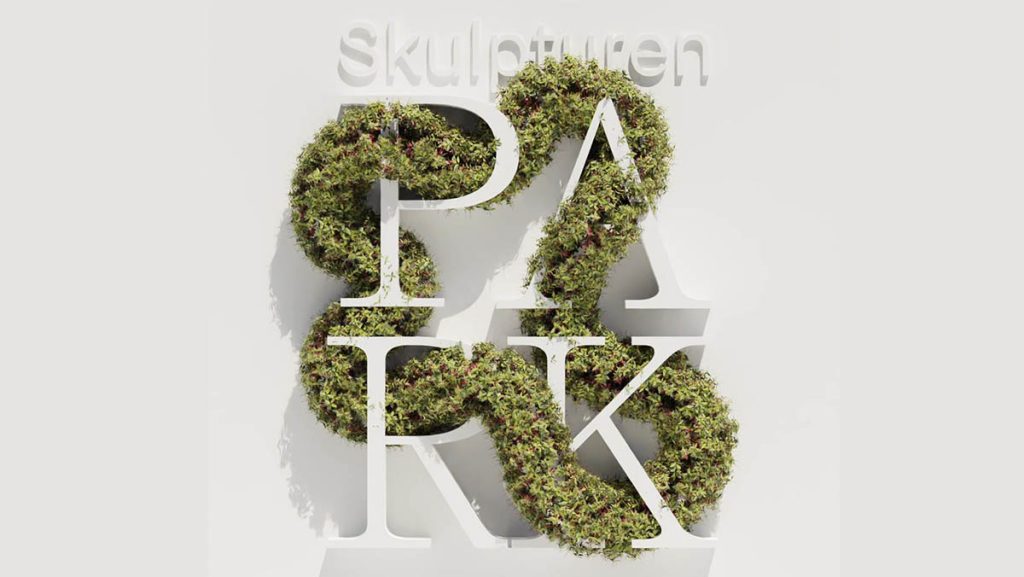