This time, the journey is leading to a charming gallery in the city of Naples. The gallery was founded in 2008 by Tiziana Di Caro, an art historian, curator, and gallerist. It used to be in the town of Salerno for seven years, at one end of the Amalfitian Coast.
Interview: Erka Shalari – Photos: Tiziana Di Caro & Danilo Donzelli
12. Januar 2021
Share
Share on Facebook Share on Twitter Pinterest Email

There, the gallery was filling a former theater of a 17th-century patrician palace with a new life. Those were years characterized by experiment. Every year 2-5 solo exhibitions were conducted. Never lacked a group show. In 2002, one of the gallery artists Stanislao di Giugno substituted the name „group show“ and called this selection of artworks and artists „Reality Show“. In 2015, the gallery relocated to Napoli’s historical center – Piazzetta Nilo; again, the choice of space is going for a building steeped in history. This time the palace is even one century older than the first one-Palazzo De Sangro Di Vietri. Some of the artists the gallery represents these days had exhibitions in both venues, for example, Maxime Rossi. In Salerno, his show was called „Kemosabe“; meanwhile, the one in Napoli (two years later) was named „It’s a Zodiac Rain“. Checking the archive of these exhibitions is a sine qua non.

In Napoli, the roster of artists represented by the gallery will continue to grow. Emerging gripping artists like: Antonio Della Guardia, Maria Adele Del Vecchio, Stanislao Di Giugno, Giovanni Giaretta, Shadi Harouni, Damir Ocko, Oscar Santillan, Maxime Rossi, Lina Selander, Sissi (Daniela Olivieri) are part of the gallery. Tiziana Di Caro is also focused on representing „underrepresented artists“. When seeing Tomaso Binga’s (b.1931), Betty Danon’s (1920-2002) and Simona Weller’s(b. 1940) work, it is easy to understand exactly why this is so important. They brought new ways of expression to the world of art. Since discovering these groundbreaking artists, Tiziana Di Caro decided to work with all her means to gain for them justified attention from both the art market and its institutions. In the last two years, they have become part of important group shows such as Il soggetto Imprevisto, 1978, Arte e Femminismo in Italia (Frigoriferi Milanesi, 2019, curated by Marco Scotini and Raffaella Perna), Doing Deculturalization (Bolzano Museum, 2019, curated by Ilse Lafer), Scrivere Disegnando, When Language Seeks Its Other (in collaboration with Collection de l’Art Brut, Lausanne, 2020, curated by Andrea Bellini and Sarah Lombardi), Silent Revolutions: Italian Drawings from the Twentieth Century (Menil Drawing Institute, Houston (Texas), 2020, curated by E. Kopp and I. Zucca Alessandrelli). Sometimes, all the three were part of the show; sometimes it was a different combination. Then, Tomaso Binga had in 2019 a solo show in the amazing Mimosa House, in the city of London, entitled „Silenced Victory“. Tiziana Di Caro gripping emerging artists are also part of notable group and solo shows, international art fairs, and shows in other global galleries. I contacted her because I wanted to know how she is dealing with these disquieted times, to ask how she thinks about various art world occurrences (online art fairs, online viewing rooms, e-commerce), and to get to know what she is hoping for the coming times. Thank you for our back and forth emails.

Can you tell us something about the location of the gallery? How would you describe the neighborhood that Tiziana di Caro is located?
The gallery is located on the first floor of Palazzo De Sangro di Vietri, built in the 16th century on Piazzetta Nilo. Piazzetta Nilo is on an arterial road, traditionally known as „Spaccanapoli“ („spacca“ means to „split“). If you look at the city from up above (for example, from Castel Sant’Elmo), you will see that Napoli is divided in two. For me, if there is a center of the city, that one is the historical center. So, the gallery is in the center of the center. Palazzo de Sangro is close to the university, to the academy of fine art, and to most of the city’s finest monuments. When you open the gallery’s windows, you can feel the energy of hundreds of people who gather in Piazzetta Nilo. You can hear their voice, and you can feel that exciting confusion which is typical of this city. It is amazing.

When you open the gallery’s windows, you can feel the energy of hundreds of people who gather in Piazzetta Nilo. You can hear their voice, and you can feel that exciting confusion which is typical of this city. It is amazing

Where are most of Naples Art Galleries located? What can you tell us about the gallery scene?
Alfonso Artiaco, who is one of the most established Italian galleries is located in the same building as mine. In the historical center, we are few, while most of them are located in a district named Chiaia, which is also beautiful. The group of the galleries, which is known even out of Napoli, is made of less than ten. There are many other galleries which are doing a good job, but more local.

How have you been discovering the artists that you represent?
My research on the artists comes from international exhibitions, and artists or curator suggestions. Then I read a lot, and when I find someone interesting who matches the gallery program, I go deeper. When I start a conversation with an artist, I usually ask to visit his/her studio. I talk a lot to them to figure out their method, approach, and identity. Then, if match is happening, the first step consists of a solo exhibition at the gallery. Already in this first experience with the artist, I start to promote their work inviting collectors to see the exhibitions, but even curators or museum directors.

Do international artists that you represent include sometimes Naples in their works?
I love when artists find the link with the city (in production, for example). This involves many collaborations with local realities, craftsmen, or when they take references from this territory. For example, Damir Ocko realized an essential part of his video TK in a town very close to Napoli. We found there a theater that hosted the shooting, and we also involved a man from here who played a role in the video. Or Maxime Rossi, who has realized a series of glazed ceramic sculptures with a ceramist from Vietri Sul Mare, a place between Napoli and Salerno (very famous for the production of ceramics).

Or Maxime Rossi, who has realized a series of glazed ceramic sculptures with a ceramist from Vietri Sul Mare, a place between Napoli and Salerno (very famous for the production of ceramics).

Who are the collectors that buy at Tiziana Di Caro? Do you have buyers from Naples, and do tourists that visit Naples buy sometimes?
I have collectors from Napoli who follow the program and there are a lot of good intellectual exchanges, but the significant support is from collectors from all over Italy and from abroad. My collectors are professionals, and most of the time, they are collectors and not clients. In fact, they are buying by a gallerist and not by a dealer. Over the years it happens that tourists came and buy something, which is absolutely amazing because is totally unexpected. 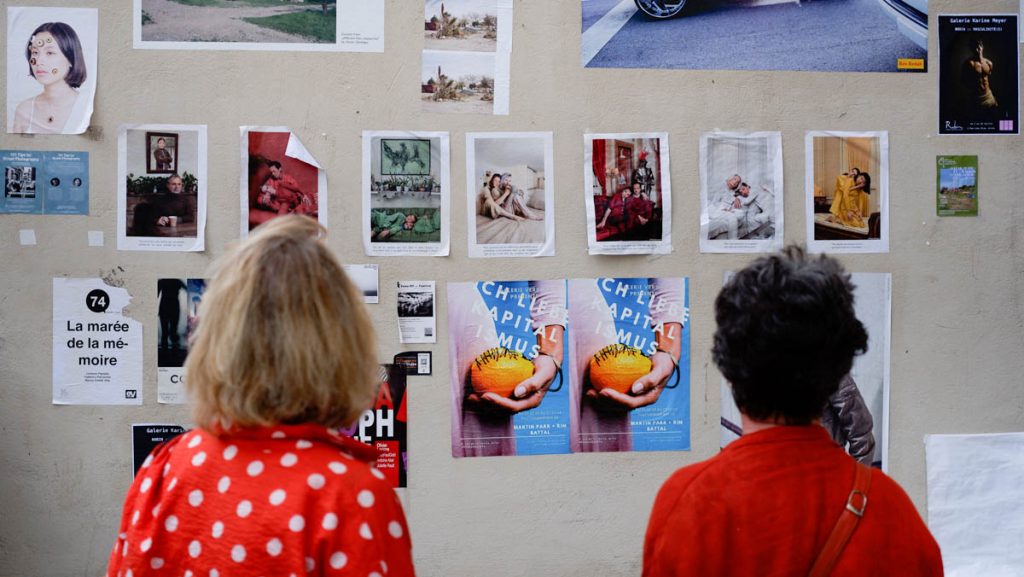 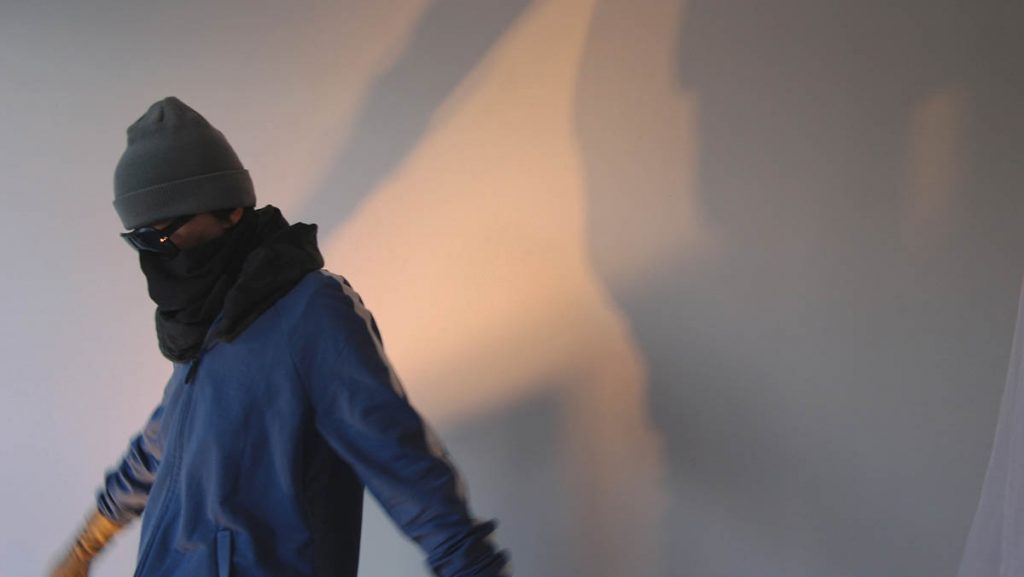