Till now, with their booth contributions (Art Berlin 2019, viennacontemporary 2020, Artissima Unplugged: Frenetic Standstill in Turin 2020), they have always landed in the highlights of articles about art fairs (e.g., Monopol, Aesthetica Magazine New York). It is super interesting to retrospect their till now participation. By conducting recent past related research, future-related thoughts arise as well. What will happen in 2021? Till now, understandably, the only announced art fair on the kajetan website for 2021 is Art Brussel. In December, I contacted Tobias Posselt, founder and owner of the gallery. I started a conversation with him and the artist Marc Nagtzaam – currently having his first solo show with kajetan.

When not on Booths, kajetan can be visited in Berlin Kreuzberg, in Gneisenaustraße 33. Tobias Posselt, when envisioning the gallery type, knew that this space would not be just for discoveries. He focused indistinguishably on rediscoveries and has since brought to the german and international public artist names, which deserve to be seen more seriously. Now, two years and a bit later, the gallery counts nine international artists in its roster. They are called from art critics, writers, and art historians: radical painters, anti painters, convention breakers, desecraters, but also patient people, or humans who create special ordinary systems. This art requires another type of reception (I find e.g., very beautiful Michaela Nolte’s statement in Tagesspiegel, in the frame of one of Elisabeth Vary’s exhibition: „Man wünscht sich eine Leiter, um die Objekte aus der Nähe zu erkunden“). Therefore, I felt that I had to ask Tobias Posselt about the common denominator of the artists that he represents. We talked about the gallery roster, the differences between discovery and rediscovery, gallery traits, viennacontemporary art fair, and crisis as an important part of artistic processes. Meanwhile, with Marc Nagtzaam, we talked about kajetan spatiality, creative processes, found materials, exhibition titles, and the inability to travel to his exhibition. This kind of absence of him this time in the show is reflected even in the exhibition name. The exhibition can be visited at the moment only by appointment. Douglas Huber’s quote, mentioned by Marc, struck my thought. The way how he described Roma Publications Amsterdam, where he is a co-founder, is also remarkable: „Although the scope has increased, Roma still feels like a group of friends trying to make interesting, beautiful books.“
Meanwhile, he is in Hoofdplaat, Netherland, taking walks in nature, driving in close by cities, and enjoying always driving home and in his atelier between the meadows and rows of trees.

In the about column at gallery website is written: the gallery is focusing on so far underrepresented mid-career artists with distinct and strong personal perspectives, whose work is characterized by complexity and precision of form, as well as on discoveries and rediscoveries. How came this idea? Do you remember the first time that you were building this vision?
Tobias: I have been watching the contemporary art scene for a long time and it struck me that there are outstanding artistic positions that do not have a suitable podium, although they are characterized by their constancy, i. e. at a very high level over many years. In any other field, such seriousness would be recognized without any problem.

In any other field, such seriousness would be recognized without any problem.

And since I was in a critical situation and had nothing better to do, I decided to start a gallery with a focus on artists working close to non-objectivity and unjustly underrepresented, in whose work the crisis was thought of and who had so far been denied greater success. A completely crazy venture. However, I have the impression that we have achieved a lot in the 2 years since the foundation of the gallery, even if there is still a lot of space for improvement.

Many galleries focus on discovery. You do coevally discovery and rediscovery. How they are different from each other?
Tobias: Discovering a young, promising artist is one thing, but as you say, many galleries have that in mind. For me, however, something completely different has been decisive: that I can represent artists whose work convinces me and with whom I also get along very well on an interpersonal level. In this sense, the artistic work is more important to me than the discovery. And in this sense we are really a programmatic gallery for the artists. It is very important to me that we – with all the necessary friction – can come together in it. To „rediscover“ an artist like Erich Reusch, after he has been shown only very sporadically for many years, is an incredible adventure. If you look at the works he realized in the last years of his life, this anarchic energy paired with enormous experience, you can or must ask yourself: youth, so what? That is simply a weak criterion. But, we are of course keeping our eyes open.

To „rediscover“ an artist like Erich Reusch, after he has been shown only very sporadically for many years, is an incredible adventure. If you look at the works he realized in the last years of his life, this anarchic energy paired with enormous experience, you can or must ask yourself: youth, so what? That is simply a weak criterion. But, we are of course keeping our eyes open.

In 2020 you were a participant gallery in Vienna Contemporary. You participated in the fair with the works of artist Erich Reusch and Claude Viallat. How were these works received at the art fair?
Tobias: It was unfortunate that we had to show this contribution in a situation marked by the pandemic. The visual correspondence between the two masters in their field was really impressive. I think we were not the only ones who perceived it that way. Aesthetica Magazine New York highlighted Erich Reusch as a „have to see“ along with four other artists. Unfortunately, Reusch was not able to experience all of this, but perhaps – in view of the pandemic – it is better that way. However, the Austrian museums missed out on acquiring one of his last works, this really impressive, singular sculpture (Untitled | 1965 / Version 2019 |Steel, Wood, Acrylic, Epoxy paint | 222 x 410 x 170 cm), which we were able to show. A negligence, in my opinion.

kajetan is now counting 9 artists on its roster. How the roster evolved, and what is the common denominator of your artists?
Tobias: Our list of artists has been developing gradually for the last 2 years. Before I even started, I developed an idea of these 2 exhibition years and tried to get the artists to participate. In the case of Claude Viallat, for example, this was only possible on recommendation. He is one of the most famous artists in France and almost unknown in German-speaking countries. We showed his first solo exhibition in Berlin.

In the case of Claude Viallat, for example, this was only possible on recommendation. He is one of the most famous artists in France and almost unknown in German-speaking countries. We showed his first solo exhibition in Berlin.

Actually incredible, because it was only our third exhibition so far. I was deeply impressed by the fact that Viallat put his trust in me and agreed to do so. The common ground of the artists represented by the gallery is – if one can put it that way – the (very individually handled) process of reduction with which they treat very complex world views. This is not a contradiction, but a great artistic achievement. Unfortunately, this is very difficult to communicate at present.

We haven’t been able to travel anymore since march 2020. Can you describe for us the spatiality of kajetan gallery?
Tobias: If it is possible again, you are always welcome. The gallery is located in a former artist’s studio in a Kreuzberg backyard. We just left most of it as it was. It is not a clean white cube, but rather has the friendly studio charm of the incomplete. The central exhibition space covers about 85 square meters in typical Berlin industrial architecture of the Gründerzeit. The light comes from the north.

It is not a clean white cube, but rather has the friendly studio charm of the incomplete. The central exhibition space covers about 85 square meters in typical Berlin industrial architecture of the Gründerzeit. The light comes from the north. 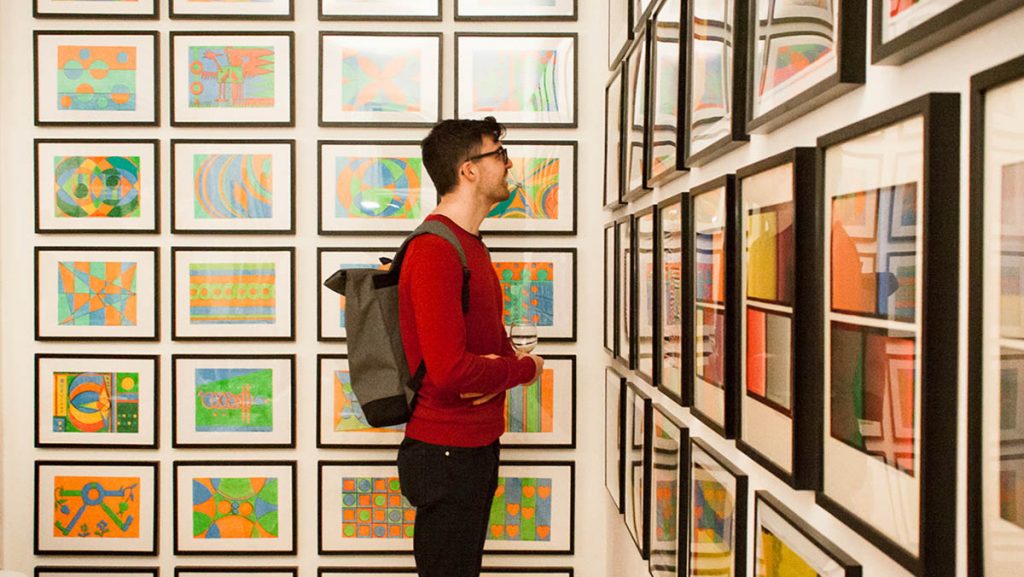 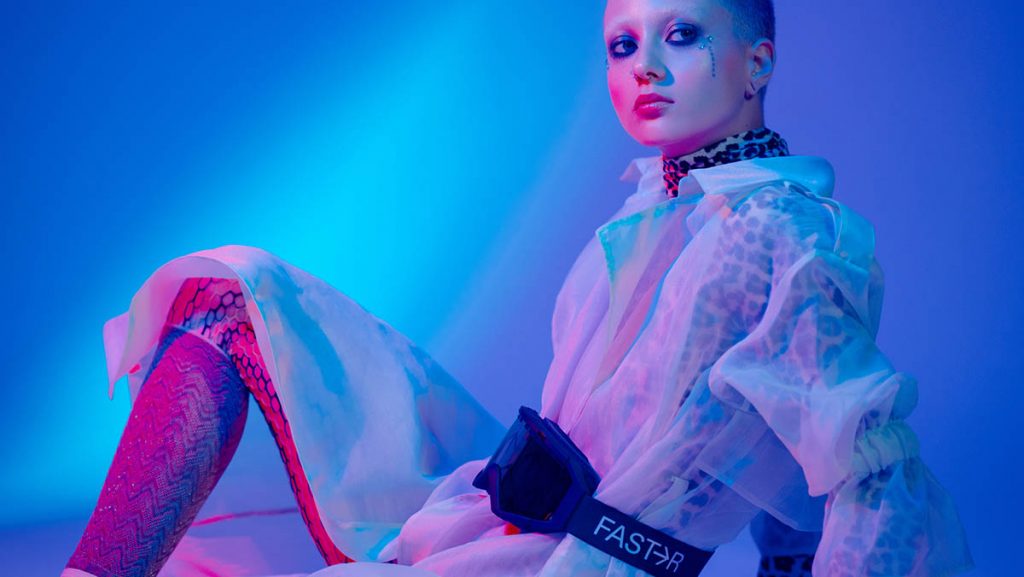 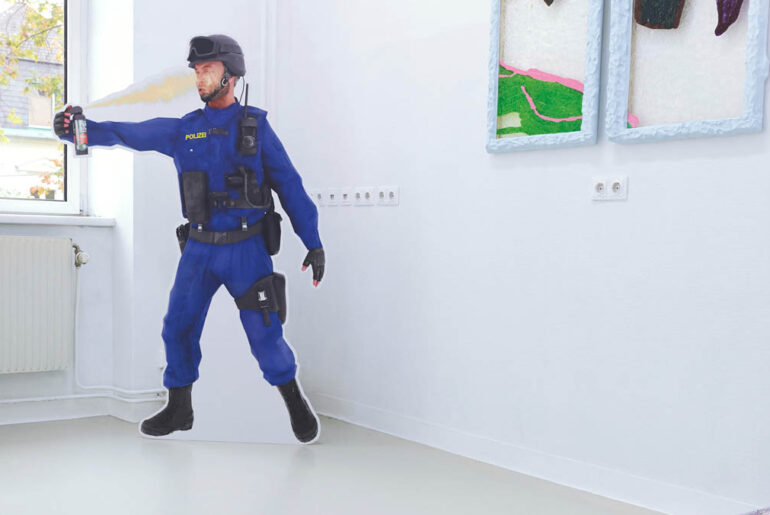 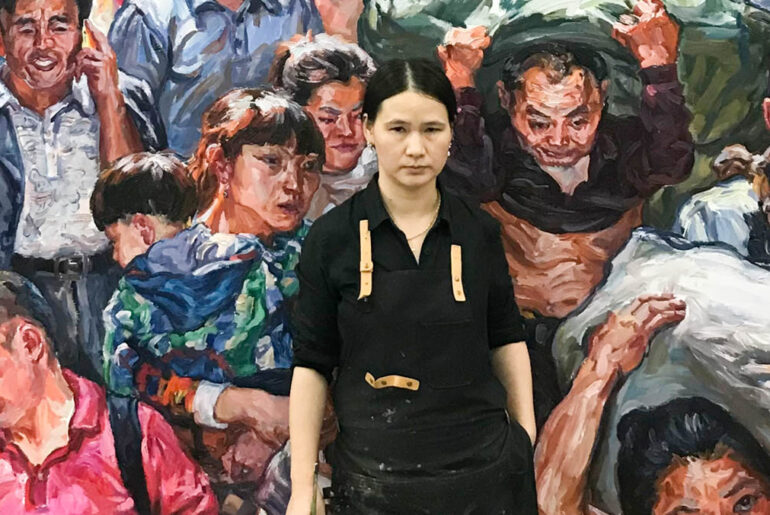 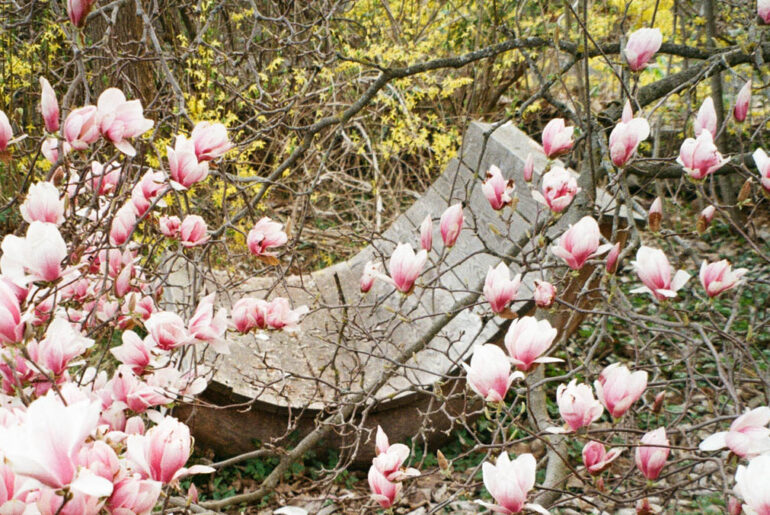 Join the LNR Kosmos and dance.