Ciaccia Levi is a contemporary art gallery based in Paris, founded and directed by Nerina Ciaccia and Antoine Levi. In the beginning, the gallery was located in the Belleville District. Many unforgettable shows have taken place there, namely 38. The neighborhood had numerous of other interesting galleries, gallerist friends had their locations nearby, and the crowd coming to exhibitions was curious and high-spirited. After openings, mostly they would head at Chez-Valentin, drinking wine, smoking, and chatting. But over time, the crowd somehow started to relinquish from the neighborhood, and the gallerists started looking for a new location.
Interview: Erka Shalari - Photos: Courtesy of Ciaccia Levi Gallery
5. März 2021
Share
Share on Facebook Share on Twitter Pinterest Email

Newly, one can find Ciaccia Levi in the Marais neighborhood. Today the gallery represents 13 inspiring artists, 3 of which have become part of its roster between 2020 and 2021. Their works span over many disciplines, from figuration to conceptual art. Nevertheless, they work on different levels and are in a way not exclusively focused only on a main media. Almost all exhibitions are curated by Antoine and Nerina. In the interview, they quote: „A gallerist is automatically a curator. It is true that we sometimes ask the collaborations of writers to expand the selfcentered vision of certain shows“. Curiosity seekers can see these shows and read the texts on the online archive of Ciaccia Levi. But Nerina & Antoine are not just gallerists – they are also key actors in the new era generation of art fairs. In a collaboration between other emerging galleries, they have founded in 2015 Paris Internationale. When being asked about the uniqueness of the Paris Internationale art fair, Antoine says: „We try to keep a gallerist mentality instead of wearing the clothes of regular art fairs producers“. Among others, we talked about architecture, Parisian neighborhoods, artists of the gallery, digital art fairs, exhibition views, and future plans.

How was the idea of opening a gallery brought to life? When did the gallery change its name from Antoine Levi to Ciaccia Levi?
We’d like to say it was born naturally, as the logical continuation of our former professional activities either in galleries or institutions. Since the beginning, the gallery was supposed to have the current new naming, but when we opened and started the gallery, we had literally no time to change, and we called it the same way as the declared company, the time for Nerina to settle her position on the French ground officially. With the new space in a new location inside Paris that began last year, we decided it was a good time and a good signal to change identity and to put Nerina’s name first. Last September, the gallery changed its name to Ciaccia Levi, Paris.

Before asking questions about the present-day location, can you share with us a small retrospective of the place where the gallery started its life.
The Belleville space was a former insurance office (that took over a carpenter lab) whose owner escaped with the client’s money. For a year, we had a crowd of desperate people coming to ask us where the hell did the insurance guys were. At the time, there was an Interpol hunt after them. We did ourselves all the restoration. The façade was derelict; I cannot remember how many times I paint it repeatedly to hide its actual state, but it was practical, we could unmount as often as we wanted the large glass window so bring large works inside the space. In terms of space it was a rather low ceiling, it was narrow but with a nice perspective and a warm place for the public to come. Our office was very tiny. Back in 2013 when we opened, Belleville was a very exciting place to work. we had the luck to be welcome by our friend’s galleries who have been so kind to us. The street was fun for a couple of years, but then things changed. But as the years coming by the area context got worst and worst, people started to lose attention and got tired of going there.

Did this space had any unique elements, something always to be remembered?
There was something funny as there was a huge electric power cable of the building inside the space, which we couldn’t remove. So, we hid it with a poor L shape box then painted in white.

It was very clumsy, but when artist Saâdane Afif came for the first time, he said: “Damn that could be a work of mine!

How long did it take to find the new space of Ciaccia Levi? How is it built? Could you tell us something that can tickle our imagination?
It took us time to change space, almost two years. Paris real estate is rather difficult, expensive, and demanding. We wanted a new space that could have the same parcours as the former one, which is a direct contact from the office to the gallery space, to avoid cutting contact with the audience. With its tall ceiling and elegant lines designed by architect Nicolas Dorval-Bory, the gallery is a very welcoming space. The relation to the street and its surroundings was key for us as well.

With its wide glass façade, the gallery gives the sentiment of a peristyle; it is open to the outside world and spouses the neighborhood, without invading at the same time the exhibition’s contents.

Once inside, people do not feel trapped or closed, there is a beautiful ambivalence inside-outside that makes the space more “breathable”.

I think the neighborhood always gives a note to a space character. What feelings do this Arrondissement hand?
We are at a triangular border between what is called “Le Haut Marais”, Arts & Métiers and Etienne Marcel. The locus in itself is very Parisian and, yet, being very central, is not a posh area, and it is very easy to access by any means. In a way, we are within the Marais parcours without being too much inside. We are now at the core of a precise and delimited context, and this new area changes a lot to where we were before in Belleville.

How do you cultivate the artist’s selection of Ciaccia Levi? What influences your choice when it comes to representing new artists?
We first look at the work, then we engage in a dialogue so to see if there are affinities. This latter aspect is key for us, we would hardly represent artists whom we couldn’t get along very well. Reuniting the art with conviviality and bond is fundamental.

Of all the ways to discover artists, can you give us two examples of how you discovered yours? Will you announce any arrival of new artists represented by the gallery?
At the beginning, and I have to say it didn’t change that much today, we spend nights online watching at graduates shows and reading blogs. We discovered the extraordinary Piotr Makowski mostly a couple of days after his MFA graduation at Gdansk Fine Arts Academy. I remember it was on a blog that I forgot the name, but we were fascinated and wrote him. This happened before we opened the gallery. When we discovered the work of Sean Townley, it has been an adventure contacting him as he wasn’t working with any gallery or had any website. I wrote to all the Sean Townleys on Facebook until one day Sean actually replied us.

The gallery has welcome three new artists in the last weeks, three artists we were following the work since months. The first is the Antwerp based painter Amber Andrews that is the current show; then we engaged the dialogue with Swiss-based painter Romane de Watteville; and finally we welcome our first French artist in the roster, Chalisée Naamani, a conceptual artist.

It doesn’t happen that we include more than one artist at once, but we feel very much being in tune with them all.

I can say that in the last years, I see a bigger accuracy in exhibition documentation. I have noticed that many art galleries have a „own“ photographer. In your case is Aurélien Mole. What is the particularity of his photography?
Aurélien has an immense experience. At the beginning we worked with two different photographers but, as it happens with the artists, with Aurélien there has been a „coup de foudre”; as an artist as well and a fully dedicated person to the sake of art, he is very organised and has a very high versatility to any place.

Before shooting he likes to know about the exhibition so to obtain the most optimal result. We like to keep him doing the views because he knows the space and its details, where the light is problematic or not, and he adapts himself quickly and with a smart mind to any new project.

What can exhibition views reveal, emphasize or depict?
First, they simply give a scale, then situate and indicate the vision and ideas of the display of an exhibition, they justify the installation efforts and considerations which are key. They also help to highlight how an artwork responds to the gallery space, and vice-versa. The views try to make people who cannot come to see the person to be part of it and to feel it.

Are the exhibition of Ciaccia Levi curated by Nerina and you? Do you also collaborate in this regard with other contributors?
A gallerist is automatically a curator. It is true that we sometimes ask the collaborations of writers so to expand the too self-centered vision of certain shows. We haven’t asked yet curators to organise a show for us, curating show is something we love doing. For the two group shows All the beast and Respawn we asked Stefano Pirovano (creator of the online magazine Conceptual Fine Arts) to write for these two shows, as we share a lot of common sensibilities, but Stefano has other passions and other interests that we found he could bring within his writings; he has hit the bull-eye everytime! For Lisetta Carmi’s first show we asked the Renaissance Art Historian special Betrand Prévost to knit a beautiful text piece. We also asked once to Zoe Williams to write about Louis Fratino, and it has been an amazing experience too to gather two artists we represent. Back in 2016 we asked Elena Lydia Scipioni to make an interview regarding the exhibition by Luigi Ghirri.

We have left behind us a year that we will not easily forget. How has this time been for you two?
Just like everyone, worried for our artists and keeping a communication with them, same for our supporters in the whole world; it was and still is a moment in which we comfort each other, but we are all too prudish to admit it.

Worried for our families and friends as well, and trying to keep on working and looking for solutions. But 2020 has strangely been a very good year for us, we met new artists, we opened a new venue, we worked for Paris Internationale and in the end the results have been good. 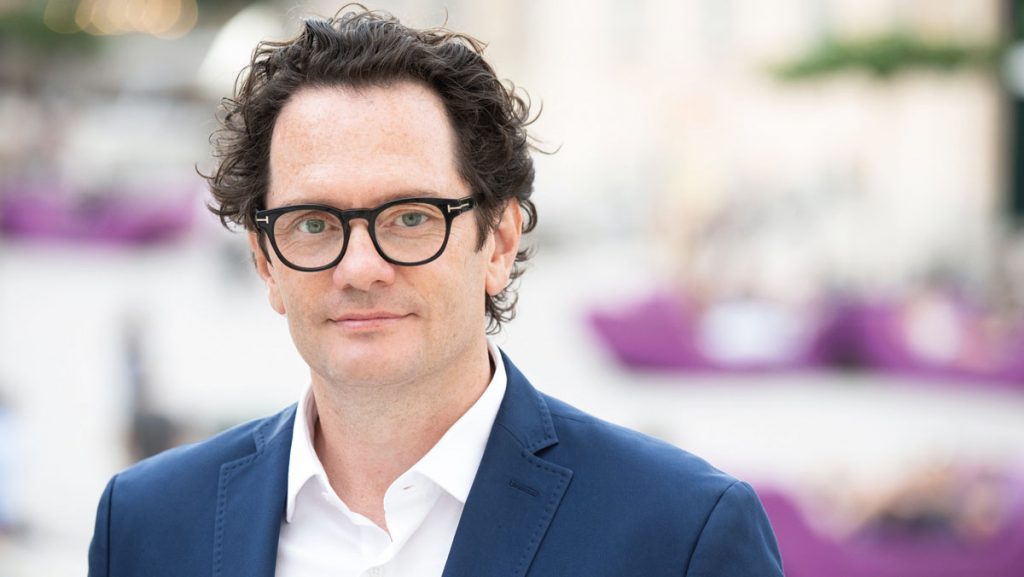 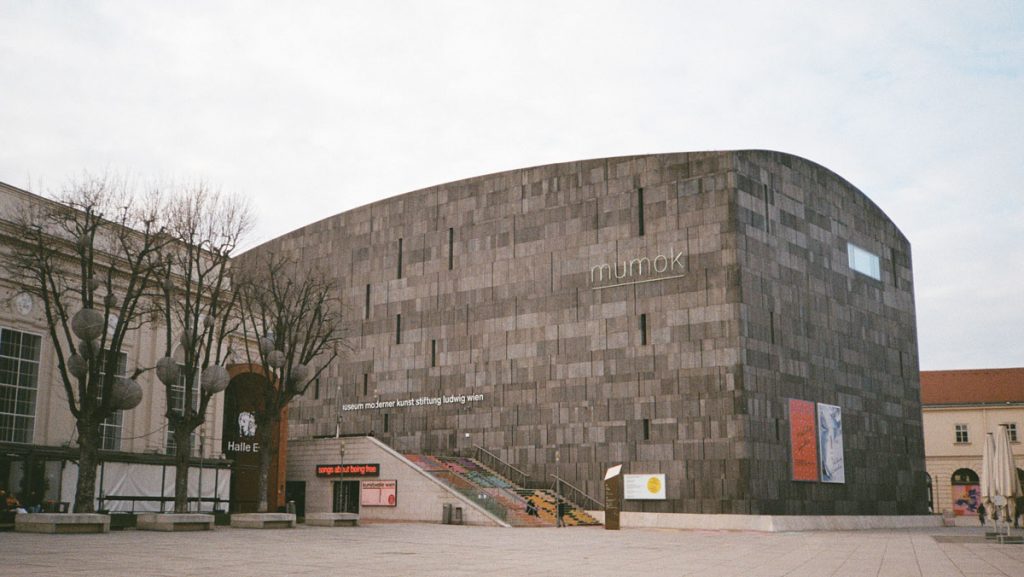