An installation in the Augarten Porcelain Museum in the context of the exhibition „LEOPOLDINA. Fearless to Rio“ curated by Dr. Claudia Lehner-Jobst. My project is an in situ work, which means that the installation was designed for the specific space of the Porcelain Museum.
Text: Georgia Creimer – Video: Günter Richard Wett
13. August 2022
Share
Share on Facebook Share on Twitter Pinterest Email

When I use the word space, I mean both the architectural situation and the function of the Porcelain Museum, as well as the location of a special event and its historical charge: this is exactly where the archduchness Maria Leopoldine from Austria (1797-1826) was dining over 200 years ago and was celebrated and said goodbye at the same time.

In today’s Porcelain Museum room stood the imperial table that night, at which she dined with her family – a farewell party after Leopoldine was married to the Portuguese heir to the throne Dom Pedro by procurationem in Vienna and before she took the ship travelling in an 82 days journey to Rio de Janeiro.

I was asked to do a work dealing with Leopoldine from a psychological point of view and sentiment. And in fact for this special evening, when it must have become clear to her at last that she would leave her previous world forever and travel across the sea to a new, unknown country.

This fact worked for me as a strong metaphor for a special „coming of age“ topic: A young woman is confronted with her selfdiscovery, her identity and emancipation …

A film is projected onto a large, lens-shaped, oval plate that stands or hangs in the room tilted and at an angle. A young woman appears to be exploring her liquid and flowing environment. Her movements have something of a somatic intelligence. She is like in trance and radiates strong sensitivity.

The oval shape with the figure and the crystal shimmering patern of the water remembers an oversized cameo. The unstable position of the oval surface appears as if it is about to lift and soar into the air. The female figure seems to be swimming and flying at the same time. 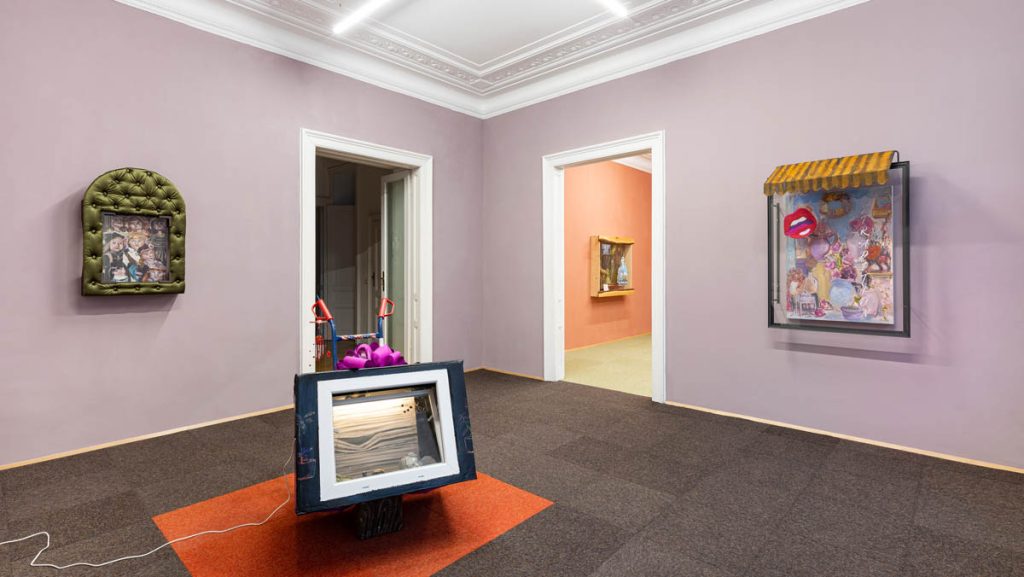 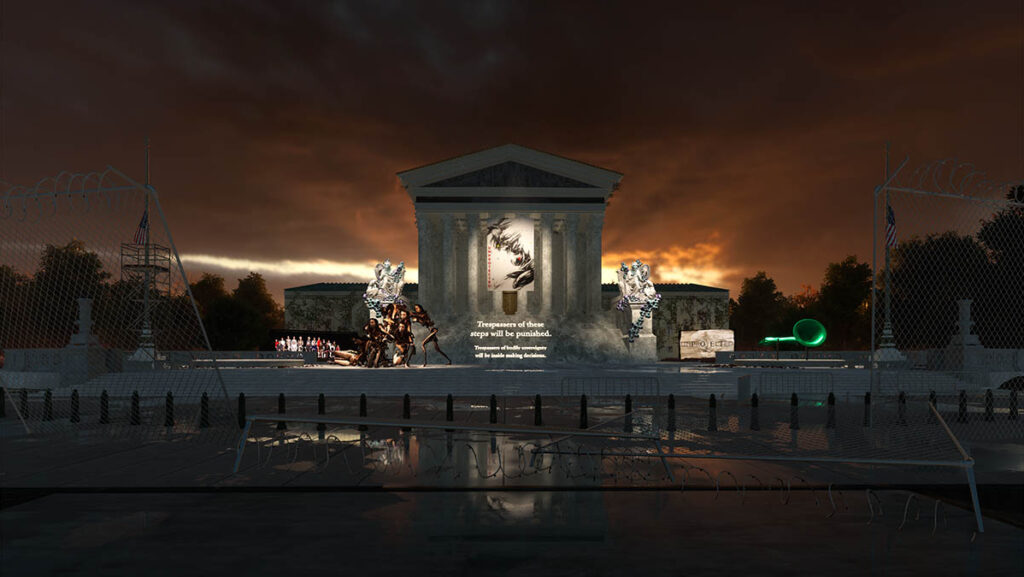