It is a laboratory like situation, with different containers, test tubes, syringes on the working table and the artist herself dressed in a white robe. She is equipped with a handwritten numerical table to follow meticulously as if it were a manual for the chemistry experiment. Around her, hung on the walls, there are other tables and graphics – an absolute madness of numbers and formulas one can’t grasp. However, in deep concentration, Shatalova is consulting the calculations she’d made and controlling the fluids millilitre by millilitre, with an almost obsessive accuracy.

A glimpse at the artist’s biography would give an important insight – Darja is a theoretical mathematician by her first degree, and the world of numbers is not only perfectly familiar and comfortable to her, but also fascinating and inspiring. Answering the question about her choice for the artistic path, she speaks of intention to manifest numeral systems and algorithms underlying the reality. If you’re interested, take a look at Shatalova’s artist’s books in mumok Library – ciphered diaries whose pages are entirely covered with graphics, complex computations and tables, they are everyday reflections, ideas, stories and dialogues registered in a form of numbers. If confusing but absorbing for a reader, for the artist, these volumes are clear and lucid material to be transformed into art projects.

Auf der Leitung stehen has been also developed from the routine statistics, more precisely – from registration the time and duration of personal telephone calls. It had been collecting by the artist since 2018 and recently has been transformed into a performance. It starts with empty glass vessels, dry pigments and a big bucket of water: each pigment corresponds with the time of a call, each vessel with a month, each portion of water with the duration of a call – thus, the magical blending begins. The artist gives it a full circle until all liquids are again poured down into one bucket. I was watching the performance online and couldn’t but think about the famous scene of stones sucking in the novel ‘Molloy’ by Samuel Beckett, an excerpt from which I cited for the epigraph. Briefly to remind, it is protagonist’s monologue about the procedure of sucking pebbles on a beach, distributing them methodically among his trouser and overcoat pockets, so always to keep with a precise number in each. A spellbinding passage that has been referred to and discussed extensively ever since it was published. I see in drawing this comparison a way to interpret Darja’s performance. (Note in the margin: as far as I know, mathematicians seem to have a big interest in Beckett’s work, and in particular, enjoy greatly this scene from ‘Molloy’).

Beckett eliminated any emotionality from the monologue and focused on the necessity of organizing and repeating the absurd acts – Molloy strategically and compulsively sought to achieve certain fulfilment and efficiency. By unveiling the very mechanism of pursuing something, the writer exposed the underlying of our complicated emotional reality. The same does Shatalova – behind the passionate ups and downs of personal calls, she discovers a sequence to be analysed. Like Molloy, for hours, she is looking for the way to balance all the liquids in the vessels and maybe also to reach a certain fulfilment in consistency of the process. Like Molloy she is performing as if it must to be performed. Like Molloy, in the end content with one stone, which he occasionally lost, she then comes to one bucket, and then… it is over. In this way, Auf der Leitung stehen shows the machinery of drives or visceral needs propelling human to act, and specifically here – the essential drive to bond, or to be loved and feel valued in relationships. Darja demonstrates combinatorics of actions embedded into individual sensitivity and responsiveness. Molloy had to calculate his system for sucking stones – rationalize irrational; Shatalova is measuring calls – rationalizing in colours, amounts, and cycles irrational sensibilities.

The title Auf der Leitung stehen – literally means stay on a cable – implies misunderstanding between people. In this sense, the performance may also be interpreted as a therapeutic act of mending the bond or oneself in relationship. Mathematical healing, for it is instinctive to set up a system within chaos so to find a way to cope with it. Surrounded by tables and calculations, in her improvised laboratory for dealing with personal experience, the artist appears fragile and vulnerable. And sometimes it seems that she is performing a ritual, because you feel how meaningful every step is and how much transformative power they have over the performer.

However, it all releases in blowing soap-bubbles. Standing on the threshold of Das T/abor together with the spectators, the artist lets the final material fly away and the rest is carefully bottled off in small test tubes. Found her own strategy for ‘stones-sucking’, she is weighing and distributing seconds, minutes, millilitres, and litres of the emotional experience. And here the idea of a goal becomes irrelevant – the very process proves to be ‘a bodily need’ to create an order within spontaneous and volatile mess of feelings.

About the author: Liudmila Kirsanova is an independent curator and writer, whose research is focused on autofictions, storytelling, and politics of belonging. In 2019 she became the finalist of the curatorial award Bonniers Konsthall, Stockholm. Curating international and domestic projects, Kirsanova has been advocating and promoting female artists, in particular those from non-Western cultures. 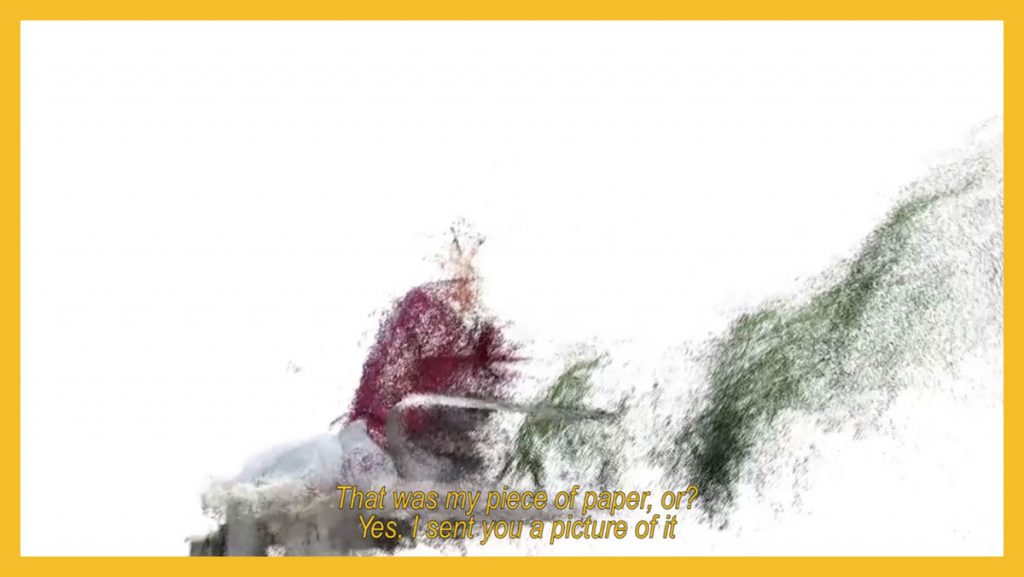 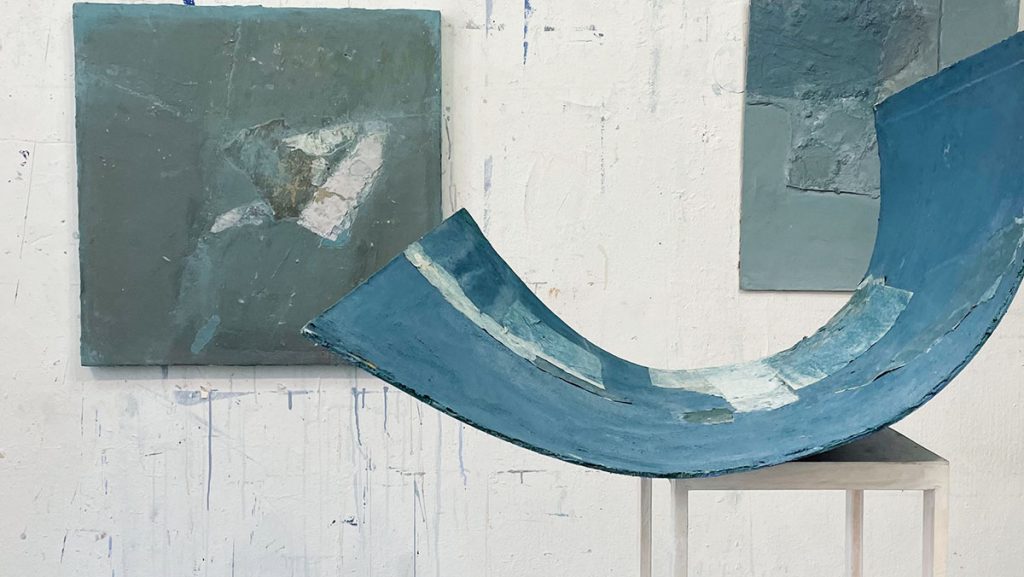 The art unit – The art you need