Dive into the ZEITGEIST

Dive into the Zeitgeist is the first large exhibition of 2021 for art in search of answers; this is the theme of the new economART project by AMY D Arte Spazio, which reopens its doors after a latency of over three months. The gallery qualifies as a cultural laboratory, a place of stimulation for knowledge, reflection, and experimentation on art.
Press: AMY d Arte Spazio
6. April 2021
Share
Share on Facebook Share on Twitter Pinterest Email

The exhibition project is designed and developed specifically to relate the works of Alessio Barchitta with those of Jingge Dong starting from the differences as an added value of his own artistic figure. An exhibition that we want in presence because the emotional value in contact with the work cannot be replaced with the web as a supermarket of art. The work of these artists testifies how isolation, sometimes even prolonged, is also a precious creative opportunity, starting from the sobriety of the contents and the ability to invest in design even outside the perimeters of the galleries.

It is the birth of a new paradigm, against the incongruity between price and value, which fits into the broader macroeconomic paradigm with the new poverty and with the modification of the economic and social parameters that the Covid 19 pandemic has only accelerated and revealed because, in fact, already in place. Hans Haacke states: „Works of art, whether artists like it or not, are always ideological manifestations“. Reflection on the „sociological“ drift of contemporary creativity, ferocious self-criticism on the role of art and on the system that conditions its function and dreams, distorting it in fact, with the result of producing homogenized works, uniform in taste and stereotyped.

The words of Daesung Lee, a South Korean artist based in Paris, elected as interlocutor, give a good idea of the concept of the new exhibition project of the Milanese research gallery. “Dear Anna, I am slowly recovering from long – Covid. It still remains in my body. One day I feel better and the next day I don’t feel well. I agree with you on questioning the role or function of art right now. I have already had doubts about the role and function of art. As I said in an interview, this political art is even used to cover reality regardless of the artist’s intention and his or her work. For example, Banksy is one of the most political artists with his message. But do we really think that this message and his work enter our daily life? Why do we still have the same problem and why is it more of a problem than before? The point is how we consume art in society. We consume it to cover up the problematic reality (it is as if I participate in an Action for climate change and believe that something has changed, even if I keep my lifestyle unchanged). Probably, seeing and talking about Banksy’s work makes you believe that some changes in society are taking place. As you said with Zeitgeist… We could not anymore survive without changing the current paradigm. This depressing situation is the consequence of ignorance of the old and simple wisdom „ the tower of Babel “ Now, we start looking for a new colonial planet out of the earth and people love a new technology that we create that can solve all the problems in the future. In the absence of real change, we will destroy other planets, as we are doing with the earth. This is a question of paradigm (as you said „zeitgeist“) not of technology. Wherever we go, we will destroy everything. Eventually, we will destroy ourselves. Honestly, I am very skeptical about our future, because this Corona pandemic – like Pandora’s box – has triggered all the problems (economy and migrant issues) that have exploded in Europe. Unfortunately, it resembles the situation that arose before the Second World War. Maybe it has already started since Brexit. We know this situation is depressing and frustrating, but we also know that our life goes on. Take care of you „[….]

About. Alessio Barchitta (Barcellona Pozzo di Gotto IT 1991). 2010 – 2014 Academy of Fine Arts of Brera, first-level academic diploma in Painting. 2015 – 2017 Academy of Fine Arts of Brera, second-level academic diploma in Visual Arts specialization in Painting. His research pays particular attention to sculpture but does not exclude any media. Winner of various awards including “Nocivelli XI ediz, (Bs) 2019, his works are present in public and private collections. He is currently engaged for the „San Fedele Award“ and only one show at Spazio Serra (MI). [….] The artist’s research always aims at revealing the true nature of things through retaliation, through aesthetically recognizable artifacts, pleasing to the senses, through immersive environments, of which one comes out with a void, with a question. Silvia Maiuri I like to reconsider the past, I am fascinated by the fragment, the impossibility of deciphering it Fully, the codes and from the real reconstruct hypotheses. Here then is my passion for dedicating entire afternoons in the streams near the house, real landfills, and open sky that in their misfortune they electrify a lot and never let me return empty-handed. Looking back at the booty they surface many current issues, as Duchamp would understand: these fragments have already been imbued with vitriol, losing all aesthetics; they are hypothesized bodies, not absolute, the possible is not refuted. The property of the fragments is that they are mostly „immobile“, they are fixed points, they delude the history, disappear for shorter or longer periods to reappear after losing everything. There they speak of a time that is not what the history manuals speak of, it is a pure time, yes it takes away from our world of images and infinite simulacra. They are refugees in a context that is not theirs it belongs more, but they bring with them stories from other places, they speak unknown languages, they are bridges. [….]Alessio Barchitta

About. Jingge Dong is present in public and private collections have received significant awards from institutions in China. He is currently in residence at the Bevilacqua La Masa Foundation in Venice. [… ..] Dong’s artistic practice is based on the development of series of works, hitherto open, in which the same visual sources are frequently used, such as, for example, stills taken from films, cuttings of ancient works, photos taken from the internet or created by the author himself (most of which are processed until they are no longer recognizable). The series is a complex mode of expression because it allows the artist to tackle a topic without exhausting it, by intimately exploring its limits. [….] But the series is also the instrument of order and reiteration, of cyclically presenting the same condition, albeit with some minimal differences. Psychoanalytically it implies a persistent drive and the need to investigate, visually and intellectually, until the stimulus is intriguing and exciting. Until, on the bank of the river, a new beautiful and seductive goddess will appear in the eyes of the artist. Enchanting him. […] Daniele Capra […] In recent years in Italy I have changed some fundamentals in my way of thinking and painting style. This experience created a „confrontation“ as a great contrast, and it is precisely this „confrontation“ that has also influenced my way of thinking and creating: concrete and abstract, East and West, passive and active, objective and subjective… I think this change is very important, just like the color red when it is next to the green.[…..] Jingge Dong 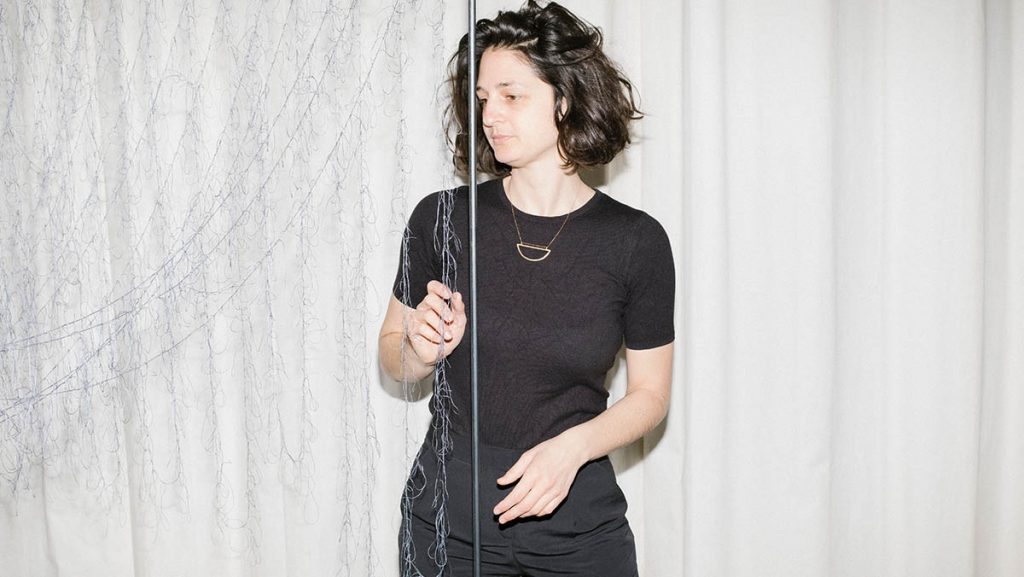 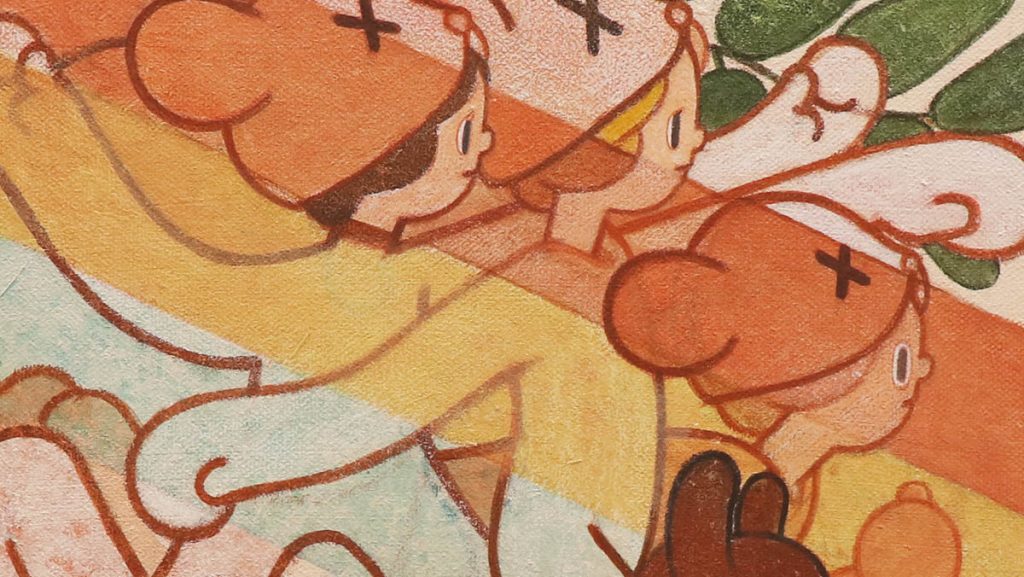