Integrating my mother's intricate handwritten notes, which she jots down in a Cy Twombly-esque fashion while attending to her patients (she's a psychologist), was a nice opportunity to collaborate with her and be closer to her, despite the fact that we reside on opposite continents (Excerpt from Interview, April 2022)
INTERVIEW: ERKA SHALARI – PHOTOS: COURTESY OF ARTIST
2. Mai 2022
Share
Share on Facebook Share on Twitter Pinterest Email

You have made many stations in life – from Cuba to Miami, then to NYC, London, Berlin. How does it feel to move all the time and what do you appreciate from various stations?
Moving about my whole life has given me a nonlinear perspective on the world and a knowledge of behavioral differences and multiplicities. I’m grateful and honored to have witnessed and experienced how diversity contributes to growth and evolution. Also, having experienced several modes of commuting, which is maybe the most advantageous aspect of having many stations. For me, the way we travel and move around the city is quite essential, and each vehicle has its own quirks that are unique to each location. Each urban scenario gives me a great deal of pleasure. It’s interesting that you asked what I like about different stations, and the first thing that sprang to me was that each station, literally every public station, each Central Station in every city, is special and almost sacred to me.

What role does the studio plays for an artist? And for you?
The studio is motion and adventure. The studio is also a place where I can become more myself, where I can reflect both labyrinths, the one inside me and the one that surrounds me. In the studio, those two collide.

Looking at your works, I was wondering why you made the decision to break away from the regular shape of a canvas?
You asked why I deviated from the regular shape of the canvas, it was a kind of organic sideswipe for me as well to demand that the canvas or the picture on the canvas ripple outside of the traditional axis of formats, in other words, I wanted to put a painting in a kind of parentheses, to inflate the traditional format perhaps. Nonetheless, it had its limitations and was quickly made redundant, so I’m back to painting inside „the box“, surprisingly more traditional than ever. But pushing the surface and topographic feel of the picture plane.

How is a painting developed in your case? Are there existing diaries about the works?
I keep journals and archive my work in a variety of methods, including sketches and notes that I keep in the studio and, of course, photographs that I shoot on my phone on a regular basis. But, more importantly, the journals are never close at hand. The most important things are happening in ways that are difficult for me to write down. I’m constantly looking for a journal in the sense that my own diary is always in the process of becoming. I’m constantly trying to comprehend and jot down the process of being in the studio and thinking about things that I’m not sure can be transmitted. Maybe it comes across when looking at my paintings, maybe not, but there’s a palimpsest and a re-reading, and under painted brushstrokes which evoke note-taking. There’s a talismanic nature to them too. There’s a gesture that’s harkening script form, also engraving, and histories that are autobiographical, but it’s constantly in the process of becoming.

Artist statement, how long does it take to attain this pure clarity of thought, possibly also exposing the unconscious, being aware of what is all about in our art? What is an artist statement for you?
An artist statement for me is temporal or something like the seasons which are altered by our own personal mood. Constantly changing but still familiar. One always tends to revisit earlier ideas but with a new understanding therefore it’s a sort of circular process. So that we can cultivate our artistic potential and grow from the fruits of the seeds we planted, the ground for artistic creation and consciousness should be meticulously excavated and raked. I feel that the time required to arrive or unlock a clear grasp of what we desire as artists comes in the shape of interest and how present and real those creative interests are. I don’t believe you need to know exactly what you’re looking for; all you need to know is that you’re looking for something. The greater your curiosity and the greater your interest, the more you will reveal, in that sense, it’s not about time for me.

An artist statement for me is temporal or something like the seasons which are altered by our own personal mood. Constantly changing but still familiar.

We were chatting the evening we met for a little while about a fascination of yours, if I might call it like this, of rooftops. I have the feeling that there are still things that you did not say that night.
My obsession with rooftops began in Havana in 1992, when there were constant power shortages. My family and I hung out on the roof at night, admiring the sky and telling stories. During the day, I played on roofs and even leaped from building to building, which was quite risky. I don’t believe I’d do it again, but the spirit of defiance never left me. To see things from a birds-eye view is highly enlightening. Scales are reversed, shapes and forms are disclosed, and new knowledge of how people transit across neighborhood blocks and backyards is revealed.

You have a collaboration with your mother, which made me very curious and therefore I wanted to ask you about which texts you were using together? What happens in this work?
I’ve always been fascinated by script and palimpsests because I enjoy seeing history and time represented visually. Integrating my mother’s intricate handwritten notes, which she jots down in a Cy Twombly-esque fashion while attending to her patients (she’s a psychologist), was a nice opportunity to collaborate with her and be closer to her, despite the fact that we reside on opposite continents.

And how do you find Berlin? Is Berlin sometimes a fairytale?
Berlin for me is indeed a fantasy realm, but where I live, I don’t know if you remember from our talk, I referred to my neighborhood, at the entrance to Tempelhofer Feld, as Disney-kiez, it’s absolutely a fairytale type place, and I’m not sure that it’s in the positive sense. Berlin is teeming with wanderers and folks who seem to be drifting aimlessly throughout the city. However, the flaneur may still be seen in Berlin, which I find quite fascinating. The city as a whole is a little run-down, yet it’s also romantic.

What are your upcoming plans and exhibitions?
Please wish me luck for my artist visa extension meeting at the immigration department tomorrow morning 🙂 Aside from that, I’m prepping for a group show at Galerie Burster, which will debut on March 11th. In addition, later this year, I’m arranging an exhibition with The Fairest.

Victor Payares uses layers of various paint languages that combine the haptic physicality of mark making together with archeology, sand, and palimpsest for his artistic practice. Architecture, meteorology, and spatial analysis are reappearing references in his work in which he often materializes recollections of his childhood in Cuba into new arrangements and convictions. Victor studied at the Art Institute, Miami International University of Art & Design, at the Royal College of Art, London, and is a current participant of the Berlin Program for Artists (BPA).

Erka Shalari (*1988, Tirana) is a Vienna-based art author. She focuses on discovering unique artistic positions, unconventional exhibition spaces, and galleries that have deliberately broken new ground in their working methods. She relies on unorthodox publishing practices, coupling these with a nonchalant manner of writing. Her work oscillates between articles for magazines, exhibition texts and press releases. Erka studied Occupational Psychology at the State University, Tirana and later Culture Management at the Institute for Culture Management, MDW, Vienna. 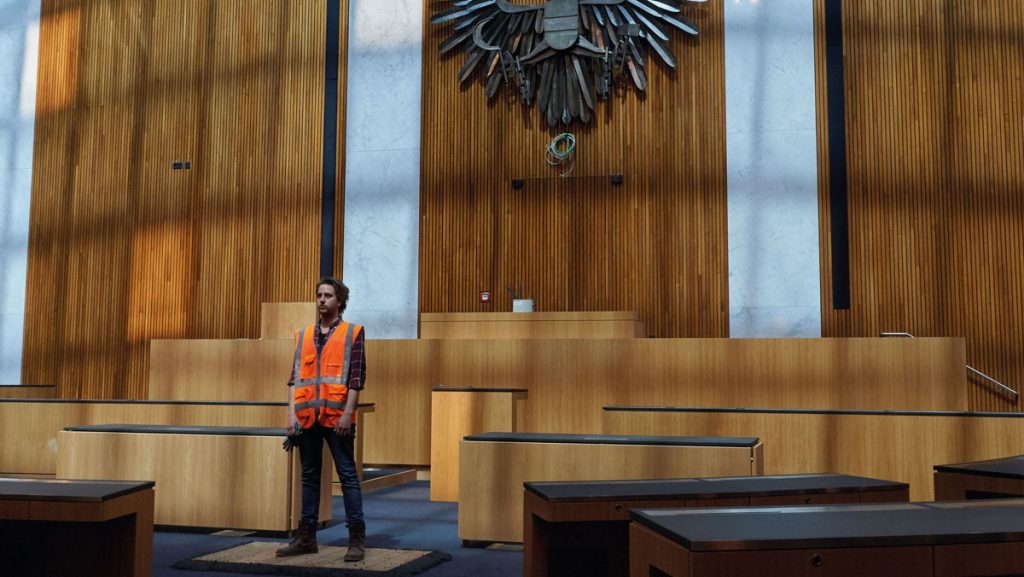 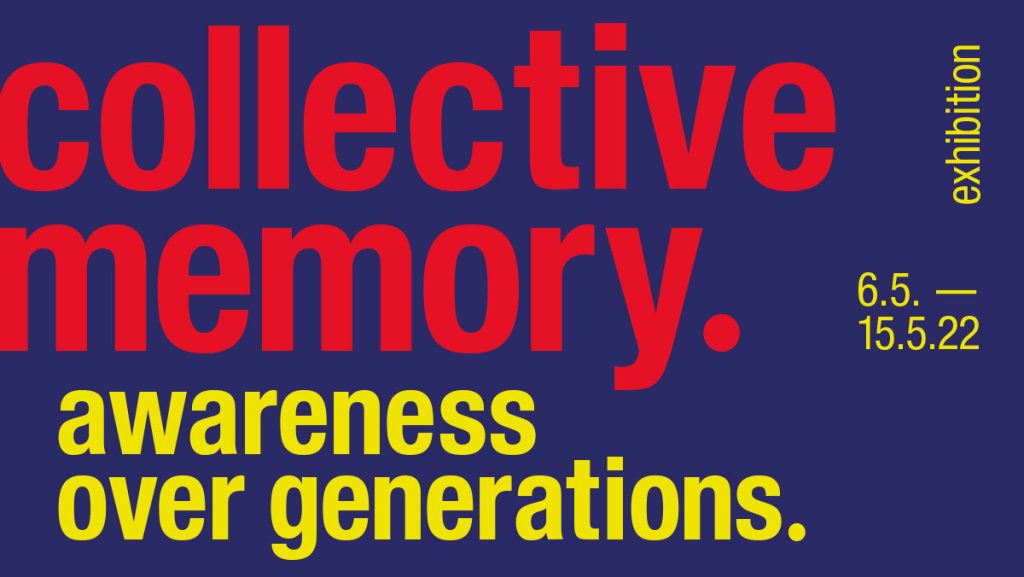