The stylistic and content choice of Giacomo Modolo’s research highlights the discourse of Form, in particular through the representation of felines, the undisputed protagonists of the new works, both from a symbolic point of view and for their satisfying anatomy for the artist. The paintings therefore evolve starting from the Form, with a strong decorative base that derives from Modolo’s academic training, alternating more fluid planes with other schematic ones, passing from the illustrative and narrative aspect to a research that recalls the manifesto. Sometimes more gestural painting is alternated with solutions and flat backgrounds, emphasizing the different phases between design and construction.

The animals, guardians of the composition, mingle with the abstract landscape, which often transforms itself into a flame (a purifying bonfire) or a flag (as a search for an identity that already persisted in previous works).

Between the flames and the psychedelic fumes the images burn and regenerate themselves in the continuous exchange of lines, aimed at giving shape to the weaving of a plot. Decoration and gesture create iconic imaginaries, almost graphic posters with fluid, theatrical and openly illustrative features.

And it is in this ritual that flags, ferocious animals and relationships are thrown into the fire, that is, everything that becomes a symbol of the artist’s daily certainties such as the sense of belonging to something or someone. “Blaze is not a pictorial cycle. Using musical terms, more friendly to me, this is not a complete album but rather a “demo” of a few songs: written in the middle of a career already underway and committed to tracing a page, albeit experimental, of change (aesthetic and spiritual).”

Giacomo Modolo (1988), after graduating at the Art School of Vicenza, obtained his bachelor degree in Graphic Arts at the Academy of Fine Arts in Venice on February 2011 and, at the same institution, a postgraduate degree in Decoration on February 2013. He took part in several group exhibitions in Italy and abroad, displaying paintings, drawings and graphics. During the academic year 2011/2012 he worked as a tutor at the laboratory of chalcography of Prof. Alberto Balletti at the Academy of Fine Arts in Venice. Now is working as a Professor of painting, research and experimentation at the Cignaroli Academy of Verona. Characterized by an apparent falsification and deconstruction of representation, the works of Giacomo Modolo actually depict subjects and objects which have a vivid spatial and figurative concreteness. The artist expresses himself in a synthesis of shapes and colors that gives life to human figures contextualized in environments without visible references, a result of the imagination and insight of the artist. This leads to a materialization of thought that manifests itself first with the design, through what he calls the “sign”. Following the painting, that gives shape and volume in a perfect balance, capable of representing the internal dynamism of the composition. The subjects are moving within the painting, in a conscious elaboration and representation of stories, experiences and memories that have been narrated and subsequently reinterpreted in the contemporary world. 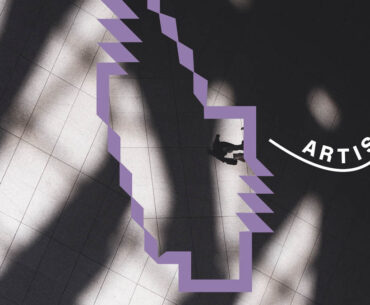 Artissima, the International Fair of Contemporary Art in Turin, is the only fair in Italy with an exclusive focus on contemporary art. The 29th edition will be led for the first time by Luigi Fassi. 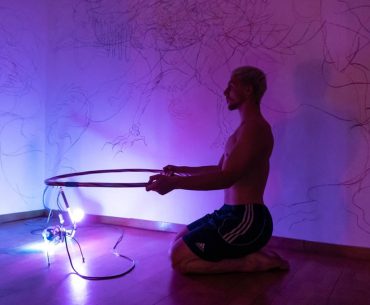 On the occasion of the Art Week the Osservatorio Futura presented „MOONBOW – Over The Rainbow“, a solo exhibition by Umberto Chiodi and a performance written with Matteo Levaggi. 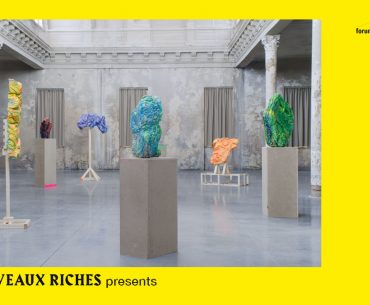 Les Nouveaux Riches presents for the edition of The Others 2021 the Italian artist Federico Vecchi. The sculptor and painter studied at the Academy of Fine Arts of Bologna in Italy.