NATA Wien is pleased to invite you to the Performative Exhibition Krisenzeiten (Times of Crisis). 5 international artists thematize the last two years, from pandemic and isolation to the further heights of war and inflation.
CURATED BY: NATA WIEN – PHOTOS: COURTESY OF ARTISTS & NATA WIEN
6. August 2022
Share
Share on Facebook Share on Twitter Pinterest Email

Isolated miniature human figures made of cardboard and tape (Habitat 1 – 8 by Stephan Hafner) are placed in completely closed cylindrical jars next to an underused swimming pool; a burger (maybe the last one sold in a McDonald subsidiary), sculpturally fixed in epoxy and accompanied with a melancholic soundtrack, brings the audience right into the actual Russian reality (Vkusno i tochka by Cornelius Wildner); a poplar trunk processed not only by the artist but also by a hungry beaver, to this a Dostoyevsky quote thematize the guilt we all carry with us (Acipenser ruthenus by Joachim Keller); a combined video and live performance (Home. ..still landing & „H.O.ME“ (Hate On Me) by Lava Gudjunova) makes the viewer reflect and maze with the frozen junctures, types of motions; followed by Elsa Martini, who delivers another contribution that is part of a larger (ongoing) cycle of interventions and documentations, entitled Contemporary Trash.

Stephan Hafner. Habitat 1 – 8
The term habitats is used to describe living spaces for animals and plants, as well as dwelling places for humans.

The objects have experiences of isolation during the pandemic as their theme.

However, they also symbolize our need for security and protection, which has been heightened by the multiple crises and threats of our time.

Cornelius Wildner. Vkusno i tochka (Schmeckt und Punkt)
In this work, the artist focuses on the withdrawal of an American fast food chain from the Russian market due to sanctions. With the help of a local artist collective, the audience can embark on a sonic journey to a newly opened Vkusno i tochka subsidiary in St. Petersburg. Wildner underlines the continuing longing for the American way of life, supported by the regime, woven in a melancholic soundtrack, combined with a burger, sculpturally captured in epoxy. A voice in this work annotates, „The name changes, the love remains.“ A fusion of documentary working methods, a work in which nothing is true, yet everything is.

Joachim Keller. Acipenser ruthenus
„Every one is really responsible to all men for all men and for everything.“- Fyodor Dostoyevsky. I have chosen, therefore the sterlet, or rather its skeleton, as a symbol for these connections. Man is at war also with nature, at an inflationary speed he destroys it, and nature is hitting back with Corona and suchlike. The sculpture is made out of wood from the trunk of a cottonwood tree, that the beaver had already started to work on, through out of hunger. A find from the Danube Bank.

Lava Gudjunova (Desislava Gujunova). HOME… still landing & „H.O.ME“ (Hate On Me)
„HOME ..still landing“, 2021, is a video reflection by Lava Gudjunova (Desislava Gujunova), shot largely independently with an action camera. The naturalistic imagery aims to reveal the harsh nature of reality. The editing is based on two sound samples by kosupure (Julian Forster). Something like a pictorial choreography. „H.O.ME“ (Hate On Me) is a performative installation for interactive reflection. Translated into the present, the body and its surroundings on the one hand, and one’s own perception on the other, can be modified in the open space. The focus falls on perception. Intuitive gestures create a short-term relationship – similar to so-called contact improvisation, where harmony is not sought, but rather stimulation. A kind of derailing of habits. Why „Hate,“ you might ask? Hate puts the principle of competition under a magnifying glass – I think love can only exist if there is no evaluation.

Elsa Martini. Contemporary Trash
… is a series of photographs and interventions of human trash, brought to a „sophisticated“ level. They have become „Cleaner“.
This series begins with photographs taken on the island of Santorini in 2021, when, in addition to the stress and difficulties of travel at that time, the stress of vaccinations, tests, complicated online applications, and the expectation of a well-chosen travel destination, was accompanied by the apparent normality of seeing masks forgotten, scattered around, or jokes made with them, as in the photograph of a masked sphinx in a private space, where I could only photograph through the fence. Masks contain plastic, and their disintegration in nature is as impossible as any other plastic. This is an issue that has been considered recently, but we still do not have a solution. The authorities continue to order us to wear masks even in the 36-37 degree temperature on Vienna’s non-AC public transportation, even though we are not convinced that this protection is effective, or if it is simply a reaction to fearful policies and crisis mismanagement.

And as for site-specific interventions, they are made in the semi-inhabited area along the Danube, in the so-called quiet area before the Danube enters the city of Vienna. Declared flood risk areas, these places serve as channels for the excess flows of the Danube to save the city of Vienna from flooding. Residents of these areas have to live with this.

The intervention with masks placed in the idyllic landscape is an emotional state left behind by the imaginary flood. The series is still in progress, documented with photos and videos of happenings-intervention, such as for the performative exhibition „Krisenezeiten“, and will be finalized with a video installation, as a finished work, projected at night, in the calm waters of the ponds created along the Danube. 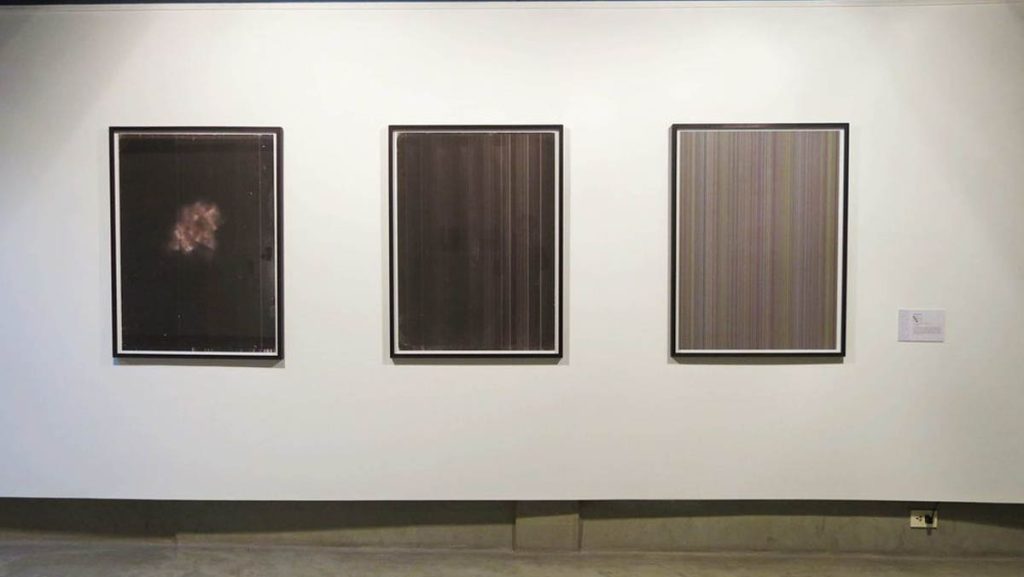 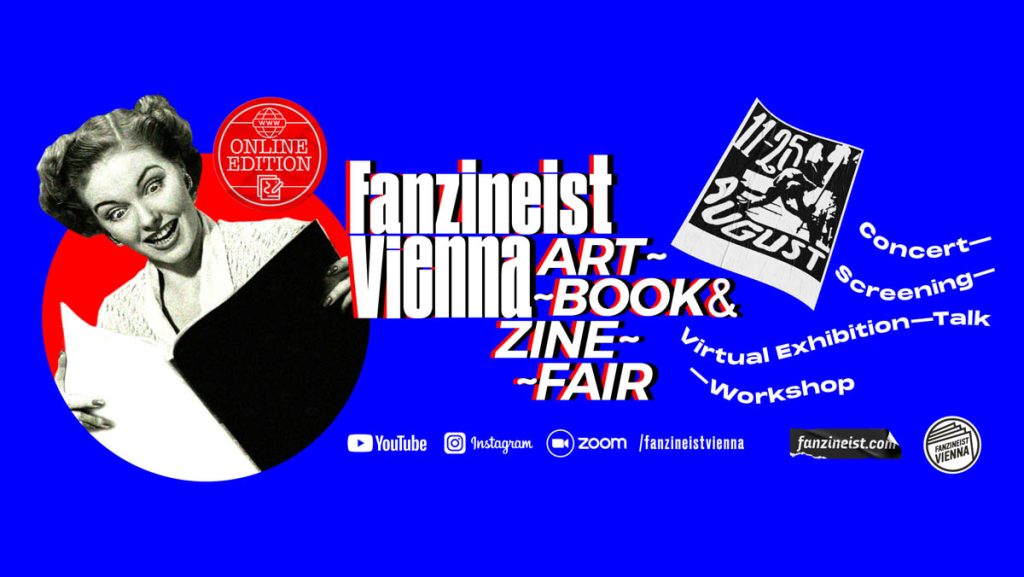