After the opening of the collective exhibition „63 Minutes of Untold Stories“ in collaboration with Harabel Contemporary Art Platform in Tirana, which included artists Johan Grimonprez, Anri Sala and Tomas Saraceno, among others; Fani Zguro presented in the second week of February the first episode of his personal exhibition „Cut-Up“ (happening worldwide across ten locations). An „atypical“ exhibition in which the artist continues to explore a range of artistic media (from photography, video-art, sound, to graffiti), while making the literary technique of collage (Burroughs & Gysin) the underlying structure of it.

In a telephone conversation, the artist commented that in this project he was concerned with the problem of space, endeavoring so to find new ways to show art in times of pandemics. Zguro says, „While in recent years we have traveled to 10 countries in less than two weeks, for the past three years I have been dreaming the whole time of pharmacy ads.“ The artist recalls that managing all sites in sync has not been easy. Moreover, all the Vernissages had to occur on the same day (the 10th of February). The exhibition itself is a kind of chaos, and all the people who trusted the project had the will to engage in this chaos entirely. In the end, chaos often generates new energies.

Until March 10, the public is invited to visit all the exhibition sites of „Cut-Up (Episode 1)“. If it is managing is another question… All of them have been mixed and reassembled. It is also interesting to observe what has been chosen for each site. A video interview about the 70s with Ugo La Pietra, who veers off into other arguments as well (Accademia Albertina Turin); two videos about controlling parents (Accademia di Brera Milan); a series of photos that have been violated by interpersonal conflicts (Closing Soon Athens); another series of photos, this time violated by the flash of the camera (Erratum Milan); a video in which archival materials are transmitted accompanied by the sound of death metal music (National Historical Museum of Tirana); a phrase in the wall (National Library of Albania Tirana); a pseudo movie trailer, style – Albanian noir from the 70s (Townsend NY); graffiti on billboards (Tegeler Weg Berlin); soundtrack played only in a real cab (Tirana Art Center); black and white photographs with winter thoughts as subtitles (Phroom Platform Milan).

Returning again to the fact that they are „cut“. Being cut does not necessarily mean that they are disjointed. Cut-Up (Episode 1) is a personal exhibition, an atypical collage which uses as it canvas various exhibition sites and cities.

The accompanying exhibition text explains one more time the artists drive for conceiving it this way: „If we use the “Cut-Up” technique, both the exhibition and the space will turn into a collage; we will spread them over several cities, leaving the context of the works intact, while having the same vernissage. We’d have only broken the space. To be present at all the openings one would have to travel from Tirana to Athens, Turin, Milan, Berlin, Townsend NY. Is this possible within a day? …I’m afraid William S. Burroughs and Brion Gysin have caused more harm than it seems.“

About the writer: Erka Shalari (*1988, Tirana) is a Vienna-based art author. She focuses on discovering independent young and emerging artists, unconventional exhibition spaces, and galleries that have deliberately broken new ground in their working methods. In this regard, she relies on unorthodox publishing practices, coupling these with a nonchalant manner of writing. The work oscillates between articles for magazines, exhibition texts and press releases. 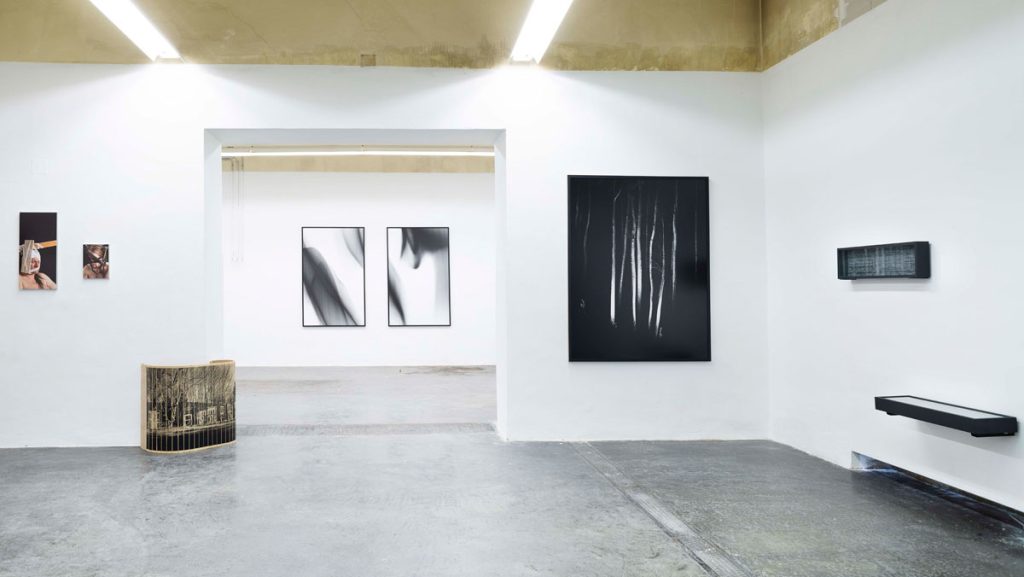 Ausstellung. Stones in a Glass House 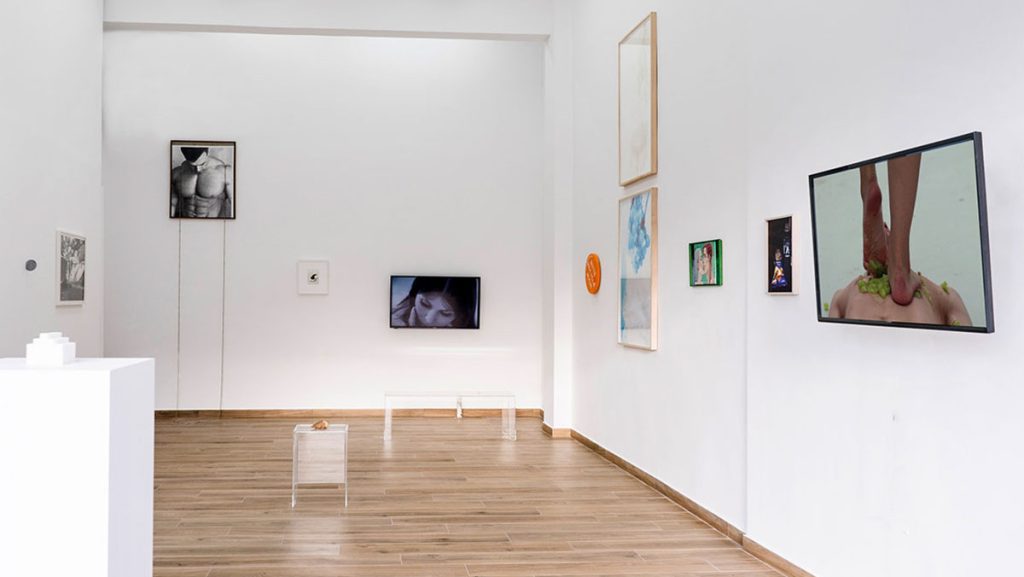