Art logistics are an excellent excuse to travel, giving some fun to our wild souls. During a studio relocation in 2019, Luigi expressed the wish for a travelling exhibition. Some months later, we got a van for Christmas (excerpt from the interview). So starts the journey. Get to know the history of Polka Puttana, a collective of wanderer Italians who exhibit art outdoor and who already know where they want to park the "truck" when in Vienna.
Interview: Erka Shalari PHOTOS: COURTESY OF POLKA PUTTANA
22. Juni 2021
Share
Share on Facebook Share on Twitter Pinterest Email

Polka Puttana stands for…
Presicce and Coluccia are from Salento, the southern end of Apulia, in the ‚heel‘ of the Italian ‚boot‘. There, street vendors from eastern Europe arrive every summer, creating temporary markets on the main roads between villages. Objects of all kinds fulfill the stalls, inviting people to the sales with low prices. Buying something there is a ritual. It’s a celebration for an object with a bohemian sound. ‚Porca puttana‘, instead, is a very common and inelegant Italian exclamation of disappointment. You can use it as ‚holy shit‘, but it has an inappropriate macho heritage. These not politically correct slangs mesh together, like in the name of a party. Polka Puttana stands for a folklore attitude in art.

Something about you…
Coluccia is a visual artist, mainly working with performance. He dies happy when a funny piece reveals something disturbing. Presicce is a visual artist and a culture animator, primarily working with painting, video and tableau vivant. He is over the moon when the sacredness of an image delights the pedestrians. Tosi is an independent curator, working as an exhibition- maker, and he is never pleased. Camellina loves fashion, communication, and polka puttana. She is relieved when the van is fine.

How came the idea to show art in such a way?
We like to be on the road together. From the first van we rented some years ago, every transportation became the preparation for the next one. Art logistics are an excellent excuse to travel, giving some fun to our wild souls. During a studio relocation in 2019, Luigi expressed the wish for a traveling exhibition. Some months later, we got a van for Christmas.

Can you reveal some informations about the van, features of it, size or whatever you would like to share?
We want to use this spot to ask the van company for sponsorship. They make solid machines, but you know, car services and gasoline are costly. The van is homologated for at least 100 artworks.

Are you going to travel just in Italy or on the entire world?
Driving a Soviet Ural Sidecar Motorcycle, French writer and traveller Sylvain Tesson recently ran through the Napoleon retreat path from Moscow to Paris. We are now looking for a captivating route, a huge budget, and some remarkable writing skills.

What means traveling for you?
Coluccia is a walker too. For the other of us, it means the most productive way to sit down.

How are the artists and artworks that you are taking with you selected?
We don’t. We invite artist and people we like giving an object for the polka. The pieces always like wandering around, be offered to various gods along the way.

With which kind of art mediums have you experimented so far?
Presenting painting is very satisfying, sneaking among trees and shining the sun. We have to be careful with sculptures; those are aggressive, always trying to change the scenario and demanding attention. We do like paper-based pieces, such as Cesare Pietroiusti’s or Schasa Ricci’s manifesto because they need a display person to be shown. We do have a video by Grazia Amelia Bellitta, and we play it on a smartphone. Right now, we miss a ‚mood for polka‘ audio piece.

The van could be really interesting for showing movies, for example. What is your opinion about that?
We love this idea: kidnapping the audience until the movie is over, releasing them 90 minutes from the original spot.

Can you share with us some memories from the various journeys of Polka?
During the first stage, in the parking lot, Giulia Poppi pissed the title on the wall like a real man. Edoardo Ciaralli wore every artwork a man can physically wear, and Davide D’Amelio carried some panini. When we reached the white field in the second stage, Presicce was sad because he couldn’t find a venison stew (he has never been the same), and we almost lost the spider by Mattia Pajè in the storm. We spent Valentine Day in front of the ‚Circo Massimo‘ in Rome, and Paolo Bufalini’s gauntlet drove a scooter for the first time. At localedue, in Bologna, the audience shared a mushroom meal, and Jimmy Milani was happy because we exhibited his painting from the right side. In Mondello, the sixth stage, we tried to play the Charleston (the name of the bathhouse) with a big stick by Milena Rossignoli. On the love boat, we launched paintings on the stern and bow. In France, we made some rituals among the olive trees thanks to Filippo Tappi.

How has been Polka Putana till now received?
The reception is excellent everywhere.

I was from the very first moment I met you in the online world absolutely fascinated by the painting with the Pfizer logo […] Can you tell a bit more about the artist and the this particular artwork?
Sure, it’s a piece by Andrea Renzini (Venice, 1963. Lives in Bologna). Renzini is a guardian angel in the bolognese artistic scene. During his career, he created some fantastic performative objects. We lovely remember a sniffing markers situation and a Folletto Volkwerk concert. Recently he uses some trademarks from corporations, giving new meaning to obsolete objects and wearings. The eye of the Pfizer on this frame makes the piece indestructible.

Is the pandemic shifting the settings that we will use for showing art in the future? What Polka thinks about this?
We believe showing and viewing won’t be a problem at all. Living art with the whole body instead will be the main experimentation field.

Are you considering traveling to Vienna with Polka Puttana?
We love the city and the art scene there. The van will be happy as a clam around the Prater Ferris wheel. Let’s make this happen. 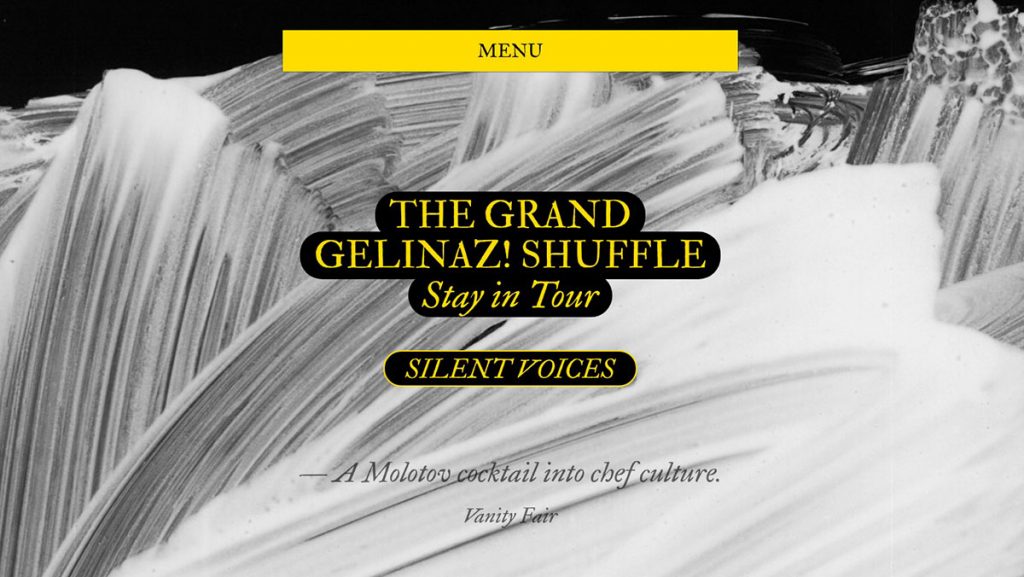 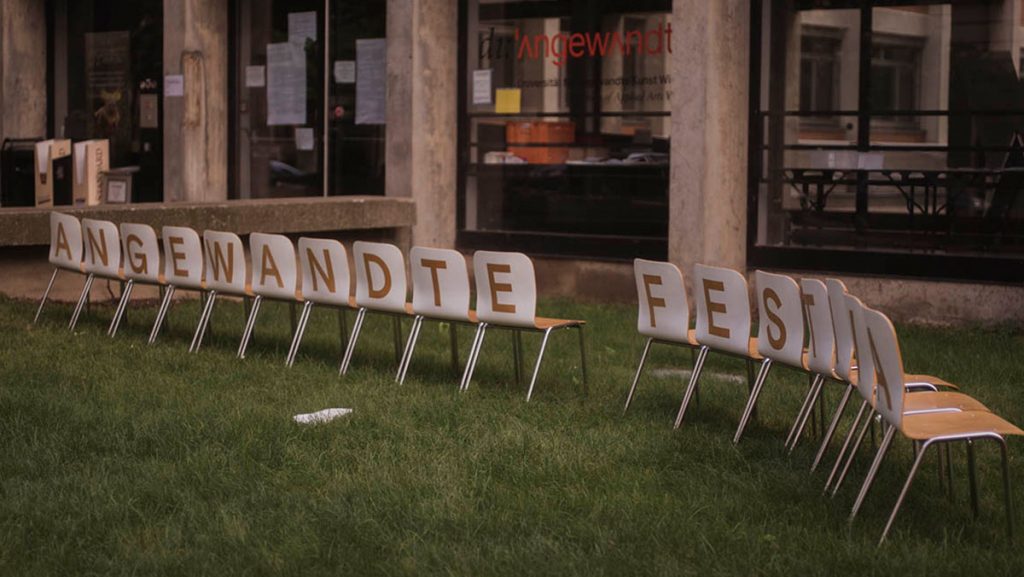