What characterizes a “heady day”? The word “heady” designates a strong feeling of excitement, even impulsiveness or intoxication. A change of mood that allows us to look forward, to let go, to engage with new situations, possibilities and perspectives – free from prejudices, concerns or doubts.
Text: Laura Stöckler - Photos: Andrew Phelps
8. Juni 2021
Share
Share on Facebook Share on Twitter Pinterest Email

The group exhibition Heady Days is the result of the cooperation between the association Les Nouveaux Riches for contemporary art and culture and the gallery Elektrohalle Rhomberg. Through nine multifaceted artistic positions, it invites visitors to leave behind and go beyond the boundaries and limitations of theirrespective realities and perceptions thereof. Some of the works shown have been created specifically for the exhibition, while others were chosen from the artists’ existing oeuvre. Owing to the diversity of artistic approaches, the exhibition comprises a great variety of media ranging from painting, sculpture, multimedia installations to miniature models and mosaics. What connects these very different works, is their shared questioning, disrupting, shifting and transgressing of boundaries. The exhibition space thus becomes a meeting point for social utopias and dystopias and socially critical works, while also housing more abstract positions investigating themes such as mediality or temporality.

Still others allow insights into the realm of subjective experiences of everyday situations and lifeworlds and draw attention to the way perception is defined and filtered by personal experiences. The juxtaposition of the selected works not only functions to intensify the broadening and expansion of what we take for real or normal but also reflects the complexity of a world that is always changing, always in motion. “Heady Days” and the selected works in all their thematic, technical and medial variety seek to question boundaries and norms by involving different senses and evoking different feelings. At the same time, the exhibition invites the public, the curator, the gallerist or fellow artist to recognize one’s own perception as entirely subjective and to immerse oneself into the experiences, possibilities and scenarios brought together in the exhibition space – rashly, impulsively, and free from fear or prejudice.

Abiona Esther Ojo is a visual artist. She works with photography to document moments and then experiments with textiles of all sorts to create sculptures. She finds creative ways to tell stories and makes them tangible on different levels. The surroundings are the source of her inspiration. Everything she is willing to open herself up to, holds the potential to be transformed by her. This process, this journey are the very core of her creative work.

Egor Lovki – Soft and hard. Strong and gentle. Egor Lovki (1997, Kazan, RUS) works with mosaic and oil colors because they act like complete opposites. The sharpness and bold strength of the stones stands in contrast with the fluidity of the oil and thus creates a conflict between materials. The same applies also for his practice of mixing fantasies and reality. Through combining real characters, unreal forms and humorous or absurd solutions, the artist has found an outlet which positively affects his artistic practice as well as his personal life. artist is able to positively affect his art as well as personal life.

Jari Genser (*1983, Salzburg, AT) paints rooms – sometimes inside, sometimes outside. He paints pictures of pictures – an endless string that makes his works timeless. First and foremost, however, he paints places where he is not currently present. In this way the paintings transform into places of longing. Whether these are depictions of homesickness or wanderlust remains unclear. But that is not the point since in the end, everything flows into each other anyways.

Linda Berger. In her large-format ink drawings which emerge intuitively from the process of drawing, Linda Berger (*1980 Aalen, DE) negotiates a thought process. She attempts to make visible the ever-changing nature of our interpretations of reality. Her detailed works bear witness of an artistic obsession and confront us with a visual condensation of the artistic life- and work time. Above all, the artist aims to trigger sensations with her abstract paintings as for her the experience of sensation corresponds most closely with reality. She studied Graphics and Printmaking at the University of Applied Arts, Vienna with Sigbert Schenk and Jan Svenungsson.

Federico Vecchi (*1980, Scandiano, ITA) experiments with the traditional techniques of drawing, painting and sculpture. Frequently, these interlock and interact in such a way that the boundaries between them start to dissipate. For instance, a rather painterly approach is noticeable in his sculptures, in which the alabaster is colored already when mixed. In this way Vecchi manages to give his sculptures a certain air of magic through color and luminosity. Just like in nature, one can find random, coincidental images in his work.

The Japanese artist Haruko Maeda (1983, Tokyo, JPN) combines the Shinto traditions of her home country with Western cultures in her art. In her large-format oil paintings, she creates new worlds that may seem a little confusing or overwhelming at first sight, but on closer inspection they reflect a vibrant social diversity. The aim is to raise universal questions about existence, life and death.

Paul Robas (1989, Baia Mare, ROU), takes a critical look at social, political and cultural aspects of society in his work. Characters that inhabit his paintings are at times depicted figuratively, at times in more abstract ways. But what connects all his works is that they all represent people of everyday life from different social and cultural backgrounds whose paths cross in urban spaces. Paul Robas observes such urban spaces, ‘melting pots and reproduces and ’ reflects them in his paintings. As such, his work functions as an attempt at understanding his surroundings. In the context of exhibitions the paintings then often acquire new social meanings which are generated in dialogues between viewers, artist and work.

Lena Kuzmich (1998, Vienna) is a video artist from Vienna and currently based in the Hague, Netherlands where she studies photography at The Royal Academy of Art. In her work she creates imaginative worlds and hybrid bodies to establish a new and redefined society in which the power hierarchies and dynamics of gender and sex are dissolved. It is an exploration beyond taboos and functions as an act of liberation from the preconceived and stigmatized notions of society about the human body, gender and sexuality. Her visually overloaded, childlike pop- and subculture inspired aesthetics act as a counterpart to the heavy, psychologically rooted themes with which she works.

Petra Schnakenberg (1994, Speyer, DE) studied stage and costume design at the Academy of Fine Arts Vienna and at the Mozarteum Salzburg. Through her work in theater she frequently travels to different cities. The impressions of these trips, the ways in which people live together and the hidden utopias also inspire her work outside of the theater. She uses the architectural model as an artistic medium to make these ideas, dreams and visions visible and tangible in her series “Small Utopias”.

About Les Nouveaux Riches. Since April 2019, the association for contemporary art and culture has been dedicated to offering young and emerging artists as well as already established artists, gallery owners and creatives a platform on which to present themselves to a wide audience. In addition to a cost-free magazine, articles about and interviews with national and international artists are continuously published online. Further, collaborations with other actors of the cultural scene are realised and events organized. 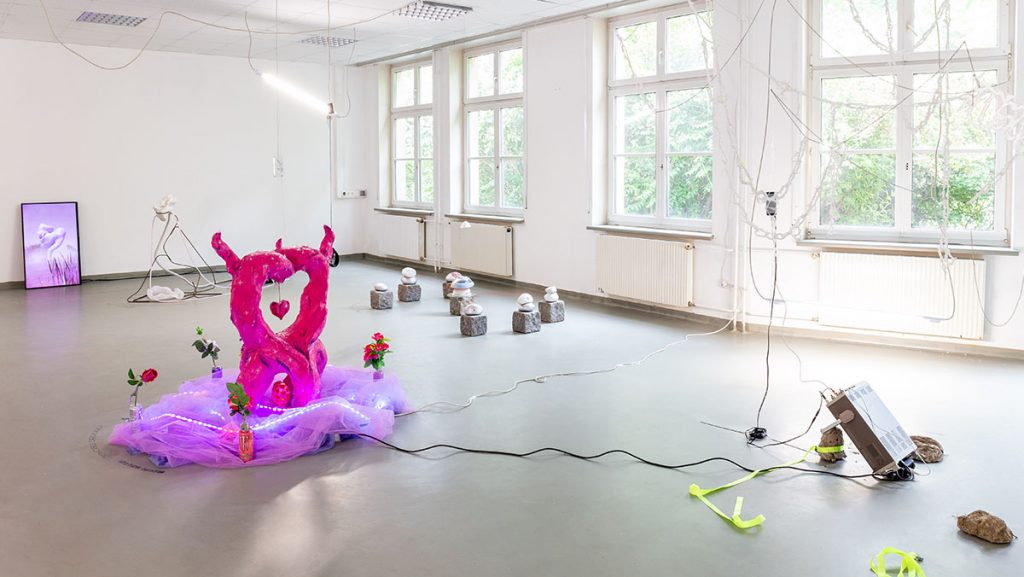 Somewhere between there and here 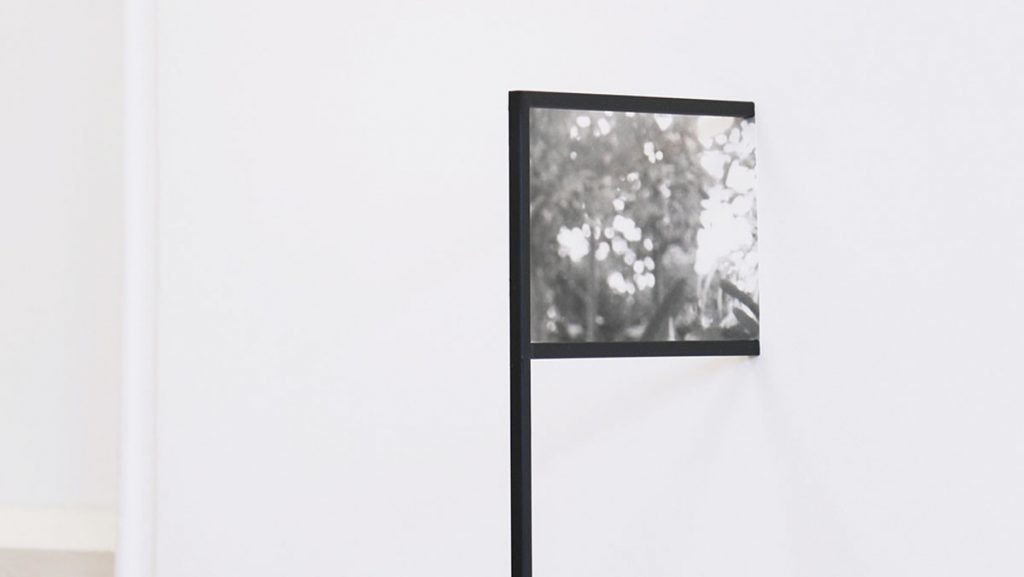