How to draw yourself as a fish.

How would you draw yourself as a fish? This is not a rhetorical question: artist and writer Sibylle Ciarloni re-thinks humanity in the context of climate change. Driven by humour, resignation and an article about the archaeology of a newly discovered roman statue, Ciarloni imagines a new being from a far distant memory.
Interview: Agent Fay Arnold - Photos: Courtesy of Sibylle Ciarloni
3. Mai 2021
Share
Share on Facebook Share on Twitter Pinterest Email

Agent Fay Arnold: You are a passionate artist and writer. What drives you to work? What was your inspiration to work on such a question?
Sibylle Ciarloni: I am, before all, a passionate listener and reader. I love the mixed up short messages on the last sides in the old newspaper formats. In there, one was able to find anything about grotesque and odd appearances of human activities to leave traces, even if unconsciously. There once, I found a notice I still own. It’s about an archeologic site in Italy, about the finding of a male statue. The face was old, the body young. Some Romans allowed themselves to mix up their portrait with an idealized perfect body that wears their face. I understood, to look better, one can use vain „trucs“. I liked this roman(tic) idea. And while I was (and am) resigned by the way humanity acts by non-acting against climate change, I had the idea to create a way to escape in one’s mind.

Nothing is a secret anymore. Humankind’s DNA has been decrypted. Our ancestors were fish who developed lungs and feet to come ashore.
Yes. The rest is known, and it’s repeated to us since I was a child, and that’s boring and sad: Sea levels are rising, in part due to our lifestyle. Unconsciously or consciously, most of humankind is not reducing their environmental impacts, even with the knowledge of their ecological footprint.

Since we know all of this, my vision is that we are sliding into a backward evolution – returning to our original state as a fish. For this, one must practice drawing oneself as a fish.

Your short movie offers a transformational exercise to practice drawing yourself into your future. This is a heavy mind exercise!
I think everyone can do it, except those who don’t want to believe that there was/is this movement called evolution. I mean, it is not evident that humankind is always welcome on earth… Many – even artists – say that people don’t want to hear it anymore, the thing about our responsibilities. I say, well, let’s try to slide constructively then, let’s draw the possibility to be a fish into our DNA – further generations will maybe be thankful…

You wrote this manual several years ago. You produced this movie in 2019 and 2020. What was the motivation to do it?
I met Vienna based artist Rahel Kraft in a Residency in Nairs/Engiadina/ Switzerland. Rahel is a composer and sound artist.

We went skiing together, and we smoked cigarettes on the snow- covered balcony, talking about work and life-changing experiences… It was the time I lectured my short stories for a book publication, and I planned several readings in Switzerland and Germany. We started to plan a tour together.

Later we had the idea to produce this movie. And we did it. Rahel then composed all the sound work too. It was suddenly (and is still) an exceptional significant artistic relation and friendship.

Share with us some important thoughts of the movie.
Archaeology helped. I read about the finding of a male statue in an ancient roman city. The face was old, the body young. Some Romans allowed themselves to mix up their portrait with an idealized perfect body that wears their face. I loved the idea. But then I knew that the human form will be obsolete some day.

It’s great to know that „How to draw yourself as a fish „has been selected by important Film Festivals like BUFF in Byron Bay Australia and Big Sur Film Festival in California.
I am proud and happy to be part of these selections. It’s always a huge thing when one of your works is seen outside of your radius. I am curious about what will happen.

How to draw yourself as a fish. 8’13“ transformational exercise movie. Languages: German (Original), English, Italian (Subtitles) The movie is inspired by the written manual “Wie man sich selbst als Fisch zeichnet”, first published in dunque Themenpapier made in Basel/ Switzerland 2009-2015. Ciarloni published photo essay „Strandläufer, lungomare“ and short stories „Bernstein und Valencia“. Currently, she works on the audio piece „one night with the dog outside „. She lives on the Italian Adriatic coast near Ancona. 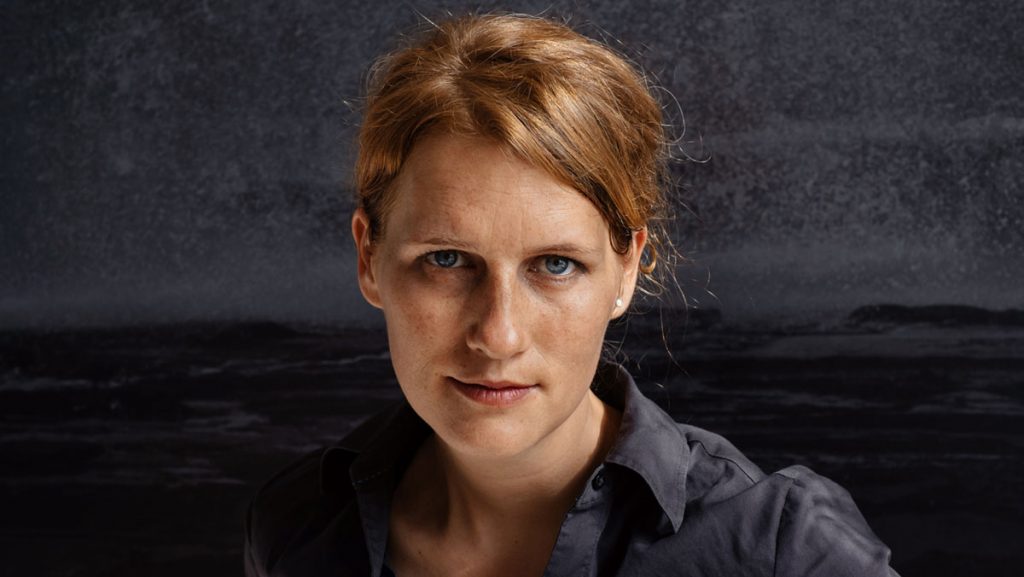 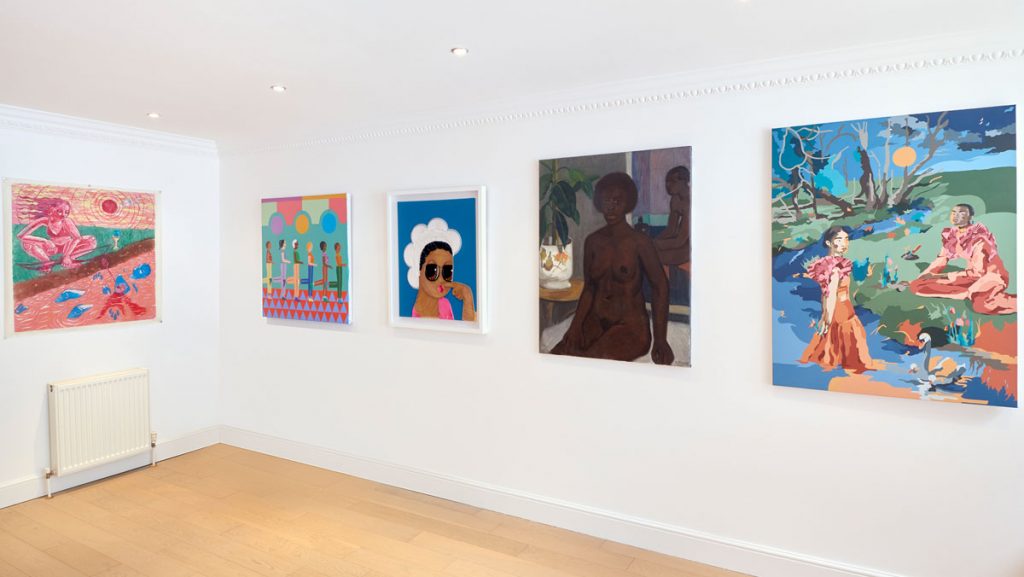 Exhibition. Get a Load of This!