Lauren Nickou is an American artist and writer who relocated to Austria in late 2019 from New York City. She lives in Vienna with her husband, young son and dog. Her recent work explores the range of how far she can push a single subject matter emotionally, stylistically and materially.
Interview & Photos: Daniel Lichterwaldt
10. Oktober 2022
Share
Share on Facebook Share on Twitter Pinterest Email

Her paintings and drawings have been shown in group shows internationally, and have been acquired by American museums. The first solo exhibition of her work in Europe opens this week at WasserWasser³ in Vienna.

What is your background?
I remember the first painting I got some satisfaction from. It was a cut out fish and I painted it with stripes in red, green, yellow and black very neatly. I was about three or four. I thought, oh, this feels right. I liked the watercolors, the cup, the brush, the little solitary setup. Some sensation of freedom and control and focus. Later I became passionate about horseback riding, maybe because it granted me a similar sensation.

In my work, I want to feel free, but too much freedom isn’t a good thing. I have to rein it in, find control, and I think to do this, I have to be focused. Without focus, there is no control, and the horse runs away from me.

My family of origin is an artistic family, for better or worse. Doing anything creative was always encouraged and my brother Maxi, who is a musician based in Los Angeles, and I got a lot of positive attention for this on all sides. So I think feeling this kind of support made it seem easy to make the choice to pursue a creative career. The reality of making it all work in the world is something completely different.

What topic are you focusing most on in your artwork?
For the past two years I have been focused almost exclusively on drawings and paintings of sunflowers.

What does a sunflower mean to you?
I can relate to this idea of turning my face towards the sun. My mother is a Leo, so is my son. I grew up at the beach with my mother each summer worshiping the sun. She, and her mother, taught me about this. Sunflowers are sun worshippers. It seems like a strong position to take, reaching towards the light.

What inspired you to create these artworks?
The decision to start drawing sunflowers came coincidentally. It was August 2020 and I had lost my grandmother who was a painter and who I was very close to the month before. My husband had bought me this bouquet of sunflowers, and a day or two later, I got Covid and had to quarantine for ten days. It was insanely isolating, especially while grieving, but somehow forced me to sit with my emotions. I had a fever and was extremely hot and cold, but once I started to feel more stable, I began drawing that bouquet of sunflowers every day, sitting in the sun at my desk.

It’d been a long time since I had drawn from life, and it felt healing and meaningful being able to connect to something outside of myself, something alive and vibrant and from nature. And slowly, as the flowers faded, drooped and dried up, I became healthier and stronger, like I absorbed their life energy, and they absorbed my sickness. The process of making these drawings each day carried me to the other side of the quarantine.

Afterwards I realized that the drawings had something special, a certain flexibility of thinking and materiality, this magical combination of freedom, control and focus. I later began transforming them into oil paintings.

What feelings or reactions do you hope to arouse in people who view your work?
Well my larger, probably very idealistic hope as an artist is to transform painful emotions into a visual language that brings joy and vitality into the world. Whether or not this is the understood result of someone seeing my work isn’t really up to me, but if someone has any feeling or reaction in response to seeing my work, I would be very grateful.

What is art for you?
It’s like a hybrid between a very real place and a completely made up place.

How would you describe yourself?
Hmm, it’s a challenging question. I’d say I’m a delicate person, but I’m also very strong. Most days I’m riding a wave somewhere in the middle, hopefully. I’ve found out that for me being too far left or right on that spectrum isn’t a good thing. In my free time I want to be working in my studio, but because I have a one-year-old, there isn’t a lot of time leftover for leisure these days. So I’m trying to find ways to sneak that in. I have two essential oil diffusers. I try to take baths, go running, lay in the sun. People tell me I am so calm, but I don’t often feel calm unless I’ve done something to work for it.

Soon your exhibition will be at WasserWasser³. What will you show there? Can you tell us more about it yet?
Yes, this is very exciting because it’s the first time that I’ll show my work in a solo setting in Europe. I’m grateful to be working with Tobias Klingler at WasserWasser³. We are planning to show a selection of the sunflower drawings and paintings from the last two years.

This body of work shows my interest in exploring the range of how far I could push my subject matter and materials. Many of the drawings are discernibly different from one another stylistically, some very abstracted and more symbolic, and some very graphic and academic almost. Several of these were carried forward into larger oil paintings. We will set up the show with the goal of creating a dialogue between these works.

Also, my dear friend A.W. Strouse, an American writer based in Mexico City, has written a text about the show. And my husband Behnam Arefnia, who goes by Banamana when he DJs, will play some vinyl tracks at the opening.

If people do not know WasserWasser³, can you tell us about the space?
Tobias is running a very ambitious program there which is focused on contemporary painting. He named the space WasserWasser³ after his ontological fascination with the free movement of water, and all its different forms. I think it’s also a nice coincidence that the building’s entrance is covered with very retro-feeling blue and green tiles, which remind me of the YWCA pool where I took swimming lessons as a kid. So there is a bit of nostalgia for me when I walk in.

WasserWasser³ is also a place where your drink will be served in a real glass, no paper cups. Tobias even uses some very fancy designer Japanese ice cubes called “Hoshizaki.”

What do you wish for the future?
My grandmother Sunni was a painter, an artist on many levels. She raised five children, and continued painting all along. She mainly did portraits, often of her own children, and flowers. At one point, when there was no space for a studio, she made paintings on top of the washing machine. And until her 90s, she was still painting. Her final picture is a large abstract with lots of orange and a strange transparent black cube. In her last days, when she was physically too weak to work in her studio, and I would ask her what she had been doing lately, she would say she’d been painting. I really admire this energy and commitment to painting, and wish to possess a similar stamina. 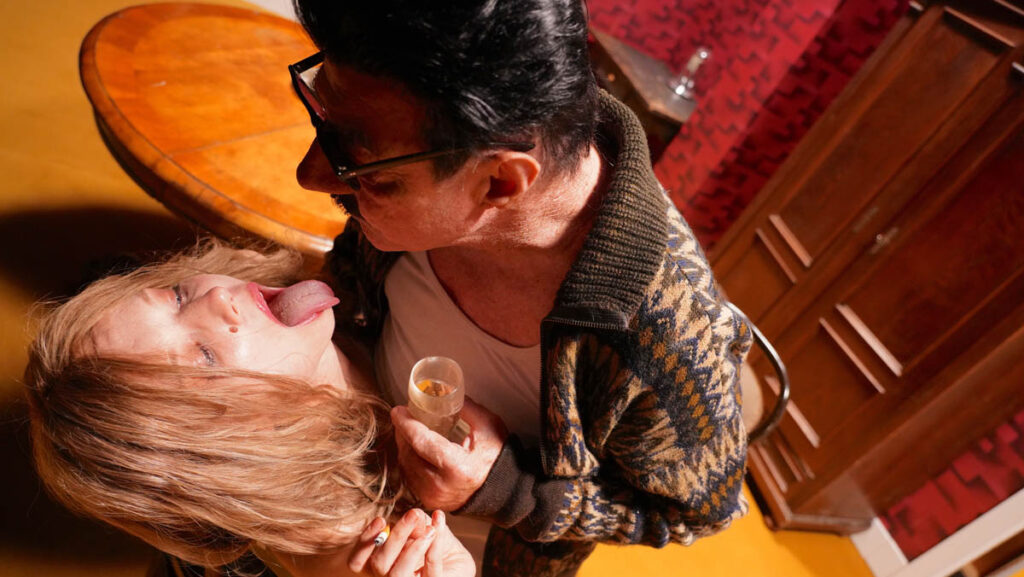 Let Freud decide what to think 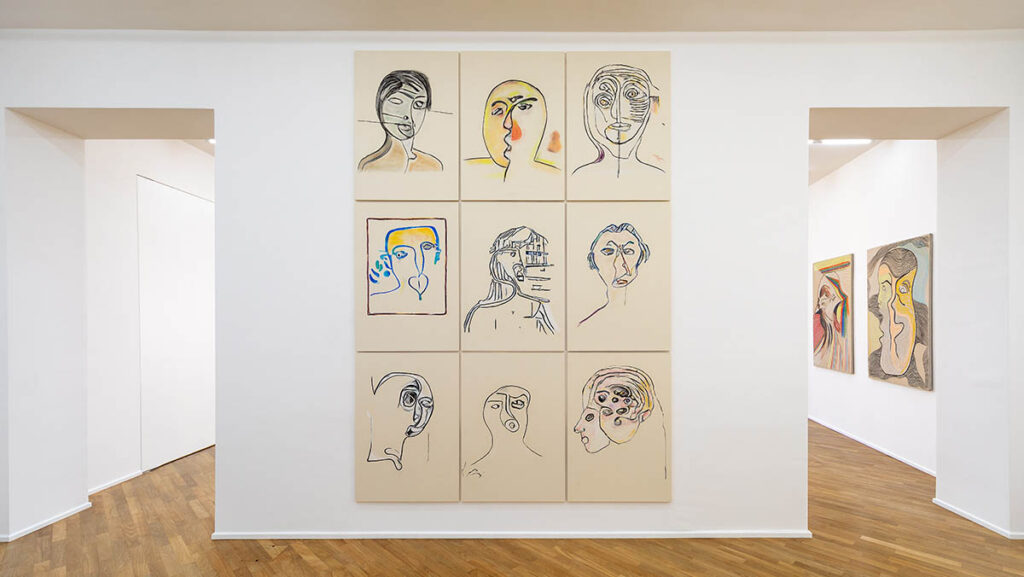 Exhibition. Artists of the world, unite!