The title of the exhibition – When Gesture Becomes Event – refers to Judith Butler’s same-titled essay. However syntactically, it also evokes another title – When Attitudes Become Form – of the watershed project curated by Harold Szeemann in 1969. Whether implicitly or explicitly, it draws both references and so makes us keep them in mind while exploring the show.
REVIEW: LIUDMILA KIRSANOVA
29. März 2021
Share
Share on Facebook Share on Twitter Pinterest Email

Judith Butler’s text When Gesture Becomes Event addresses the difference between performance and performativity, as well as between action and gesture. Its last chapter, built upon the analysis of Benjamin’s studies, elaborates on the notion of gesture as unsupported action. Butler points out its irregular nature – “gesture is meant to be extracted from the temporal flow of ordinary action, presented in relative isolation from what precedes and follows”. She hence specifies the potential of gesture for interrupting the norms.

Szeemann’s exhibition When Attitudes Become Form manifested new relationship between artists and institution, artists and curator – the idea of process-based exhibition emerged back then, with the very act of art making and polarising the space of art at the core. Now, more then 50 years later, we are challenged to reconsider these relationships again and raise new questions. What does it mean to produce art in the situation of ecological crisis and contemporary slavery? What does it mean to curate a show while be aware and experience racism, sexism? What role does an institution play? Perhaps the title When Gesture Becomes Event seeks to highlight that these issues demand not so much new forms as events. And event, as I assume, here is understood in Alain Badiou’s sense, as a rupture in normality which provides new point of view, shifts the established meanings and triggers transformations of social reality.

Bringing these two insights together, we can decipher the exhibition message as a position of radical breaking with the status quo and developing scenarios for social changes.

The group show When Gesture Becomes Event is happening within the Austrian-Slovenian Year of the Neighbourhood Dialogue 2019/20, and it is focused on emancipatory power of art in pursuit of ‘groundless solidarity’. Practice of art, spaces of art, discourse of art – all are considered to be potential platforms and instruments for the endeavour of new solidarity, of inclusive and diverse context embracing and appreciating each individual. The curators, Alenka Gregorič and Felicitas Thun-Hohenstein, emphasise here on vulnerability as a possible way for understanding and performing acts of solidarity – ‘we are all vulnerable’ – they cite Heinz Bude. Thus, it comes to an ultimately large scale of relationship, beyond any kinship or affiliation, based on mutual sensation of exposure to the reality – somatically, psychically, ecologically, politically. It does sound utopian. Yet, it is an issue of new modalities of belonging, because in the end it is the question about what can become a binding force for individuals facing ecological crisis, what can become a ground for new communities and of what kind they might be.

An ironic and clever idea gives Polona Lovšin in her project Pollinators Collective (2016). Her research on bees and other pollinators showed that their population is critically declining due to chemicals-based agriculture and general pollution, and this situation might soon cause the necessity of manual pollination. The artwork provides the tools and scenes of collective pollinating in the future – people coming together for helping the nature to reproduce. Lovšin envisions a community built upon ecological emergency – it is a new form of gathering and collective acts, with individuals collaborating and performing not for interests of certain groups, but rather for survival of human being. There people, wearing burlesque-like garments and holding fluffy devices, walk through the fields and spread pollen. A gesture of imagining the future that simultaneously disturbs and spellbinds. An oracle vision or a joke? Both, it is vibrating in-between.

The idea of supportive structures, one can find in Maruša Sagadin’s installation Schlechte Laune ohne Kiosk und Küche (2020). Benches Lara, Luisa and Juliana organize the space for potential actions. The artwork seems too fragile and small for socializing or even a comfort seat – is it a memory of communality? or maybe nostalgia for getting together? Made from heavy materials, the objects still look unsafe and rather arrange a proscenium for a mise-en-scène of togetherness, then manifest functionality. A phantasm of gathering is performative, it shows the failure of social infrastructure for collective act, it makes us think of the crucial role of supportive environment in social embodiment.

Katharina Cibulka with her artwork SOLANGE engages the already existing structures in public realm to deliver a message – it is embroidered on a scaffolding protection net and reads: ‘As long as the hope we spread is stronger than the fear we face, I will be a feminist’. The dynamics derives from the conflict between the needlework and the construction site – delicate and sophisticated handcraft of embroidery is applied for communicating the political statement on the façade of the building, in a huge-scale. It appears like a quote from a manifesto, one might feel as if it were extracted. Coming again here back to Butler’s essay, we find that gesture and citation are interrelated—detached from the context, they emerge bright and strong.

The text montaged into reality becomes not only visible, but it also becomes quotable.

Nevertheless, I haven’t touched upon events so far. There is Badiou’s understanding which I suggested at the very beginning. However, if we consult Butler’s text, we see that event can be also considered independent form an outcome (in particular historical events). Referring to Benjamin’s writing on epic theatre, Butler speaks about collective experience of events as a process of collective thinking – isolated from protagonists and consequences. Events can re-emerge here and at the very moment through the means of performance, and spectators are encouraged to participate, to interpretate. The Golden Pixel Cooperative organized this kind of event within the project Half of the sky (2020). Inspired with the kite festivals hosted by the Bauhaus in 1920s, members of the cooperative and invited guests designed the kites over the meetings and conversations around legacy of female Bauhaus artists. Each piece became an homage to a person, ‘to a queer feminist role model’. At the end gathered together, the participants walked through the city carrying the kites and, when reached the open field, flew them. The revisited historical event took a different embodiment, where the workshops on kite making were transformed into research and learning, and where the kite flying was converted into collective appreciation and celebration of women artists’ contribution. Associated with freedom, release, liberation, the kites epitomised the ongoing struggle for inclusion and diversity, while the whole process was focused on togetherness and reciprocity in order to perform solidarity not only with predecessors, but also with each other.

Overall, the exhibition When Gesture Becomes Event emphasizes the emergency need for events of solidarity. The curatorial message develops the idea of new potential initiatives for communality, which are more transparent and flexible, so they would provide new dynamics for solidarity and cooperation – one would be able to move among different communities fluidly and switch between various activities, around ecology, feminism, indigenous cultures, forgotten histories. Visual images of this mycelium of communities are represented in Marjetica Potrč’s The world in the age of stories (2020), and Roberta Lima’s Ghost Plant (2020)—both projects transfer the model of balanced and deeply interconnected ecosystems into social field and show the dependent and vulnerable position of each group, each individual. Though vulnerability is experienced differently, that has been proved by the current pandemic – no matter how emotional we might be about its uniting capacity, vulnerability still has a political dimension, and still the most vulnerable are exploited and suffer. Including nature, which got completely capitalized and enslaved to profits of global corporations. In this way, solidarity demands large political education to train our civic competences and develop awareness of the gravity of our choices. Including acknowledgment of the rights of non-human entities and exercising solidarity with them. Yet, art provides the critical distance for reflection and generating potential scenarios. While the art world, I believe, should not only facilitate it, but also keep with solidarity and supportiveness in its own structure, which still remains far from these principles. 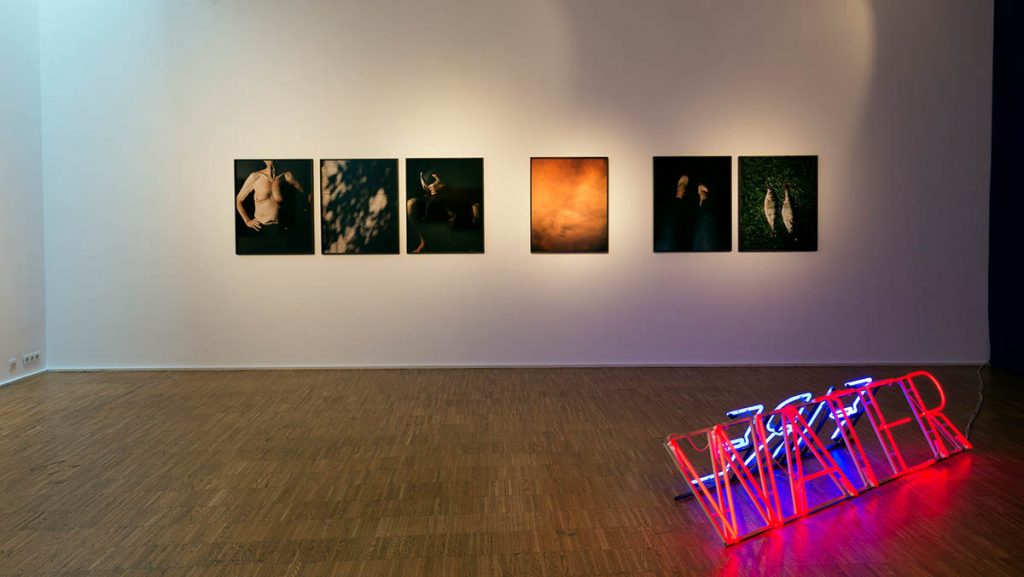 K. Gruzeis – Every Shade an Image 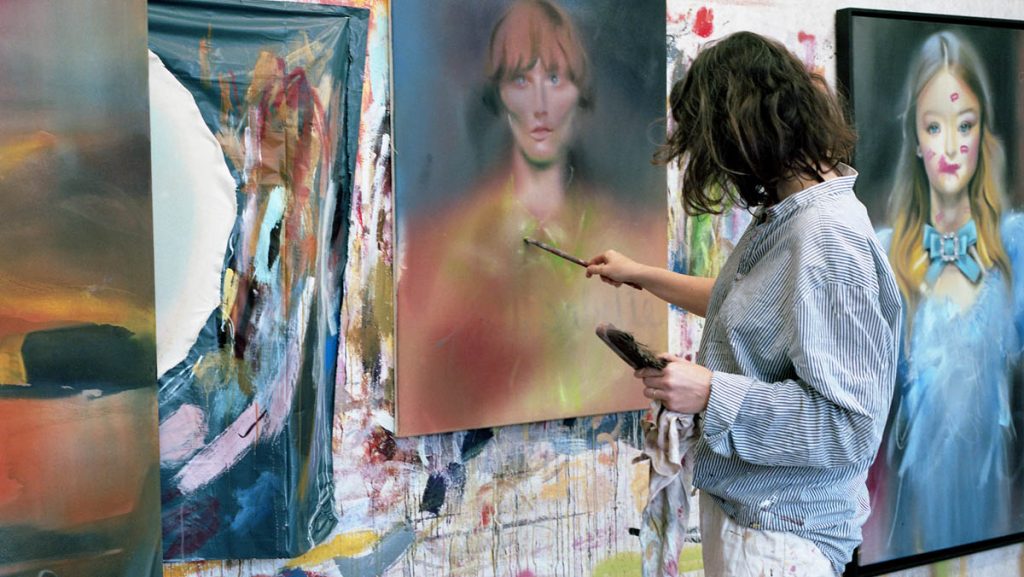 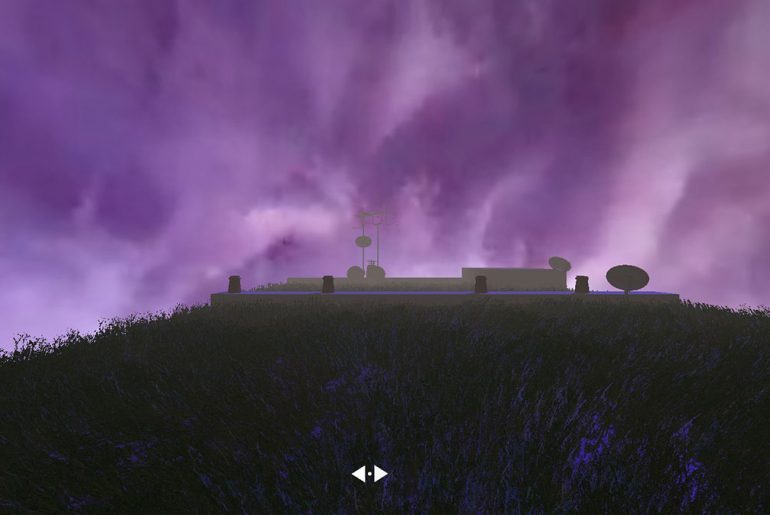 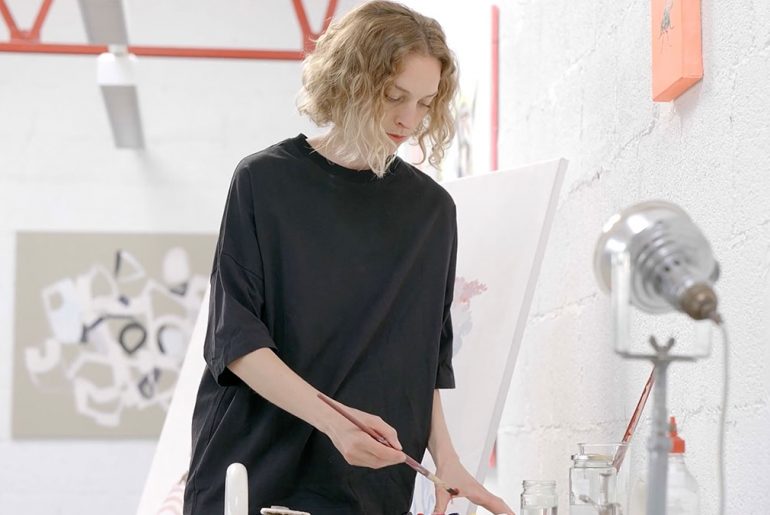 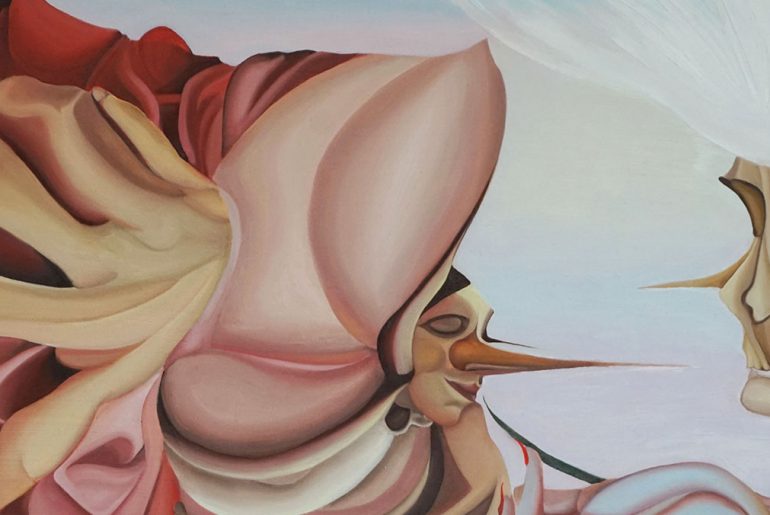