He prefers not to drink, but if he does, then a good "Bier vom Fass" or a nice glass of cognac from time to time. The smell of bubble gum transfers him to a happy place, and the last movie he cried while watching was “Hachi: A Dog's Tale”. His New Year resolutions are: more sports, fewer cigarettes, to meditate twice a day, go to sleep early and wake up early. But most importantly, Alexander's greatest desire is to live and die as a sculptor.
Red Carpet Interview by Diana Smaczynski
29. Mai 2022
Share
Share on Facebook Share on Twitter Pinterest Email

Poet, Artist or Sculptor?
In my opinion, being a poet deserves the most appreciation. A poet is a creator with words, which have immense power. Right after comes sculpting, which has a divine touch. In Russia, if you say you are an artist, you can just as well tell people that you are unemployed or crazy – there is no great appreciation or understanding for it. That is why I hate it when I introduce myself as a sculptor and somebody replies: „ah, so you are an artist.“ Something immediately twists inside me, even though I know that being called an artist is a generic term. It doesn’t bother me as much when people assume I am Russian, even though Ukrainian blood runs through my veins. My great-grandfathers came from Ukraine. They were coal miners in the Donbas, not far from the Russian border. But being called an artist, on some unconscious level, has something degrading for me.

How it all began.
Whenever a family member came back from travelling, they always brought us children plasticine – it is a modelling material in different colours that children can play with. I remember it very clearly, although I was just three years old. One day, I got plasticine from one of my aunts. It was love at first touch, as well as an escape from reality. My father had an alcohol problem, and my parents fought a lot. I couldn’t listen to them fight, so I locked myself away with plasticine and started experimenting. I let it explode, froze it in the fridge, filled it with paint just to destroy it and start from the beginning. Even though I nowadays work mainly with clay, the experiments with plasticine shaped my understanding of the material.

The big question.
There were fireworks in the small city where I grew up when my father asked me the big question, “who do you want to be when you grow up?” I was five. I asked him back what my occupation with plasticine was called. His answer shaped my goal in life, “It’s called sculpting”, he said. Since then, I knew I was going to be a sculptor. I sculpted everything I saw. I remember the feeling of satisfaction when I discovered how to make a nose. I learned the human form with my fingers, one by one. I chose cartoon characters, politicians, holy people, musicians, and actors to be my models. I still have a collection of dolls in my cellar. Among them you will find Stalin, Lenin, Bob Marley, Michael Jackson, Mask, Joker, Hitler, Nikolai I, Rasputin, Jesus, Ninja Turtles, Voldemort, just no name a few. It is a collection of things they showed me on TV. Every single doll has an individual character. They were my friends. I connected with them.

Living sculptures.
The dolls I made from plasticine when I was a young boy inspired me to go one step further: I had the idea to cover actual people with clay. I started with myself. I did a clay performance at the Rundgang at the Academy where I was a bored clay devil. Through this artwork, I was telling people that we have put even the devil out of his job by doing so many bad things to ourselves and to our environment. It was a great success. The second time I did a clay performance was when I covered my friend with 100 kg of clay. It was December. The transformation process took place outdoors and lasted several hours. In the end, he became Einstein.

To sculpt or not to sculpt?
After finishing high school, I told my parents that I wanted to be a sculptor. They reacted in a way most parents do. They told me I needed to learn a proper profession and earn money. So I studied engineering instead. I worked for 5 years as an engineer at a building construction company. During this time, I never stopped sculpting. I was twenty-four when I realized that 90 percent of my time was spent working for someone else and only 10 percent or less of it was spent doing what I truly loved – sculpting! I was ready for a change. I decided to leave Russia and to study abroad. My first escape to the Czech Republic didn’t work out as planned. I didn’t have a military pass as I hadn’t finished my military service yet – in Russia, after completing your first education, you can choose between one year of military duty or every Saturday for five years while studying. In between escapes, I worked as a cake decorator at a confectionery to finance myself.

After selling my car and my mother’s flat, I bought a military ID from an officer and was able to leave the country. Luckily for me, Russian corruption is still perfectly intact (laughs).

Where to go?
I went to Italy, France and Austria to visit the academies, and I fell in love with Vienna. It is so calm here. I need the silence to work and concentrate. I came here from wild Russia. My English was shit, my German even more so. I knew nothing about how things worked around here. I didn’t have one friend who could help me adjust. I wrote to everyone at the institute that they had to take me and if they didn’t, they would destroy my dream. When they invited me to take the exam, I had no idea what I wanted to sculpt. I figured since plasticine was always my best toy, I’d better stick to it and bought 12 kg of that material. During the three days of my examination, I was in a frenzy. I sculpted, not noticing time passing. My fingers had a cramp a few times. I had to pull them with force to even be able to stretch them. It was like a hard workout, but it paid off: I got accepted!

Rock, paper, scissors?
Mostly, I work with clay and stone. When it comes to wood, I think that the best wooden sculpture is a tree. And that’s that. As for my technical approach to stone I often start with clay. August Rodin once said: „Work with clay and then you will understand stone.“ And he was right. When you start with clay, you will realize that stone is soft. I always create a small-scale model from clay and cut it to understand the form I want to „dig out“ of stone. I am like a dwarf looking for the hidden gold beneath the stone surface. As Goethe used to say, “I’m learning from what I’m doing”. I did a piece inspired by Giacometti once, to go behind the artists, to understand him. I closed my eyes and saw with my hands. Everything that is alive interests me: all kinds of animals, especially human animals. That’s why I enjoy giving people massages so much.

I like to see how the muscles are attached to the bone. A massage is kind of a forestudy for my artworks.

NTF or WFT?
I think that digital money is the future, and so is the NFT as part of this system. I made an NFT GIF once for which I could most probably go to prison in Russia. It shows Putin with a crown upside down when I smash it to pieces. I think the next ten years will be unsteady in Russia because of the war with Ukraine. People will get imprisoned for nothing. I hope one day though I can go back and live my life in peace… The work displayed at the Red Carpet Showroom at Volkstheater is also going to be digitalized. At first, the installation wasn’t political. But when the war started, I chose to make it political. Every pig is a big political player: America, Germany, France, Russia, and Ukraine. Some players are stronger, some are weaker, but they are still all pigs. For the NFT GIF I plan to put tuxedos on them and stick the flags in their mouths. The pigs are made of clay and cement and will be destroyed after the NFT is ready. Stone on the other hand is my offline work. I never do NFTs from stone sculptures as they are eternal.

For what.
Deep down I always knew what I wanted to do in my life and what made me happy. But it takes courage to listen to your heart. And even when you finally choose your way, it is very hard to take the first step. It is also very hard to do the next step. You constantly doubt yourself and overthink everything. And sometimes you face hard times. I even ate from the dumpster once or twice. But if there is at least one person in the world who loves you, you should not waste your life. You must carry on. I always thought that this was not my time, not my space. I thought I was being too conservative. But now I understand how I motivate people around me with my passion and my convictions. And people motivate me in return.

There is a saying, that you must save yourself first before you help others. For me it is the same with art. With clay and with stone, I write my story for the people to read.

Anything else?
I want to take my 8-year-old son by the hand and be able to show him the world at peace. 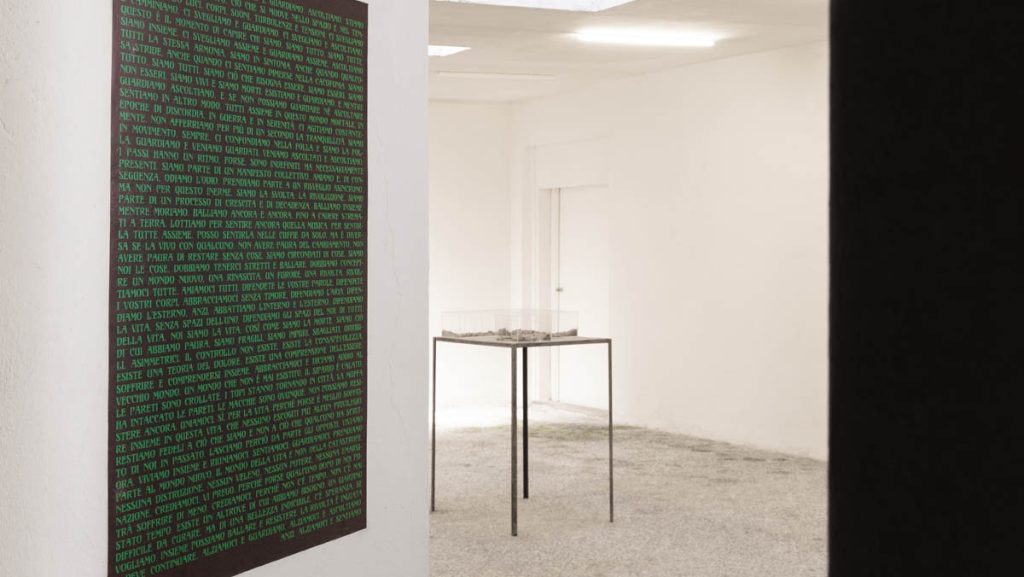 There are more things. 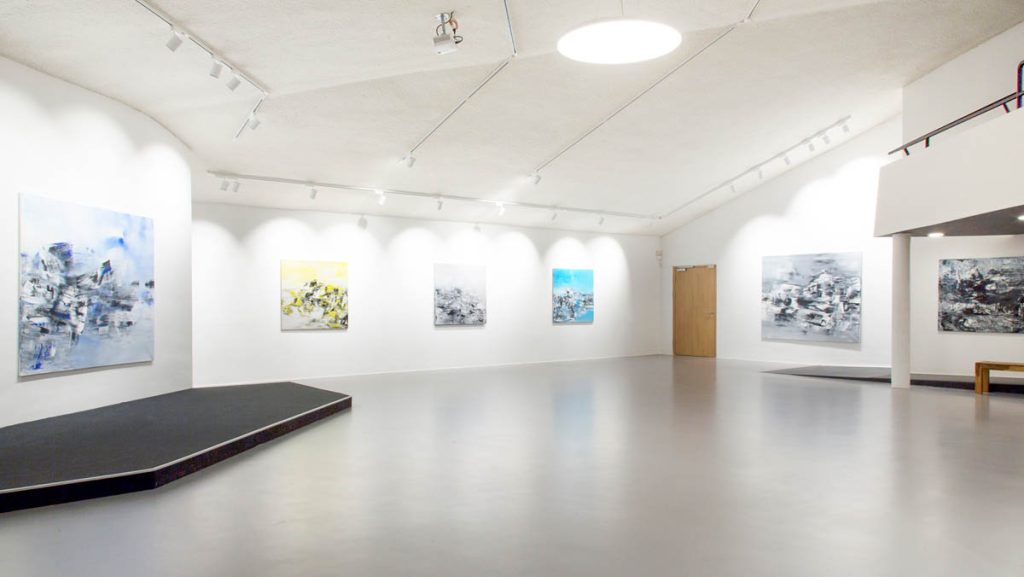